‘OCG members need not apply’: Police use Line of Duty storyline to find new recruits but insist their process is much stricter than in the TV series

The British Transport Police have used an image of a gang member from hit BBC series Line of Duty in a bid to recruit more people to the force.

The drama showed a criminal member of the fictional organised crime group (OCG) entering the police force in an apparent bid to inform the gang of operations.

The force insisted their recruitment process is much tougher than that portrayed in the hit TV series and used an image of cop-killer character Ryan Pilkington, who is played by actor Gregory Piper.

In the series Pilkington slit the throat of undercover police officer John Corbett, played by Stephen Graham, who was disguised as a leader of the OCG.

Pilkington was also seen discussing his plan to get into the police and follow in the footsteps of Dot Cottan, aka the Caddy – a high ranking police officer who acted as an informer for the gang. 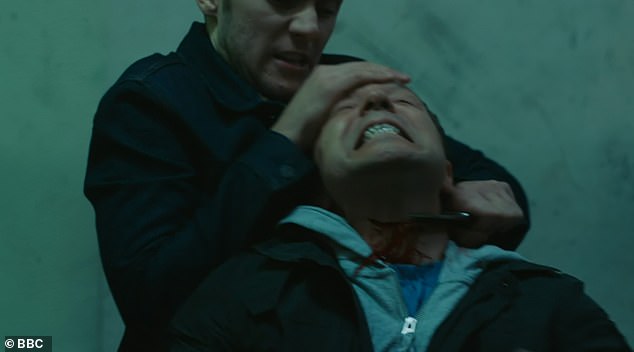 Ryan had a key role in the OCG in series five, even being the one to murder undercover cop John Corbett

BTP’s careers team used the popular drama as an opportunity to advertise a career in policing on social media – but jokingly added ‘OCG members need not apply’.

The Tweet read: ‘Please be assured, our recruitment is much better than this.

‘If you’re looking to work with @BTP then please visit http://careers.btp.police.uk to find out about opportunities to join us. 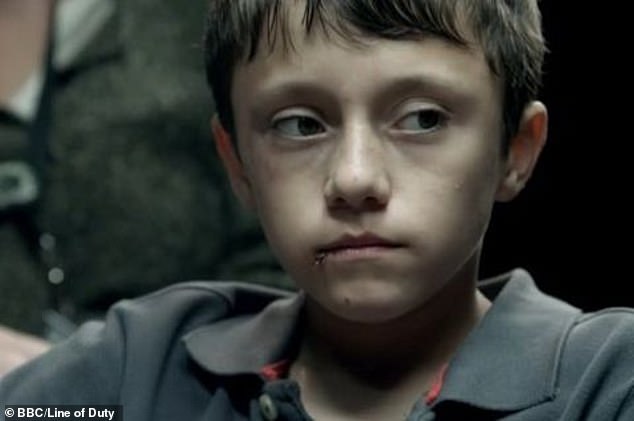 Ryan Pilkington seen in series one, when he was supplying burner phones to members of the OCG, while riding around the estate on his BMX bike

‘Our team follows the letter of the law. The letter! #LineOfDuty’

Pilkington first appeared in series one of the popular BBC drama in 2012 – when he was a child supplying burner phones to criminals in drug and weapon dealing gangs.