Police have today launched an urgent hunt to find a missing 12-year-old boy who has not been seen for more than 24 hours.

George Blanchard was last seen at 12.12pm on Monday in the Chapeltown area of Leeds, West Yorkshire.

The schoolboy is from Armley and is known to frequent the Chapeltown and Harehills areas of the city.

George is described as white, 5ft 3ins tall, slim, with mousy blond hair which is shaved at the sides and longer on top. 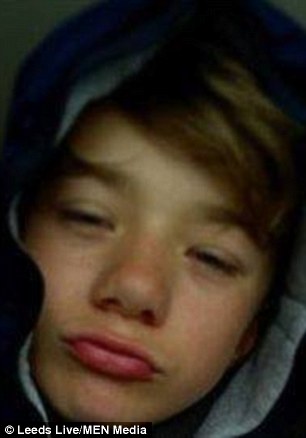 George Blanchard (pictured) was last seen at 12.12pm on Monday in the Chapeltown area of Leeds, West Yorkshire

He was last seen wearing a green parka coat, jeans and a blue backpack.

She said today: ‘We are very concerned for George’s welfare due to his age and the length of time he has been missing, and we urgently need to hear from anyone who has seen him or who knows where he is.

‘We have officers out searching for him and checking various addresses and we would like to hear from anyone who has any information that could assist us in finding him.’