London Metropolitan Police have seen a huge increase on the register of people of interest following a year of headlines including Harry and Meghan’s exit from Royal duties.

There are four more names on the category of ‘high concern’ since last year, taking the total number to nine.

Security experts believe the rise has come because of an increase in ‘disregard’ for the Royal Family amid revelations about the Duke of York’s friendship with late paedophile Jeffrey Epstein.

Security expert Richard Aitch, who is projects director at Mobius International, said others were angered by the addition of Meghan to the Royal Family.

He said: ‘Many of these people could be described as “cranks” and “nutters” and in many ways, although their risk has to be considered, they would to my mind pose a lesser importance to those threats emanating from terrorism.

‘The arrival of Meghan on the scene would, I believe, increase the figures somewhat for various reasons and towards the latter part of 2019 the disclosure of the intent to leave Royal duties and move main residence to Canada would also contribute as a major influencing factor on those figures increasing.

‘In addition, the Prince Andrew controversy and the strongly critiqued television interview creates an increase in disregard for the Royal Family, that potentially could have dangerous ramifications.’ 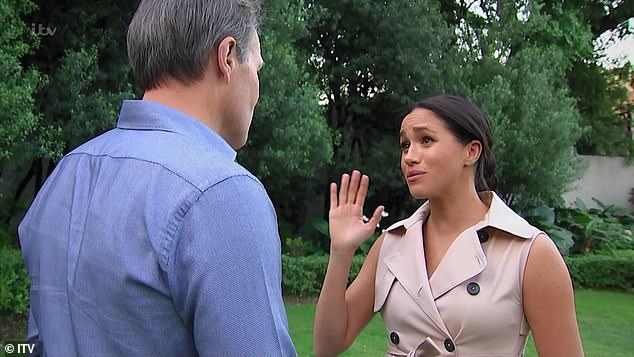 Security expert Richard Aitch, who is projects director at Mobius International, said others were angered by the addition of Meghan to the Royal Family

The 122 people on the current list are being monitored by the Met’s Fixed Threat Assessment Centre (FTAC) which categorises their risk potential, reported The Express.

It is a joint Metropolitan Police and NHS unit comprised of detectives and mental health professionals.

The unit was established in October 2006 in response to evidence that a significant proportion of fixated people are severely and acutely mentally ill and urgently need professional medical help.

Last year a number of royal stalkers with were being tracked ahead of Harry and Meghan’s wedding, with more than half were of moderate or high concern.