Police officer, 47, is killed in ‘single vehicle crash’ on the M6 in Cumbria

Police officer, 47, is killed in ‘single vehicle crash’ on the M6 in Cumbria

A 47-year-old police officer has died following a single car crash on the M6 in Cumbria after his vehicle reportedly burst into flames.

The accident happened between junction 44 and 43 southbound of the motorway near Carlisle at around 2pm on Sunday.

He was the only occupant of the police car at the time of the crash and was pronounced dead at the scene, Cumbria Constabulary said. 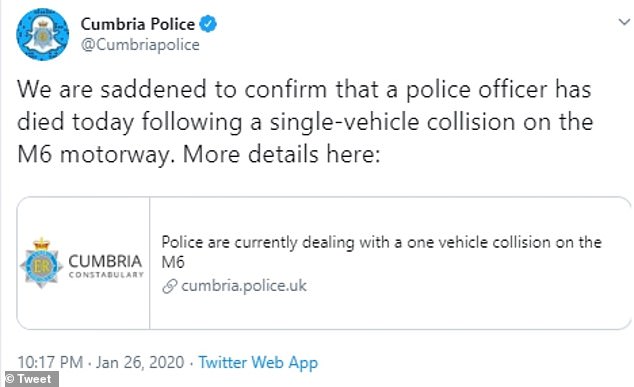 Witnesses claimed the police car swerved off the road and went down a ditch next to the southbound carriageway of the motorway.

A passerby was said to have jumped in to try to save the police officer as emergency services arrived a not longer after the accident.

A source near the scene reportedly saw the vehicle on fire, according to LBC News.

The Central Motorway Police Group tweeted: ‘I’m sure I speak on behalf of all our followers in sending our thoughts and prayers to the officer’s colleagues, family and friends at this tragic time.’

The officers had a young family and his wife is also a serving officer in Cumbria Police, according to reports. 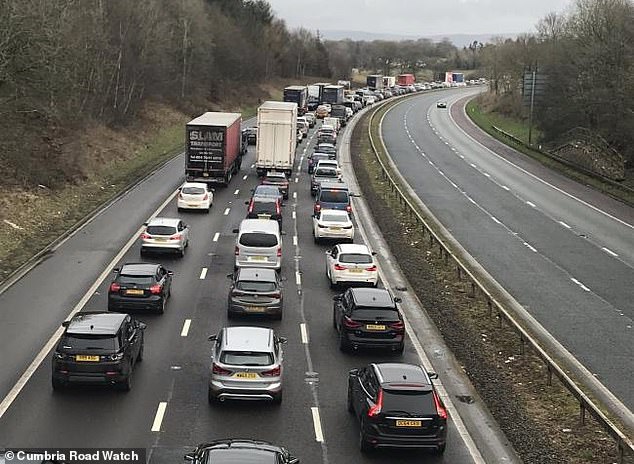 A spokesman for the forces said in a statement: ‘We are saddened to confirm that a police officer has died today following a single-vehicle collision on the M6 motorway.

‘The officer – a 47-year-old man who worked for Cumbria Constabulary’s Mobile Support Group – was pronounced dead at the scene and was the only occupant of the vehicle.

‘Specialist officers are supporting his family at this time.’