A police chief involved in the discredited Ted Heath paedophile inquiry is retiring on a full pension despite being under investigation for misconduct, it emerged last night.

Currently on sick leave, Detective Superintendent Sean Memory is retiring from the Wiltshire force for medical reasons after 30 years of service.

It was alleged Det Supt Memory had sent ‘inappropriate’ texts to a female relative of Sian O’Callaghan, who was killed by Christopher Halliwell in 2011

Det Supt Memory was the lead detective in the two-year, £1.5 million inquiry – known as Operation Conifer – into the former Tory PM.

But after an outcry over the investigation – during which Det Supt Memory held a press conference outside Sir Edward’s former home – he was signed off for stress and removed from the inquiry on long-term sick leave last January.

It was later revealed that he was under investigation for misconduct for allegedly having an inappropriate relationship with a woman involved in a separate case.

It was alleged Det Supt Memory had sent ‘inappropriate’ texts to a female relative of Sian O’Callaghan, who was killed by Christopher Halliwell in 2011.

The former taxi driver was sentenced to life in prison for murdering Miss O’Callaghan, a 22-year-old office worker from Swindon, as well as 20-year-old sex worker Becky Godden, in 2003. 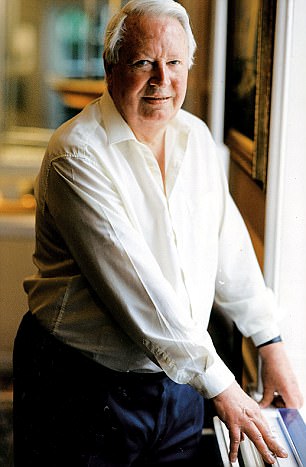 Det Supt Memory was the senior investigating officer in both murder cases.

The relative’s estranged husband told The Sun on Sunday: ‘I thought something was going on and I thought it was him [Det Supt Memory]. She would get all these texts from him signed off with kisses. The content in one was completely inappropriate.’

Wiltshire Police said Det Supt Memory was being allowed to retire on medical grounds before the outcome of the inquiry into the misconduct allegations are disclosed.

A spokesman told The Daily Telegraph: ‘We can confirm that an application from Det Supt Sean Memory to retire on medical grounds has been permitted.’

The force said regulations allowed officers to retire or resign before the conclusion of an inquiry, if they were medically unfit or certain ‘exceptional circumstances’ allowed them to do so.

A senior Wiltshire Police source said: ‘Sean Memory is being allowed to retire in the New Year when he will have done 30 years’ service. He is not in a good place. The chief [Chief Constable Mike Veale] has let him go and retire. He will get a full pension.

‘Sean to some extent has been a victim himself of the Heath inquiry. He is very well respected among officers who worked with him. He was very friendly, very approachable.’

Det Supt Memory stood outside the gates of Arundells, the late PM’s home in Salisbury, to say in a televised statement that ‘anyone who believes they may have been a victim’ should come forward.

He said: ‘This is an appeal for victims: in particular, if you have been the victim of any crime from Sir Ted Heath or any historical sexual offence, or you are a witness or you have any information about this, then please come forward.’

Chief Constable Veale has insisted the investigation was ‘proportionate and fair’.