Police officer sacked for having sex with a colleague

PC Christopher Frost, a father-of-two, romped with the woman after dealing with a domestic violence call

A married police officer who engaged in ‘sexual activity’ with a colleague in the back of a patrol van while on duty has been fired.

PC Christopher Frost, a father-of-two, had intercourse with the woman after dealing with a domestic violence call.

The father-of-two also touched another colleague on the bottom, just two days later, a disciplinary hearing at Derbyshire Police headquarters was told.

He was sacked today after a gross misconduct panel ruled his actions ‘amounted to a breach of the standards of professional behaviour.’

The hearing was told PC Frost had sent female colleagues a series of ‘flirty’ text messages, including telling one he wanted to get her ‘all sweaty’.

PC Frost joined Derbyshire Police in 2005, and had won awards for his work as well as raising thousands of pounds for charity.

However his career is now in ruin following the incidents, which took place in October last year.

The panel heard the force became aware of the romp between him and the female officer when ‘comments’ were made during a late shift.

It was claimed PC Frost was the more senior officer and had ‘instigated sexual activity’.

While on duty as an acting sergeant two days later he then grabbed another colleague’s bottom without her consent, leaving her ‘shocked and uncomfortable.’ 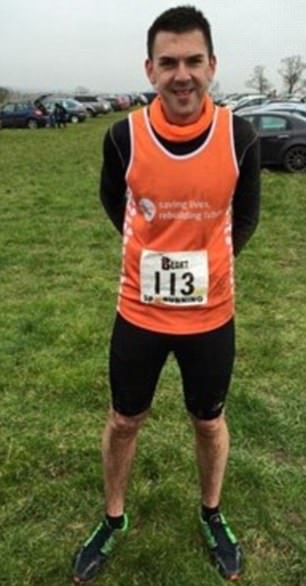 PC Frost wept as he told the hearing he had ‘let himself and his family down’, said he was ‘proud’ to represent Derbyshire, and asked for forgiveness.

Inspector Mark Pickard of Derbyshire Police Federation, who represented PC Frost, said the officer was ‘truly sorry’ and asked panel members to consider giving him a final written warning, adding: ‘Nothing like this will ever happen again.’

But he was dismissed with immediate effect.

Speaking after the hearing, Deputy Chief Constable Gary Knighton, of Derbyshire Police, said: ‘We expect our officers to conduct themselves in a professional manner at all times and treat their colleagues and the public with respect.

‘This officer failed to meet these expectations and has been dismissed after a gross misconduct panel found his actions amounted to a breach of the standards of professional behaviour.

‘The public has a right to expect the highest standards of conduct and integrity from those delivering their policing services and the force will take appropriate action as necessary to uphold those standards.’

PC Frost, who has two daughters aged five and three, married his wife in 2014. 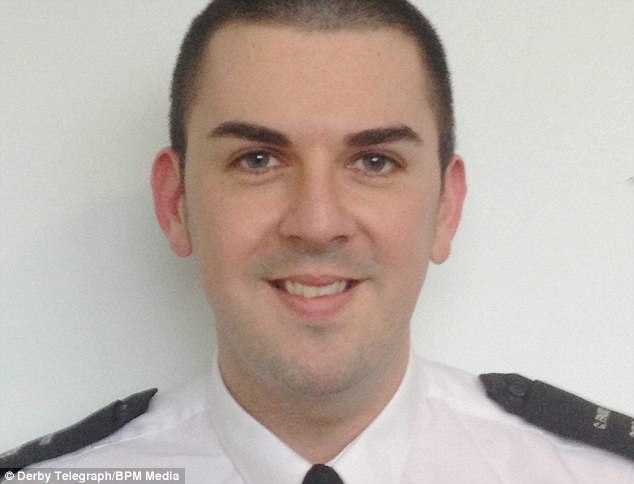 PC Frost joined Derbyshire Police in 2005, and had won awards for his work as well as raising thousands of pounds for charity