A police officer who spent years having run-ins with the notorious Bra Boys gang has told of his encounters with one its most formidable members.

Sergeant Ron Mason has lifted the lid on his stand-offs with gangster Tony Hines, whose reign came to an end when was found dead at the bottom of a cliff in 2003.

The gang, which originated in Maroubra in Sydney’s south-east, rose to local prominence in the 1990s after it had gained a reputation for street violence, drugs and other organised crime.

Bra Boys gang member Tony Hines (pictured in prison in 1994) was found dead at the bottom of cliffs in Maroubra in 2003. He grew to be one of the gang’s most feared members and had multiple stand-offs with police

Over the years, Hines – who grew up in public housing in city’s eastern suburbs – developed a grudging respect for Mason, and vice-versa, as a result of their frequent encounters.

‘I lived in the eastern suburbs at the time (and) I’d met him a few times. (I’d say,) “Tony, how are you going?” and he was civil to me and nice, but I’d never turn my back on him,’ Mason told True Crime Australia. 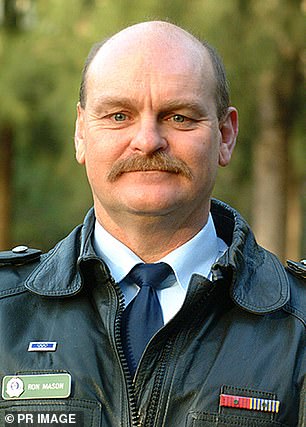 Sergeant Ron Mason has lifted the lid off his stand-offs with standover gangster Tony Hines, including a time when he knocked him out during an arrest in 1989

He recalled one memorable showdown with Hines at a bar in 1989, when he showed up to arrest the gangster, but quickly realised he was vastly outnumbered.

Hines had a warrant out for his arrest and had been hanging out at the Maroubra Hotel with at least 15 to 16 other gang members, when Mason showed up with a partner.

He decided to go in with a friendly approach, hoping Hines would surrender himself if he asked nicely.

‘I went in and said, “Tony, I’ve got a warrant for you, and I’m also going to arrest you for the assault of the police officer”.’

But Hines, calm, cool and collected, replied that he was drinking his beer.

His reaction set the scene, drawing in spectators who quickly prepared to watch a clash.

Mason, still playing good cop, then asked Hines once more to give himself up, and that’s when things escalated.

He watched as Hines emptied his beer glass, preparing to smash it on him, but Mason acted quickly, knocking him out with one punch.

Hines was removed from the bar and taken to the police station. 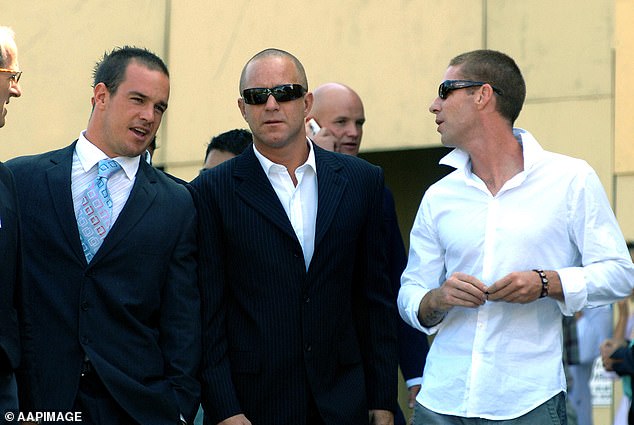 Bra Boys: Koby Abberton (left) with his brothers Sunny (centre) and Jai (left) leave the NSW Supreme Court in Sydney in 2006. The siblings, who are the most prominent members of the gang, have made headlines over the years for their alleged involvement in crimes 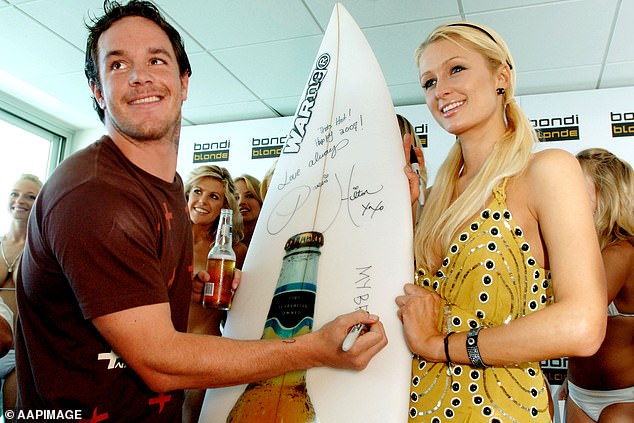 When asked why he put up a defiant front, Hines reportedly told the officer that he felt compelled to put on a show in front of all his mates.

WHO ARE THE BRA BOYS?

Their name comes from the beachside suburb Maroubra, in the city’s south-east

The most prominent members are brothers Sunny, Koby and Jai Abberton

The gang has inspired television characters and even films including 2017 movie Bra Boys: Blood Is Thicker Than Water – which was narrated by Russell Crowe

During another police encounter, Hines had been wanted for allegedly assaulting his girlfriend, but had barricaded himself in his apartment by blocking his door with lounges when police showed up.

Police devised a plan to nab him after they were informed he was armed with a knife and possibly a gun.

When Mason made his way in alone, he found Hines lying face down in his bed with his hands under his pillow.

Mason tackled him on the bed, getting a hold of Hines’s hand which had been grasping a large ‘machete-sized’ knife, and he ultimately disarmed him.

Years later, in 2003, Hines’s involvement in the gang eventually caught up to him and he was killed after being shot in the head three times.

His naked body was found at the base of cliffs at Maroubra.

Fellow Bra Boy Jai Abberton was charged with his murder but was found not guilty on the grounds of self-defence, successfully claiming Hines was going to rape a woman and kill him. 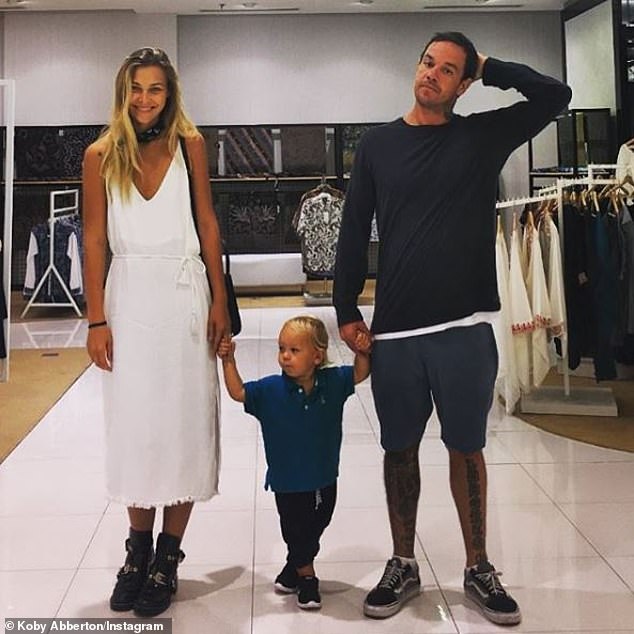 Koby Abberton, 39, with his fiancee Olya Nechiporenko and their son

Despite his reputation as a menacing gangster, Mason acknowledged Hines could have potentially led a successful life had he made better life choices.

‘When you spoke to him he was intelligent, even a nice guy, but it was a matter of time before somebody got him because he created that many enemies,’ Mason said.

The Bra Boys’ reputation on the streets led them to be subjects of a movie, formed a clothing label and inspired the fictional River Boys in the TV drama series Home And Away.

The gang’s most prominent members, brothers Sunny, Koby and Jai Abberton, have made headlines over the years for their alleged involvement in crimes.

They were born to a heroin-addicted mother and cared for by their grandmother Mavis, known as Ma. Sunny, Jai and Koby all grew up to surf professionally.

The Abbertons even became the subject of a 2007 documentary called Bra Boys: Blood Is Thicker Than Water, narrated by Oscar-winning actor Russell Crowe.