Two British police officers are alleged to have broken a toilet cubicle while having sex on a hurricane rescue mission to the British Virgin Islands.

A tribunal into gross misconduct heard that the two officers, who have not been identified, were said to have damaged the door during a vigorous sexual encounter.

The claims were made by Derbyshire Chief Supt Graham McLaughlin, the ‘gold commander’ of a contingent of UK police officers sent to the British Virgin Islands to assist with the response to 2017’s Hurricane Irma.

The 53-year-old appeared at Derbyshire Police headquarters in Ripley yesterday for the tribunal, where it was alleged that he had sent ‘menacing’ text messages to a female officer, threatening to release ‘graphic’ details of her sex life.

McLaughlin revealed the claims about the two officers as he said ‘worse things’ had been done by other members of the force, citing the toilet incident as an example.

He said their amorous behaviour was an example of more serious misdemeanours committed by other officers who, unlike him, had been investigated and escaped censure. 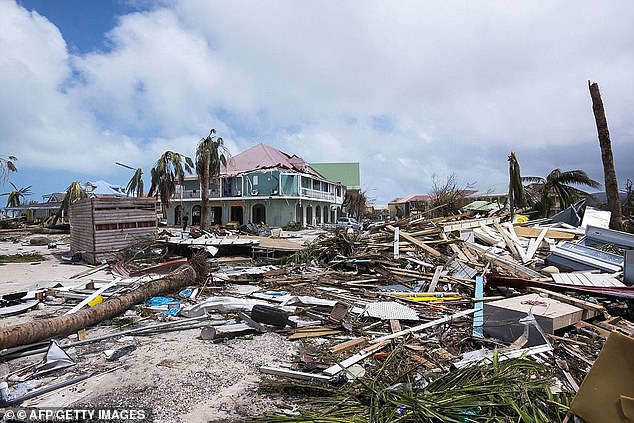 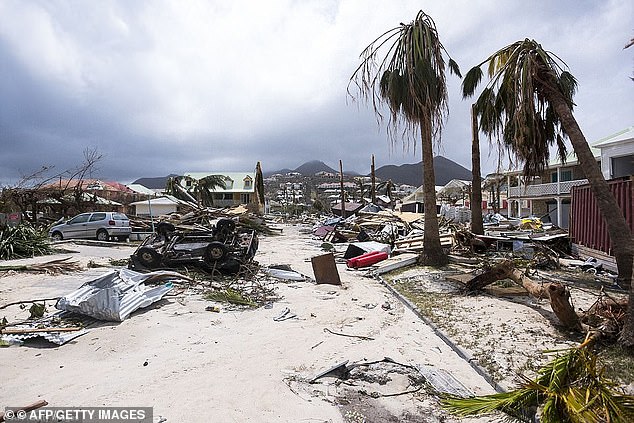 Arguing that it was wrong to hold a hearing against him over the issue of the menacing text message, he also cited an example of a senior Derbyshire Police officer who had allegedly been investigated over claims he had groped a female colleague in a police office in Derby.

Mr McLaughlin also alleged a Derbyshire Police officer escaped censor after he was investigated for driving a marked police car home after a social event.

Branding the proceedings a ‘sham’ which had been instigated as a result of a ‘personal vendetta’ against him by a senior colleague, the former officer then absented himself from the rest of the proceedings and walked out.

The hearing was told that McLaughlin had been made the subject of a misconduct meeting which resulted in a final written warning as a result of an incident which took place during the Caribbean mission.

As part of his appeal against the final warning, McLaughlin sought to persuade the recipient of his menacing text to make a statement in his favour.

The hearing was told McLaughlin posed as a third party to send a message to the policewoman, writing: ‘Chief supt. Graham McLaughlin is a very good friend of mine. You chose not to help him and now he has been disciplined which has destroyed him.

‘If you don’t contact him by 5th October “X” will receive a recorded delivery letter with a copy of “Y”’s statement which graphically details you having sex with “Z”. Do the right thing. Graham is a good man, a good friend and a good boss!’

The woman officer reported receiving the text to the Police Federation which resulted in Mclaughlin’s arrest in October last year.

Caroline Sellars, a solicitor for Derbyshire Police, said the text had left the constable, who the hearing ruled could not be named, ‘shaken to the core, anxious, nervous and unable to sleep or eat properly’.

It was alleged at yesterday’s hearing that McLaughlin conduct in sending the text amounted to a breach of the standards of professional behaviour for discreditable conduct and honesty and integrity, contrary to the Police (Conduct) Regulations 2012, with the officer ‘having sent a menacing text message to another police officer and having received a simple police caution, as a consequence’.

Hearing chairman Simon Coles, the chief constable of Leicestershire Police, found that McLaughlin’s ‘very serious breach of behaviour’ amounted to gross misconduct, adding that had McLaughlin still been a serving police officer, he would have been dismissed from the service.

McGlaughlin sent the text to the woman in September last year. He retired two months later and was cautioned this February.