Sathyapriya Senthil and her husband, Karthik Lakshmanan, were in an Uber, heading from Jersey City, New Jersey, into Manhattan on Monday at about 7.30am, when Senthil went into labor.

They were on their way to a Midtown Manhattan hospital when Senthil’s contractions started.

Port Authority police officers (L to R) Dana Fuller, Catherine Conant and Krystal Armenti  delivered a newborn baby while Sathyapriya Senthil (in yellow) and her husband, Karthik Lakshmanan (in red), were in an Uber on their way to a Manhattan hospital 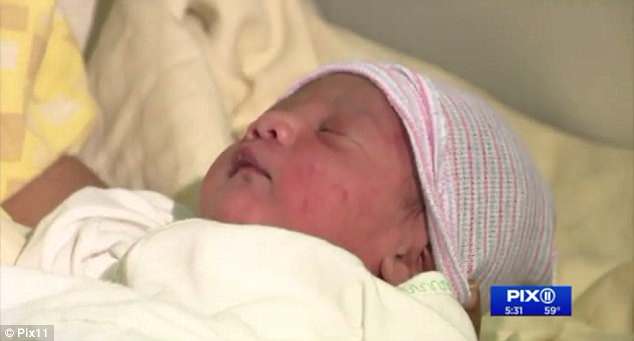 ‘We pulled over and she was screaming,’ Lakshmanan told PIX 11, adding that he heard her water break when they were near the New Jersey side of the Lincoln Tunnel toll booths.

The Uber driver pulled over and called for help, which came in the form of Port Authority Police Officers Krystal Armenti, Dana Fuller and Catherine Conant.

The three officers were able to safely deliver the baby in the backseat of the Uber, about 100 feet away from the toll booths.

‘They were sitting in the back seat. He thought the baby was coming out. Within a few seconds the baby came out,’ Armenti told CBS 2. 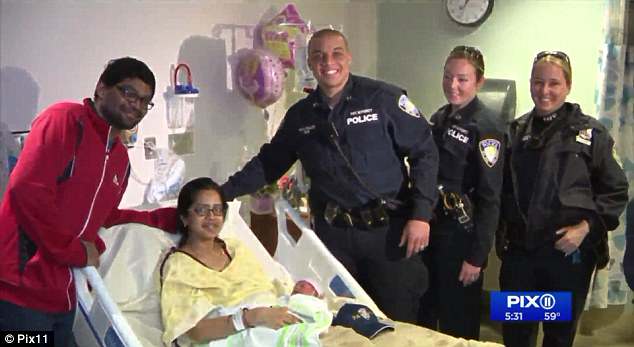 Officers (L to R) Fuller, Conant and Armenti delivered the newborn while Senthil and Lakshmanan reunited at the hospital later in the day after the baby was born 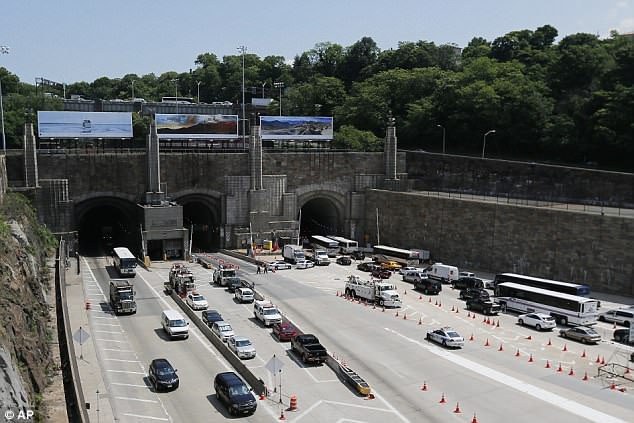 ‘I immediately got a blanket, any equipment that we needed in order to make sure this baby was safe,’ Fuller told ABC 7, while Conant noted that, ‘They were in a really good spot. If you’re going to deliver a baby at the Lincoln Tunnel, that’s where you should deliver a baby.’

After the baby was born, Lakshmanan cut the umbilical chord and the family was taken to the hospital, where they were later reunited with the police officers, according to NJ.com.

Both Senthil and Lakshmanan called the officers miracle workers.

The baby, named Sailakshmi, after the Hindu goddess of wealth, weighed six pounds and three ounces. She was born two and a half weeks prior to her due date and is said to be doing well.

Senthil and Lakshmanan also have an eight-year-old daughter.