Police officers who shot unarmed Stephon Clark are back on duty

The two police officers who shot and killed unarmed Stephon Clark in March are now back on duty.

The two officers, who have not been named by California’s Sacramento Police Department, were put on paid administrative leave following Clark’s fatal shooting on March 18.

Police officials said Thursday that the two officers are not working in a patrol capacity for personal safety reasons, but it is not immediately clear what their duties are at present or when they actually returned to work, KCRA reported.

Sacramento Police Department officials have said that the two officers who fatally shot unarmed Stephon Clark, 22, are off administrative leave and back on duty 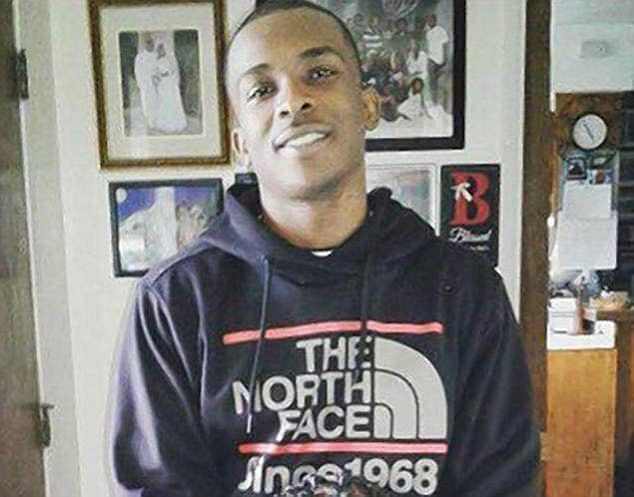 The officers shot and killed Clark in his grandparent’s backyard on March 18. Police said officers believe Clark was armed, but it was later discovered he was only holding a cellphone

Clark, 22, was shot and killed in his grandparents’ backyard at night, after a police helicopter led the officers to him. The officers were responding to a report of a person breaking car windows at the time.

Police said the officers who fired 20 rounds at Clark believed that he was armed, but it was later discovered that he was only holding his cellphone.

On Monday, police released 54 additional videos revealing audio and video of the moments leading up to and following Clark’s shooting.

Among the details shown by the newly released video, was the fact that officers had muted their body camera microphones at least 16 times after the shooting occurred, and that six minutes passed between the time shots were fired and chest compressions were attempted on Clark, the Washington Post reported.

While an official report from the Sacramento County coroner has not yet been released, an independent autopsy arranged by the Clark family’s attorney revealed that Clark was shot eight times. 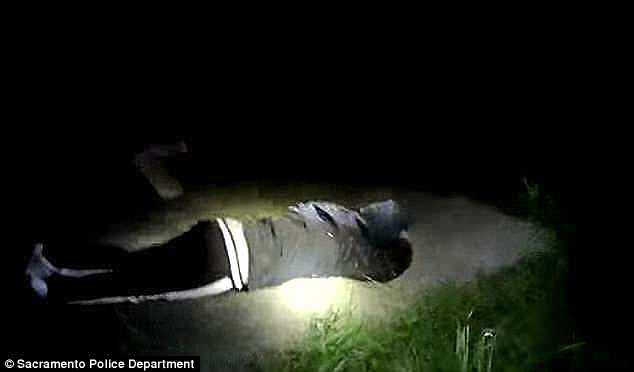 Authorities released 54 new videos of the time before and after Clark’s fatal shooting. The videos revealed six minutes passed before life saving efforts were applied to Clark (shown) 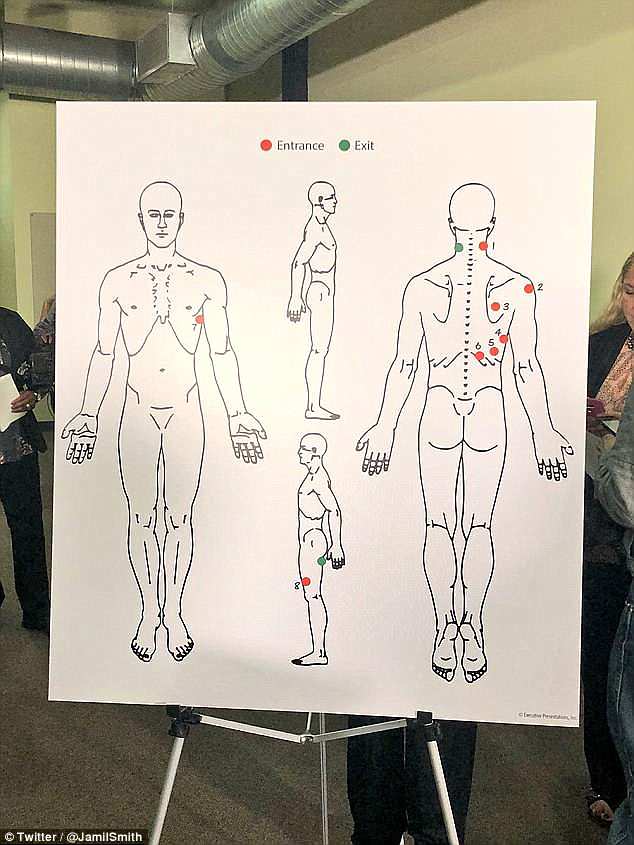 An independent autopsy revealed Clark had been shot eight times, six times in the back

Clark’s shooting is currently under investigation.

The California Attorney General’s office will be providing oversight over the investigation and also conducting a review of police policies and use-of-force training.

Sacramento County District Attorney Anne Marie Schubert will decide whether to bring criminal charges against the two officers who shot and killed Clark once the police department finishes its investigation.

During a press conference Wednesday, Schubert said all police use of force cases would be investigated in a ‘fair, independent and just’ way and that the decision about whether to prosecute the officers would be based on whether the DA’s office could prove beyond a reasonable doubt that a crime had been committed.

Schubert, who spent 28 years as a law enforcement officer, has not charged a police officer in a use of force case since she took office, according to ABC10.

Clark’s brother, Stevante Clark, 25, was arrested Thursday morning for making threats to commit a crime resulting in death or great bodily injury. He was also accused of calling 911 with the intent to annoy or harass.

The Sacramento Police Department did not provide details on Clark’s arrest, but said the incident was being investigated.