Police pounce on an Adelaide ‘prowler’ hiding on the roof

When an Adelaide family woke to strange noises in the early hours of Friday morning, they did not expect to find a man hiding on the roof of their house.

After they raised the alarm, police arrived at the Solieva residence to find a ‘prowler’ lying on their roof.

But when police surrounded the property tried to detain the 38-year-old, he panicked and started to scream.

A search of the  intruder’s backpack yielded gloves, a balaclava and lots of sets of car keys

He eventually came down and was immediately taken into custody.

Chilling video footage shows the intruder lying on his stomach with his hands behind his back, shouting, ‘Please, I’m not even struggling, I’m f***ing choking up, please.’

During a search, officers seized gloves, a balaclava and numerous sets of car keys from the intruder. The family originally thought that it was a cat on their roof.

Rohila Solieva, who was inside the house at the time, told 7NEWS she heard the man calling out for his mother.

‘The police officer was like, ‘mate, calm down, your mother’s not here’,’ she said.

The family told that they thought it was cat on their roof, before finding a dark figure hiding behind their air-conditioning unit. 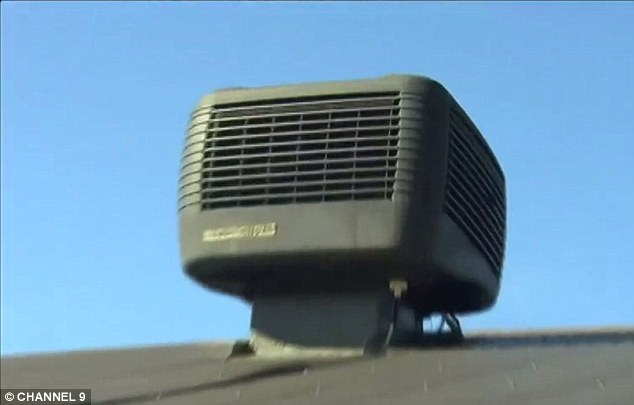 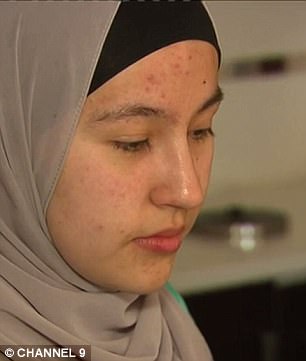 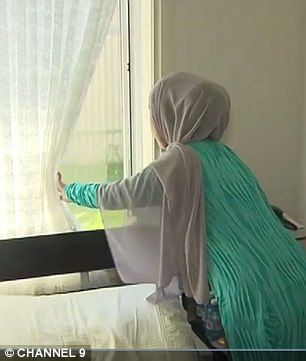 The family is reportedly so ‘rattled’ by the early morning scare that they are now considering packing up and moving out so they can ‘sleep peacefully’.

Meanwhile, the intruder has been charged with being unlawfully on premises and being equipped to commit an offence.

The Elizabeth Downs man was released on bail and is expected to front court in December.