Police are investigating the deaths of 25 patients of an Essex NHS Trust, it emerged today.

Detectives had been looking into the deaths of seven people in the care of North Essex Partnership NHS Foundation Trust after 20-year-old Matthew Leahy was found hanging at the Linden Centre in Chelmsford, Essex.

The investigation has now been expanded to examine the deaths of up to 25 people at nine different mental health units run by the trust since 2000.

MPs Priti Patel, who is the local MP for many of the families, and Norman Lamb have urged Health Secretary Jeremy Hunt to order a public inquiry.

A police investigation has been launched into the deaths of patients at mental health centres run by North Essex Partnership NHS Foundation Trust. Matthew Leahy (pictured with his mother Melanie) was found hanging at the Linden Centre in 2012

Two years ago a Care Quality Commission report found improvement was required and warned there were too many places at the Linden Centre where patients could hang themselves.

Matthew Leahy, who suffered mental health problems following cannabis use, was not allowed visitors for the first seven days to ‘let him settle on the ward’.

A week after admission a doctor contacted his mother, Melanie, to say he had been found dead in his room.

The expansion of the investigation was revealed by 5 News during the inquest into the death of Patrick Aspbury, who was an in-patient at the Linden Centre when he was killed by a train at Chelmsford railway station.

The 23-year-old’s death does not form part of the expanded criminal investigation, but the ongoing inquest has heard criticisms of the centre.

Describing what he called the ‘sleepiness’ of the ward at the inquest, Patrick’s father, Peter, said: ‘Patrick was bored and it was clear when he attended the ward.’ 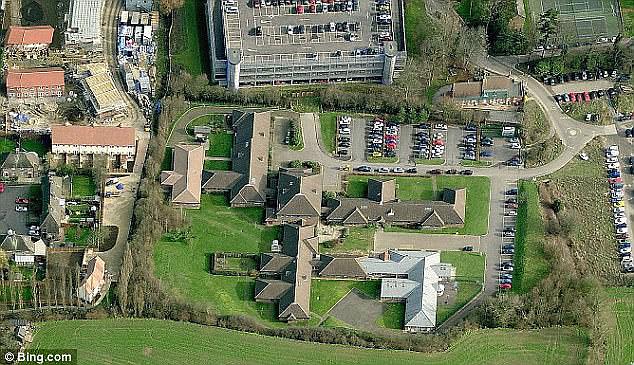 As well as deaths at the Linden Centre, near Chelmsford (pictured), police are now looking at deaths at eight other centres, it emerged today

He added: ‘My impressions on attending the ward several times after that was that patients were just drifting.

‘Staff seemed to be overpopulating the staff room where the computers are.

‘There were staff who were very good at being with the patients. But the majority, from what I saw when I was in there, was not a lot going on in terms of therapy.’ 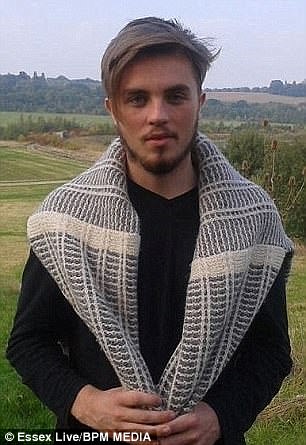 The expansion of the inquest emerged at the same time as the inquest into Patrick Aspbury, who died after he jumped onto train tracks while an patient of the Linden Centre

Sofia Dimoglou, whose 76-year-old mother Valerie Dimoglou killed herself while on day release from The Lakes, another mental health unit run by the trust NEPFT, says her mother told staff she would kill herself if she was made to leave hospital.

She told 5 News: ‘There was quite a lot of shrugging of shoulders and the main point was she can’t take a bed up any longer. She is not an emergency case.

‘So there was really a lot of pressure, amounting to bullying at times, to get her out of hospital.’

An inquest earlier this year found another patient, Richard Wade, died in May 2015 after he hanged himself with a dressing gown cord staff failed to take from him.

Commenting on the expanded investigation, an Essex Police spokesman said: ‘We are looking at nine establishments including the Linden Centre.

‘We are investigating up to 25 deaths dating from 2000 onwards to ascertain whether there were any criminal failings of persons connected to the organisation.’ 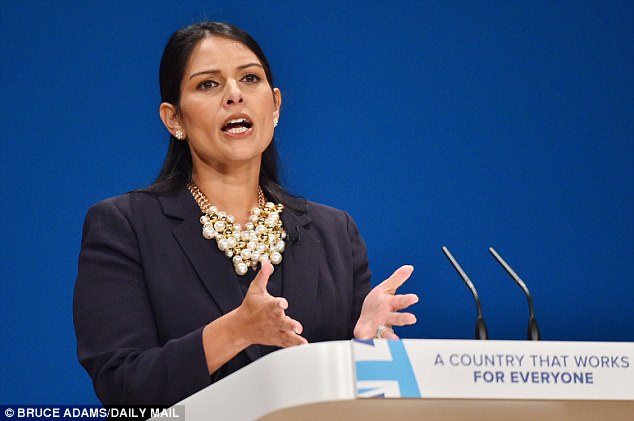 Conservative MP Priti Patel, who is MP for families of some patients, has called for a public inquiry into Matthew Leahy’s death

Priti Patel, who is the local MP for many of the families, told 5 News: ‘Even though numerous investigations and reports have been written many questions still remain unanswered with many more coming to the fore.

‘I welcome the Essex Serious Crime Directorate announcing they are conducting investigations into the allegations surrounding Matthew’s death, as well as a number of others, at the Linden Centre since 2000.’