Police have been protesting across France over the ban on chokeholds in the wake of George Floyd’s death.

Officers marched along the Champs Elysees boulevard to the interior ministry in Paris on Friday, accusing the government of scapegoating law enforcement agencies as public anger over race discrimination swells.

There were other protests late on Thursday in numerous towns and cities across France following a meeting between police unions and Interior Minister Christophe Castaner meant to try and allay the discontent among police.

The unions accuse President Emmanuel Macron and his government of showing disrespect after Castaner on Monday promised ‘zero tolerance’ for racism within law enforcement agencies and banned a chokehold used to detain suspects.

Fabien Vanhemelryck of the National Police Alliance said the unions told Castaner ‘to stop buying social peace…where we appease a certain part of the population at the expense of the police.’

French police unionists fire blue flares as they demonstrate with a banner reading ‘No police, no peace’ down the Champs-Elysee in Paris 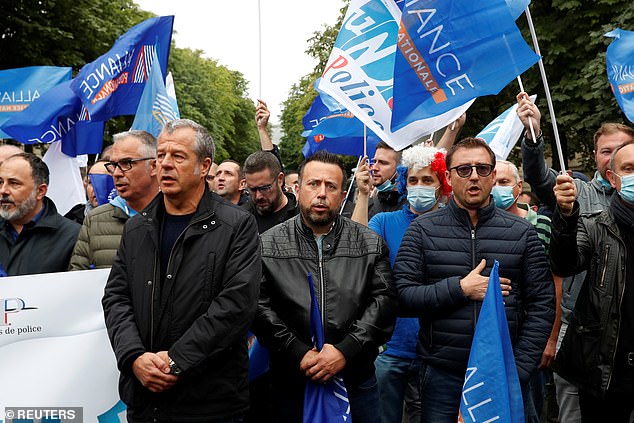 Police officers attend a demonstration against French Interior Minister Christophe Castaner’s reforms, including ditching a controversial chokehold method of arrest, following the death in Minneapolis police custody of George Floyd, in front of the Elysee Palace in Paris 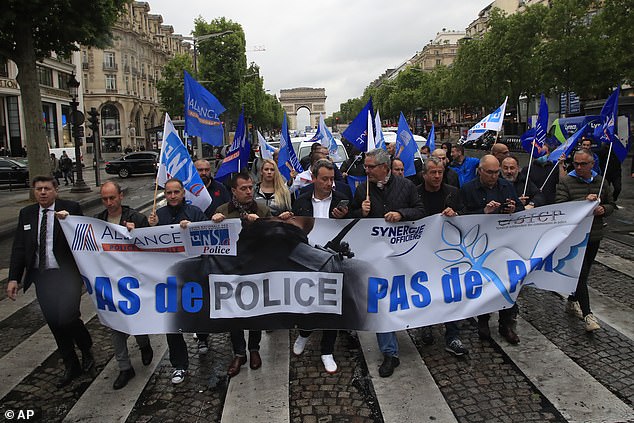 Police union vehicles in the convoy carried posters reading ‘No police, no peace’. Another contained graphic images of injuries sustained by police attacked in the line of duty, with the words: ‘Who is massacring whom?’

‘Colleagues can’t take this any more,’ Vanhemelryck told reporters after Friday’s protesters arrived at the front gate of the interior ministry.

Vanhemelryck said the police were being unfairly treated to calm the public.

Police union vehicles in the convoy carried posters reading ‘No police, no peace’.

Another contained graphic images of injuries sustained by police attacked in the line of duty, with the words: ‘Who is massacring whom?’ 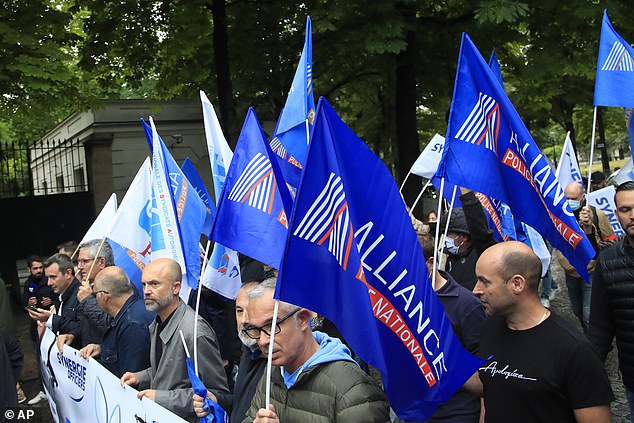 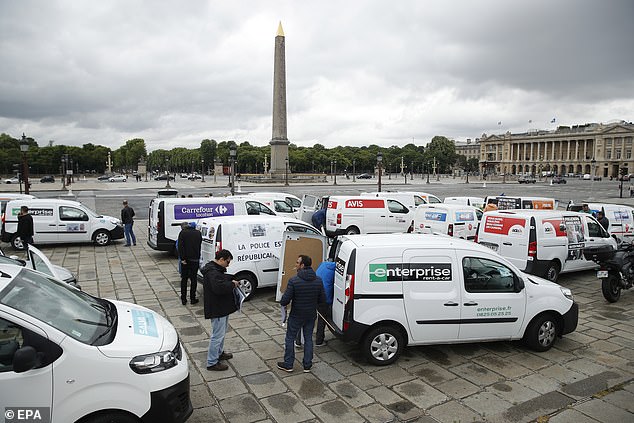 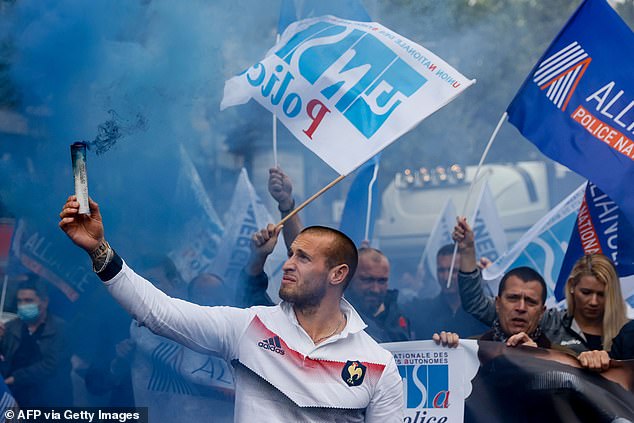 ‘We need to be protected, respected, supported. The police are never above the law, but they should never be left below the law,’ Vanhemelryck said.

In the Paris suburb of Bobigny late on Thursday, officers lined up outside a police station and placed their handcuffs on the ground.

In Lyon, police parked their cars around the central Place Bellecour, with their blue lights flashing.

A wave of anger has swept around the world after the death of George Floyd, an African-American who died after a white Minneapolis police officer knelt on his neck for nearly nine minutes while detaining him on May 25.

The outpouring of emotion has resonated in France, in particular in deprived city suburbs where accusations of brutal, racist treatment of residents of often immigrant background by French police remain largely unaddressed, rights groups say.

A Black Lives Matter protest is planned in Paris on Saturday.

Police urged restaurants, shops and businesses between the upscale Place de la Republique and Opera areas to close and board up their windows due to the risk of civil disorder. 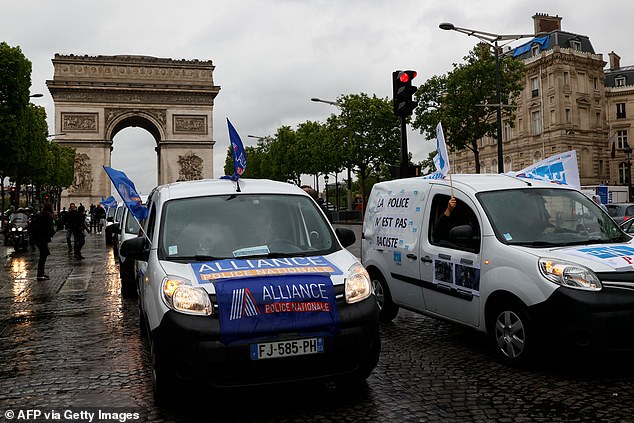 ‘Police are not racist’ is written on a vehicle as members of French police unions including Alliance Police Nationale, drive past the Arc de Triomphe in Paris today 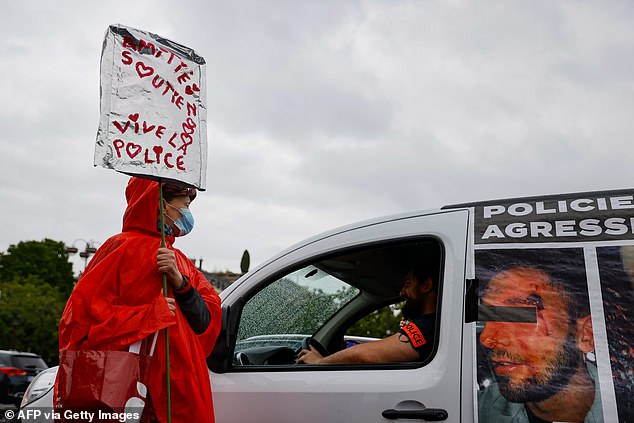 A woman holds a placard reading ‘support to the police’, during a protest by members of French police unions