Police are quizzing a jailed gangster over the murder of a young father who was gunned down in a shocking attack outside an east London pub.

Marvin Couson was just 26 years old when he was shot at the Lime London Bar in Shoreditch, in May 2002.

The father-of-two suffered devastating brain injuries as a result of the wound and spent 13 years in a vegetative state in hospital, before passing away in August 2015.

His final moments were broadcast during an emotional episode of BBC’s Crimewatch in February last year. 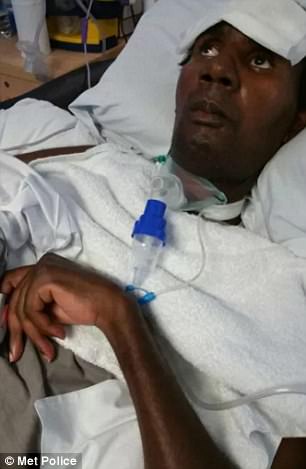 Marvin Couson was just 26 years old when he was shot at the Lime London Bar in Shoreditch, in May 2002, suffering devastating injuries that would leave him in vegetative state

No one has ever been found responsible for the attack, but detectives say they recently questioned a 37-year-old man under caution.

The convict has ties to a Birmingham gang and detectives believe Mr Couson’s death may be linked to a dispute between warring crews.

A £40,000 reward remains on offer to anyone who can provide information leading to the arrest and prosecution of those responsible for Mr Couson’s death.

Detective Chief Inspector Noel McHugh said: ‘My team have been working extremely hard since Marvin’s tragic death to investigate what happened to him that night and what the motive could be for his murder.

‘At this stage everything points to a dispute between organised criminal gangs from London and Birmingham.

‘It is all the more sad as Marvin was not involved in gangs or criminality and we believe he was an entirely innocent victim of a dispute that had nothing to do with him.

‘Our investigation has led us to interview under caution a serving prisoner. Our enquiries continue apace and we are still appealing for witnesses and information about Marvin’s murder.

‘A significant reward is on offer which we hope will persuade someone to come forward. The smallest piece of information could really help. 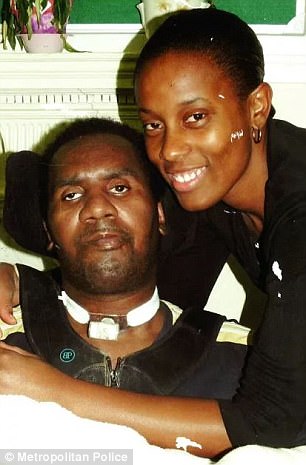 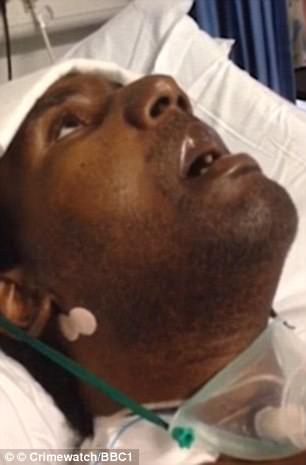 Mr Couson spent 13 years in a vegetative state in hospital, before passing away in August 2015 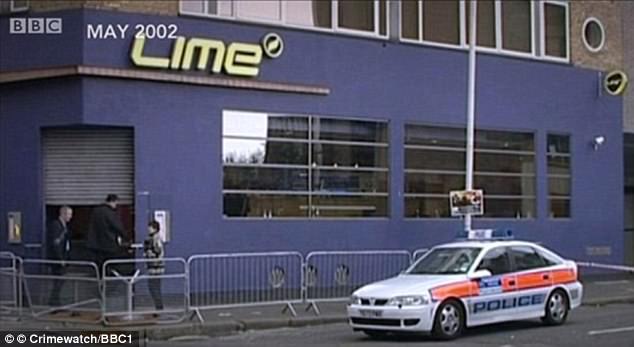 Mr Couson was gunned down outside this bar in east London, after shots were fired in and outside the venue

‘A lot of time has passed and loyalties change so I hope for the sake of Marvin’s family – and his two children who are now teenagers – that someone can find it within themselves to do the right thing.

‘In particular I would appeal for someone who previously called Crimestoppers with information about those concerned in Marvin’s murder.

We urge you to please contact Crimestoppers anonymously again or the police incident room. I would like to speak to you personally as soon as possible as you may have further information that could be vital to our inquiries.’

Officers were called to Lime London, now known as the Queen of Hoxton pub, in the early hours of Saturday May 12 2002 to reports of gunfire.

Mr Couson, from west Norwood, south London, was found on the ground outside the bar with a gunshot wound to the chest.

He was taken by ambulance to the Royal London Hospital in a critical condition with injuries to his heart and other internal organs. 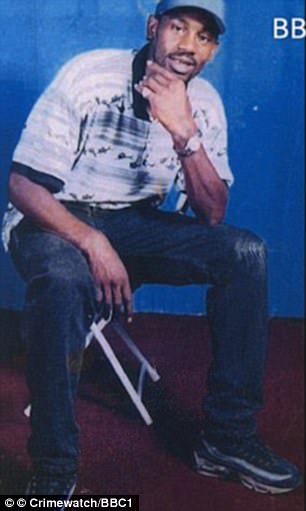 After an operation he was transferred to the Royal Hospital for Neuro-Disability in Putney.

Such was the severity of his condition, Mr Couson was unable to care for himself or leave his hospital bed.

He could not communicate and had no capacity to understand anything said to him.

Mr Couson died on 8 August 2015. A post-mortem examination gave cause of death as brain injury suffered as a direct result of the shooting.

Margaret Couson, Mr Couson’s sister, said: ‘As time goes by people say the pain of losing a loved one will become less and you will find a way to cope.

‘This is far from true. There is not a single day that goes by where Marvin is not in our thoughts, we imagine what he would say about family crises as they happen still.

‘Marvin not being with us anymore leaves us all feeling life is so cruel, individuals like you and me in a split second become victims of crime and a life-time of suffering follows.

‘Marvin did not just suffer a gunshot wound to his heart, he suffered until his death on 8 August 2015, all of 13 years, two months and 27 days in a hospital bed with hypoxic brain injury.

‘Imagine your loved one lying there each day trapped in their body unable to express himself, not able to tell you what pain he is feeling.

‘What makes the pain remain with our family is the mere fact that there are individuals who know a lot more than they are willing to disclose.

There is not a single day that goes by where Marvin is not in our thoughts, we imagine what he would say about family crises as they happen still

‘We are working tirelessly with the police investigation team who, from Marvin’s untimely death on 8 August 2015, have been exceptional in their investigation, commitment and support given to our family.

‘Trusting the police has allowed the investigation to proceed.

‘Information sharing is all I ask from each and every one of you, there are individuals 15 years on from Marvin’s fatal shooting that have still not come forward with information. This is heartbreaking to know.

‘Marvin was always willing to help others no matter the circumstance.

‘As a family we plead that you come forward to speak to the police, all information is useful and could lead to the arrest of whoever killed Marvin.

‘We really appreciate and thank all of those who have worked with the police to aid the investigation.’

Mr Couson, who worked fitting security systems for retailers, had visited the Lime Bar with his cousin and a friend for a garage and hip-hop music night called ‘Ouch’.

They fled, along with a large number of other people, after shots were fired inside the bar. 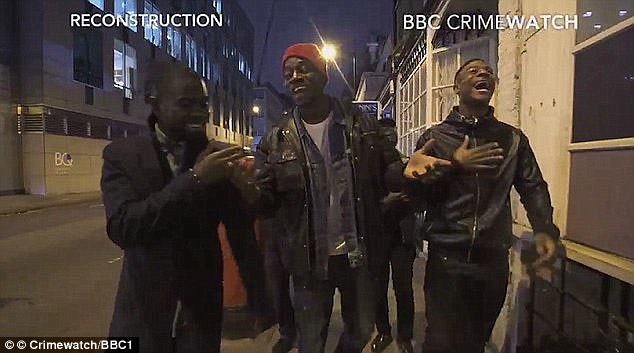 Mr Couson’s murder was the subject of a BBC Crimewatch episode, which aired last year. Pictured, a still from the reconstruction of his death 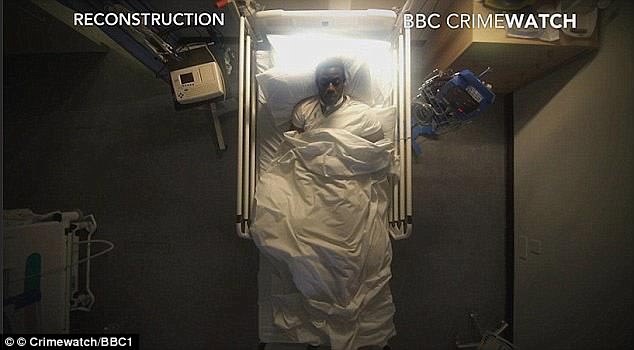 Pictured, a still from the BBC Crimewatch reconstruction of Mr Couson’s murder

Outside Mr Couson’s friend saw a T-reg red or burgundy Ford Fiesta, thought to contain at least two black men, driving fast along Curtain Road. The vehicle struck him and he grappled with the front seat passenger.

A gun was then fired and the friend walked back towards the bar to see Mr Couson lying shot on the ground.

He was shot outside the bar, but it is unclear if the shot came from the Fiesta.

Trident officers took on the case and made several appeals for witnesses and information.

Around 600 people were at the venue at the time for a commercial party and 200-300 of them congregated in the street after shots were fired inside the club.

One man was arrested during the course of the investigation, on 23 May 2002, but subsequently released with no further action.

Detectives are still keen to trace the occupants of the burgundy Ford Fiesta to understand the full extent of their involvement.