Police have released CCTV footage to hunt a thug after a man was stabbed in the leg outside a McDonald’s in a horrific attack.

A man in his 20s was knifed several times in the thigh on Oxford Road in Manchester, in a ‘brutal’ assault which officers are treating as attempted murder.

Emergency services rushed to the scene on September 5 2018 at around 3.30am after they received reports of a man with ‘severe’ wounds. 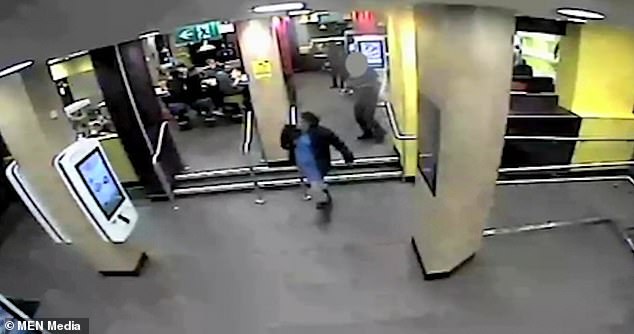 Now CCTV footage has been released showing a man and a woman police want to speak to in connection with the incident.

The man in the footage is said to have a ‘distinctive walk’ and officers have urged the public to call police if he is spotted.

Trays, food and boxes were seen strewn across the pavement following the stabbing and police taped off an area outside the restaurant.

Police have appealed for witnesses – but no arrests have been made.

Detective Constable Stuart Macquiban, from GMP’s City of Manchester Division, said: ‘This was a brutal attack on a young man and the injuries inflicted were so serious we are treating this as attempted murder. 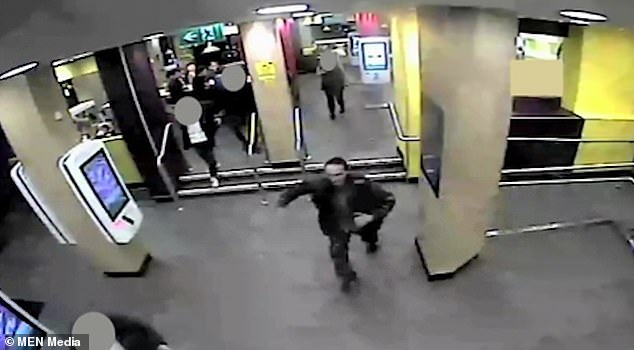 The man police want to speak to is said to have a ‘distinctive walk’. No arrests have been made

‘We’ve been doing everything we can to find the people responsible and our enquiries have identified a man and woman who we are really keen to speak to.

‘The man in the footage, in particular, has a distinctive walk and we believe someone might know who he is.

‘If you do recognise them, then please contact police.