Police who have been desperately searching for missing Libby Squire for three weeks have been scouring neighbour’s gardens in Hull today.

Residents in Riversdale Road were asked by police to let them search their gardens which back onto playing fields.

Officers then rummaged through bushes and hedges which border the northern perimeter of the park as they searched for clues.

However, one couple said they were taken by surprise when an officer jumped over their gate to gain access to their back garden.

Steve Hawcroft, 66, who lives with his wife Ros, 62, said: ‘They frightened the life out of me. They needed to get into the back garden and we didn’t mind but it just made us jump.

‘They were in there for a matter of minutes and they said it was linked to missing Libby. They’ve been doing a good job and doing everything they can.’

Mrs Hawcroft added: ‘They just gave us a fright but we will forgive them.’

Lee Harding, 28, said he was expecting search teams to come knocking at some point given the intense search operation centred on the area over the past three weeks. 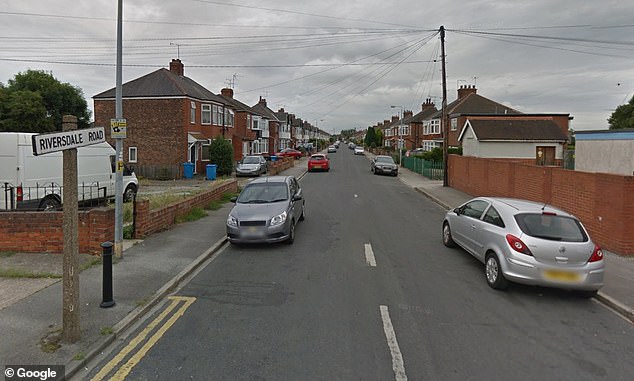 ‘They asked me if I’d seen any discarded clothing and they said the search was linked to Libby,’ Mr Harding said. ‘It’s terrible knowing she is still out there and there are no answers.

‘We were expecting them to come out at some point and I’m surprised it has taken as long as it has.’

Ben Walton said he saw one 4×4 police vehicle in the street with officers then splitting up to knock on houses down the street.

The 66-year-old said: ‘They asked us if they could come in the garden and check. They were only there in about two to five minutes and they just searched the garden and hedges.’

A 70-year-old man, who did not want to be named, allowed officers to search his garden for 10 minutes and he praised Humberside Police.

He said: ‘I think it was pleasing to see really and it’s something they’ve got to do. Most of the searches have been going on around the path on the other side but obviously these houses with gardens back onto Oak Road Playing Fields.

‘I’ve noticed that they’ve been going through brambles near Sutton Road Bridge so they must have widened their search area.

‘I think they are doing a good job under difficult circumstances.’ 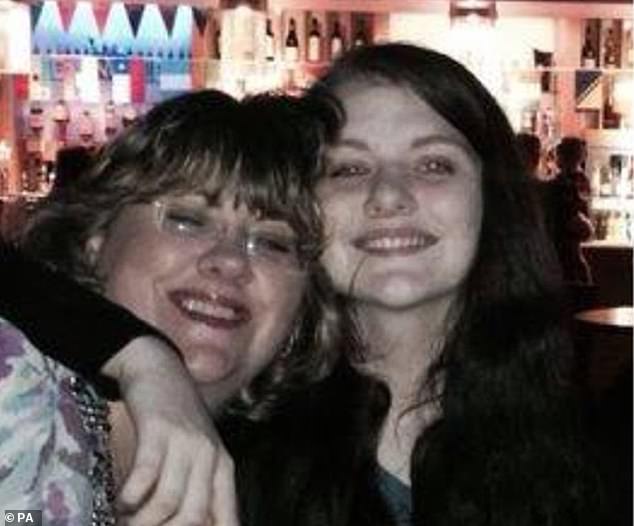 Oak Road has been the main focus of the search and has seen scores of officers scouring the ground, overgrowth and pond, since the first week of Libby’s disappearance.

It comes as her heartbroken parents sent out an emotional appeal for information to mark three weeks since their ‘popular and happy’ daughter went missing.

In it, they said: ‘It’s been three weeks now since our beautiful girl was last seen.

‘She went out to have fun with her beloved friends. Since then it has been a time of unending torture for her friends and family but we all have unending hope that she will be found.

‘We send love and thanks to everybody for their support over these past weeks. Please, please if you have any information contact the police and pass on any information that you can.’

Meanwhile, police are still keen to hear from three people who have been captured on CCTV walking on Oak Road on the night of Libby’s disappearance. 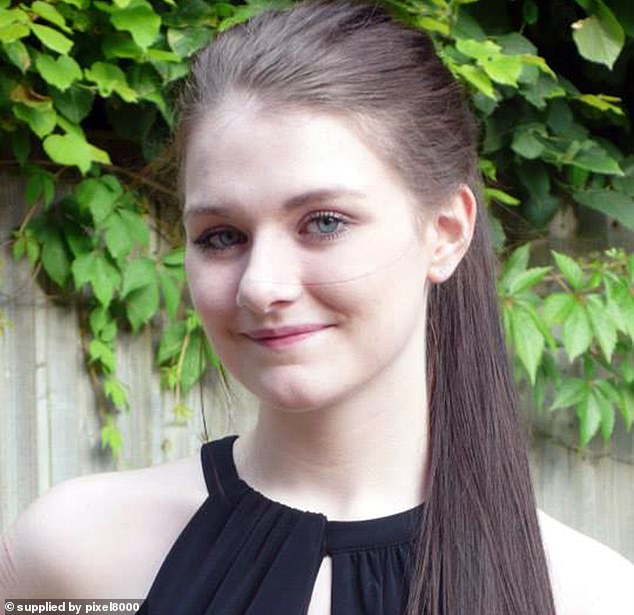 Libby was last seen on Friday, February 1 just after midnight following a night out in Hull city centre

As of Friday, those people, who could hold vital clues to the disappearance of the philosophy degree student, have yet to come forward.

Libby was last seen on Friday, February 1, at 12.09am. She was on a bench at the junction of Beverley Road and Haworth Street.

She had been on a night out with friends to the Welly Club but had been turned away for appearing too drunk.

She was wearing a black denim skirt, a faux leather jacket and distinctive black trainers.

If you have any information – no matter how small – contact Humberside Police on 101.