A police sergeant posted photos of herself enjoying luxurious holidays on Instagram while she was off work from her £45,000-a-year job for seven months with stress.

Sergeant Leanne Carr, considered by bosses to be a poster girl for Lincolnshire Police, uploaded pictures of her snorkeling in Thailand, watching the sun set on a beach in Cyprus and snowboarding in the Austrian Alps.

The images, many of which show her in skimpy outfits and in suggestive poses, were posted onto her Facebook and Instagram accounts.

Sergeant Leanne Carr (pictured), of Lincolnshire Police, posted photos of herself enjoying luxurious holidays on Instagram while she was off work for seven months with stress 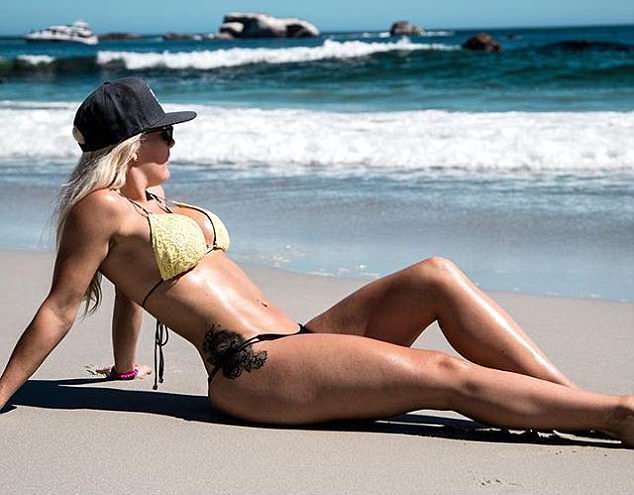 Sgt Carr was being investigated for misconduct by Lincolnshire Police while she was off from her £45,000-a-year job and uploaded pictures of exotic holidays 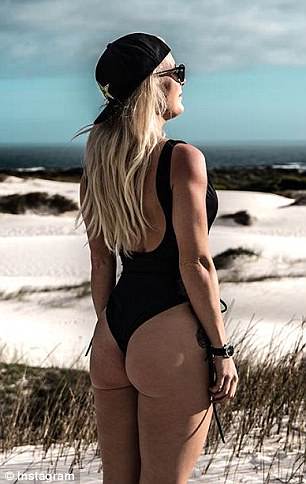 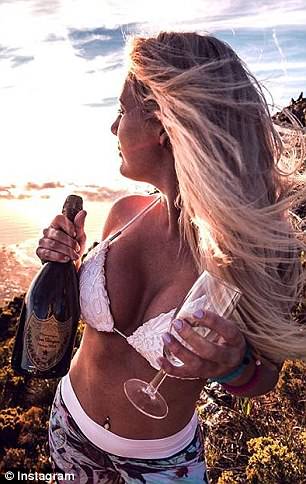 Sgt Carr, who returned to work in January, uploaded photos of her snorkeling in Thailand, watching the sun set on a beach in Cyprus and snowboarding in the Austrian Alps. She also posed with a 2009 Dom Perignon Vintage bottle worth £130 while in South Africa

She suffered a stress-related illness last year after being made the subject of an internal investigation into misconduct.

Sources said there was no confirmation whether Sgt Carr, who works at Grantham police station, took her holidays when she was off work with stress, but she uploaded to social media during that period. She first posted photos of a holiday to Thailand on April 12 – three months before she left work for an extended period. 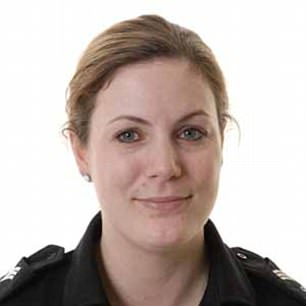 Sgt Carr, pictured in her uniform on duty is seen as a ‘poster girl’ for Lincolnshire Police

A Lincolnshire Police spokeswoman told MailOnline that officers were allowed to go on holiday when they were off with illness.

However the photos have angered some police colleagues who have accused Sgt Carr of squandering taxpayers’ cash to lead a jet-set lifestyle.

A police source told MailOnline: ‘She certainly doesn’t look very stressed in the images she’s put on her social media.

‘In fact she’s having a whale of a time in luxury resorts all over the world – all funded by the public purse of course.

‘What has angered colleagues is that while she’s been uploading these globetrotting snaps, she’s supposed to have been off work sick. 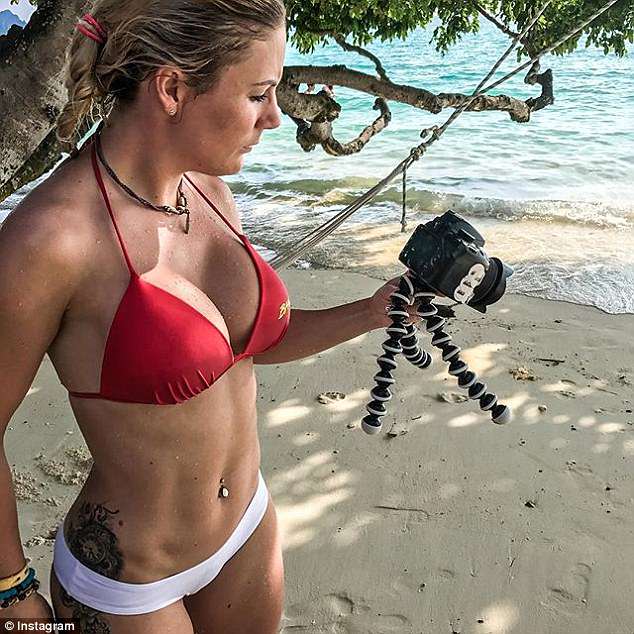 Sources said there was no confirmation when Sgt Carr took her holidays when she was off work with stress, but she uploaded to social during the seven months that she was off sick 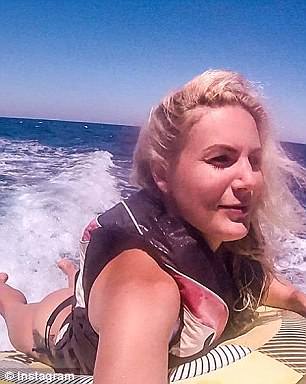 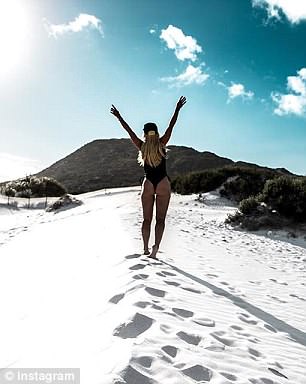 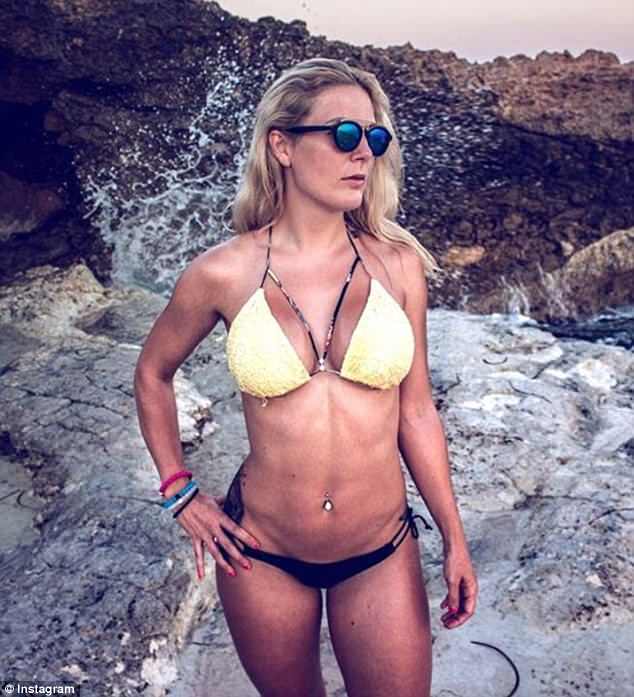 ‘Officers have a tough job to do and sometimes the strain becomes too much but these photos of her living a life of luxury while she was supposed to be recovering are a bit hard to take.’

Sgt Carr took seven months off work from June last year. She was the subject of an internal misconduct investigation, which has now been concluded.

Police said the matter was dealt with during a misconduct meeting while details of the allegation against Sgt Carr will not be disclosed. She returned to work ‘on recuperative duties’ in January and is now back working full time.

Although MailOnline cannot confirm where exactly she went during her time on sick leave, last September she posted images of herself in a Baywatch-style bikini sunbathing in Cyprus.

A month later, she posted several photographs of herself frolicking in the in the snow in Austria.

One photo of her snowboarding has the caption: ‘Don’t be fooled by the amount of snow on my clothing, I’m actually a pro.’

And in November and December she uploaded a number of images of a holiday in Thailand.

She stayed at the Holiday Inn Resort on Phi Phi Island, according to her Instagram page, which boasts wood furnished rooms with flat screen televisions, a hill top bar overlooking the sea, three restaurants and a diving centre.

One photo shows her sitting in an infinity pool looking out to Phi Phi Island with the caption: ‘I think to myself what a wonderful world’

However other images leave little to the imagination, particularly one more recent snap which shows her kneeling topless on a beach in Cape Town, South Africa with two pineapples covering her modesty. 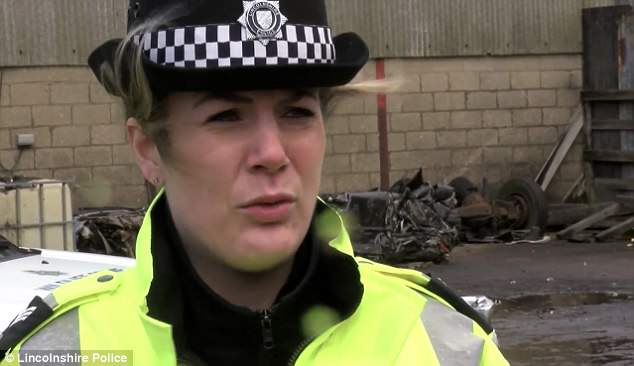 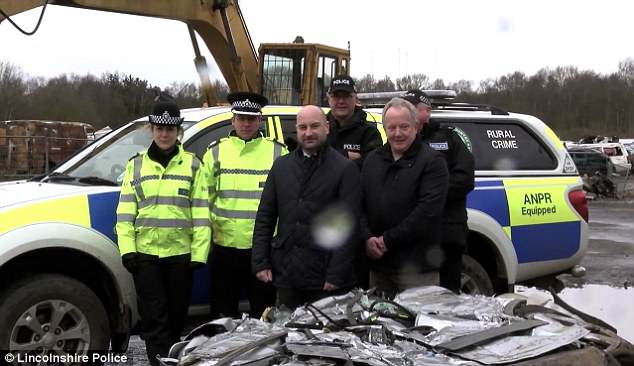 The inscription reads: ‘Be a pineapple, stand tall, wear a crown and be sweet inside’

The police source added: ‘This is a senior officer – a sergeant earning around £45,000-a-year – and in my opinion some of the photos are not befitting of someone in that role.

‘In practically every photograph she is wearing next to nothing and some of the poses she does are very suggestive.

‘Lincolnshire Police know about this but are allowing it to happen despite having a strict policy on what an officer can share on social media.’

Sgt Carr is seen as a ‘poster girl’ for Lincolnshire Police, colleagues have told MailOnline.

Two years ago as a then acting inspector, she paid a surprise visit to eight-year-old police ‘superfan’ Thomas Genovese at his home in Market Deeping.

Together with a PCSO she delivered a DVD of a force promotional film the youngster had starred in.

Last March, shortly before she went off work sick, she was part of a PR exercise which saw a car that had been used by an illegal hare courser being crushed in front members of the local press.

She was interviewed on camera afterwards and said: ‘Coursing is a big problem across the county, not only among persons who think hare coursing is a cruel sport. It’s about looking at the impact it has on rural and farming communities.’

Sgt Carr also starred in a Lincolnshire Police video uploaded onto YouTube last year called ‘A day in the life of a rural crime officer’.

It followed her as she chased suspected hare coursers around Sleaford using camera drones. 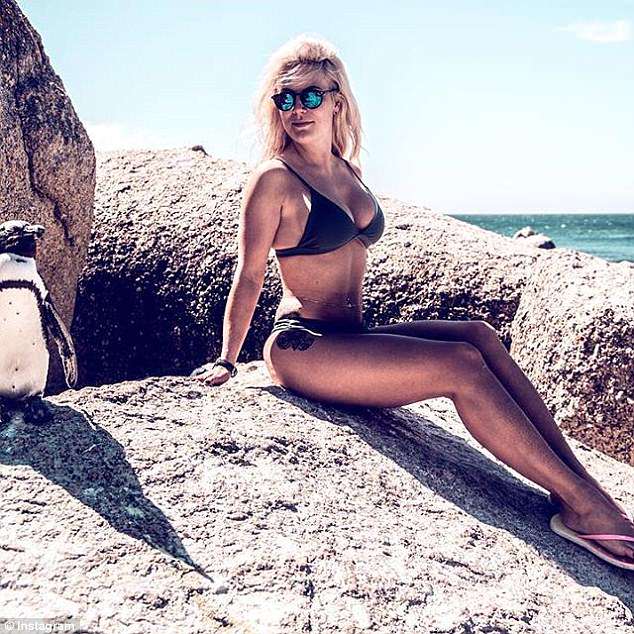 Sgt Carr posted this photo of herself on Boulders Beach, Cape Town, with the caption: ‘Move in the direction of your dreams… even if it’s just a little waddle towards them.’ The picture was posted on March 18 this year. She returned to work for Lincolnshire Police in January this year 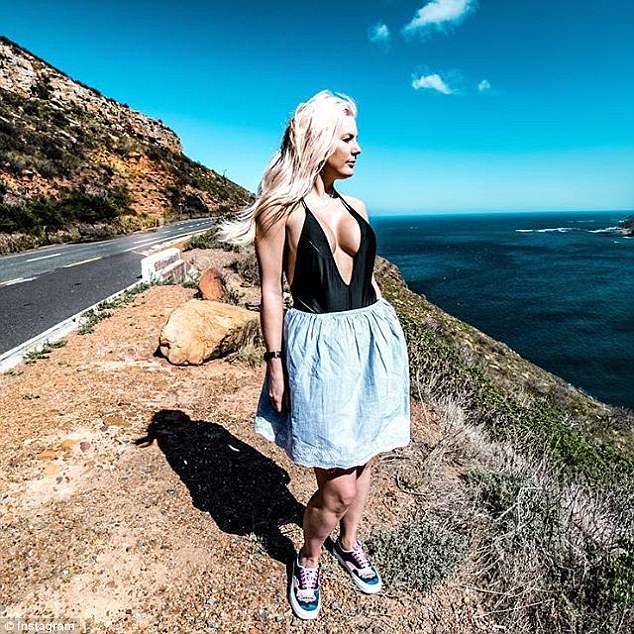 In April, the police officer posted this photo of her looking out to sea at Chapmans Peak Drive, South Africa, on a holiday she took three months after a seven month absence with stress 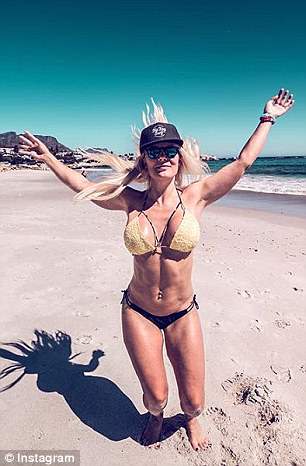 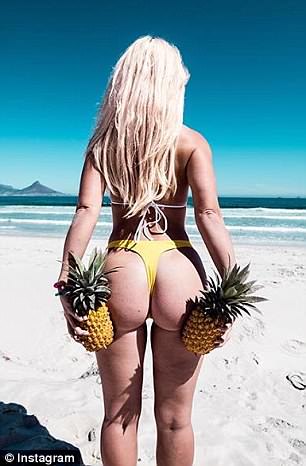 Sgt Carr wrote the caption, ‘When life hands you pineapples, make pina coladas’ when she posted photos of her trip to Cape Town (above)

Lincolnshire Police confirmed that Sgt Carr had taken seven months off work for stress after being the subject of an internal investigation into misconduct and was permitted to take holidays during that time.

Detective Superintendent Suzanne Davies said: ‘The officer in question was absent from work due to illness for a period of seven months whilst an internal misconduct investigation was carried out.

‘These matters have now been concluded and were dealt with by way of a misconduct meeting, details of which are not made public because they deal with less serious internal matters. This was in accordance with Police (Conduct) Regulations 2012.

‘When any officer is absent from work due to illness regular contact is maintained with them and they entitled to do as they wish during that time, including going on holiday, as long as it does not prohibit their return to work as soon as possible.

‘I am satisfied that this officer returned to work as soon as she was able to.’

She added: ‘We are aware that a number of our officers have personal social media accounts and are, of course, entitled to a private life.

‘If anything is included on those accounts that breaches the high standards a police officer should maintain at all times we will investigate and act accordingly to make sure that is dealt with appropriately.’

Sgt Carr declined to comment when approached by MailOnline.