A group of students angered residents after they set up a pulley system to pass cups of tea, bottles of milk, and even beer between their two flats.

Police ordered the four men to take the bizarre contraption down after locals on their road in Paisley, Renfrewshire, complained.

Ewen MacKenzie, Jamie Stewart, Josh Still and Josh White came up with the idea because they could not be bothered to walk to each other’s homes.

After living opposite each other for two months, they began using the system, which is commonly used on building sites, to pass each other food and drink without leaving their homes.

Ewen MacKenzie, 21, and Josh Still, 21, are two of the four men who sparked confusion among their neighbours last week after they erected a bucket pulley system between their two flats in order to pass cups of tea, food, and beers

Mr Stewart said that they had been discussing the idea for a while.

He added: ‘It wasn’t that surprising when Ewen came home with the string and the bucket. We were just having a bit of a laugh.

‘I think the first time we used it Ewen said he’d left his wallet and he couldn’t be bothered to come and get it so we said “Don’t worry Ewen, we’ll send it right over”.’

The men used the cover of darkness to get the pulley system into place by standing in the middle of the road and throwing one end of the string into the open lower window.

The other students held on to the string in the other flat and the system was put in place.

But the contraption was only up for a few days before others in the street became concerned. 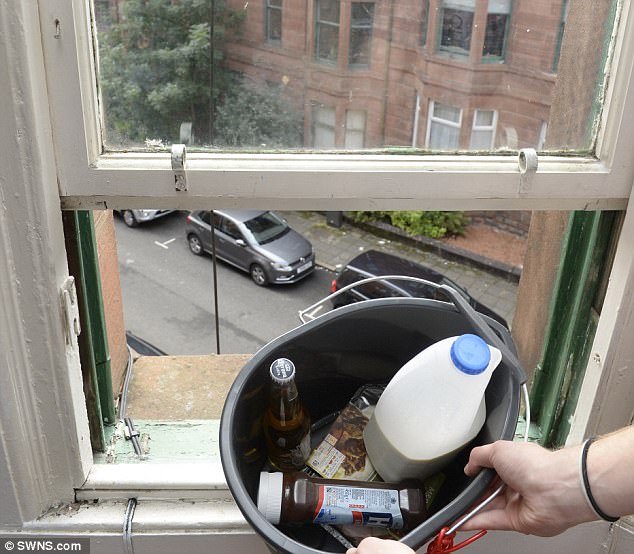 The student life: The four men used their bucket pulley system to deliver food, milk, beer, and even the occasional cup of tea 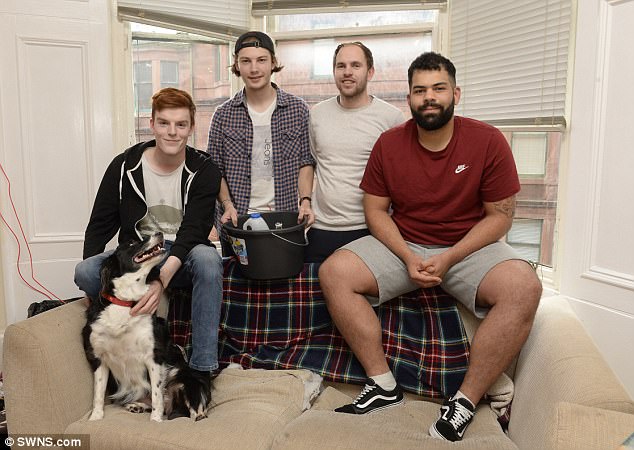 Left to right: Josh Still, 21, Ewen MacKenzie, 21, Jamie Stewart, 19, and Josh White, 22, all students at the University of the West of Scotland 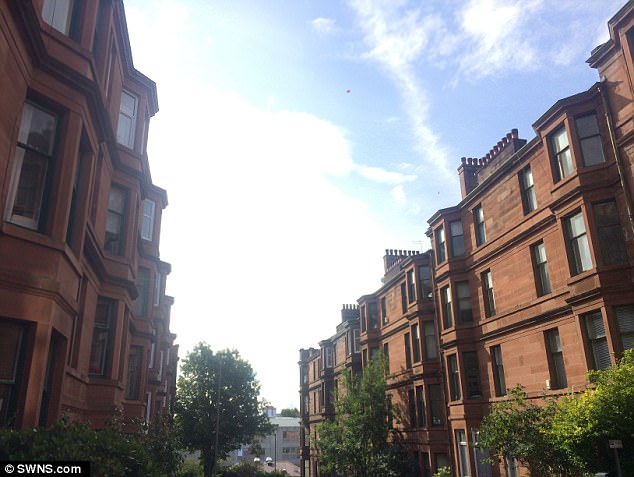 End of the line: Police forced them to take down their innovative contraption after locals complained that it might pose a danger to the street’s inhabitants

Neighbour Graham Yuill, 49, noticed the bucket going between the houses in the evenings and managed to catch a snap of it in action.

He said: ‘If it can happen, it will happen. What happens if it tumbles and an object hits a car?

‘The person who did it won’t admit it. Secondly, if they drop glass you’ve got dogs who could cut their paws on it.

‘Also, what if it hits somebody in the head? It can give someone serious head injuries. While there is a funny side, I always think “what happens if”.’

Police ordered the men to take the bucket system down to which the group dutifully obliged. 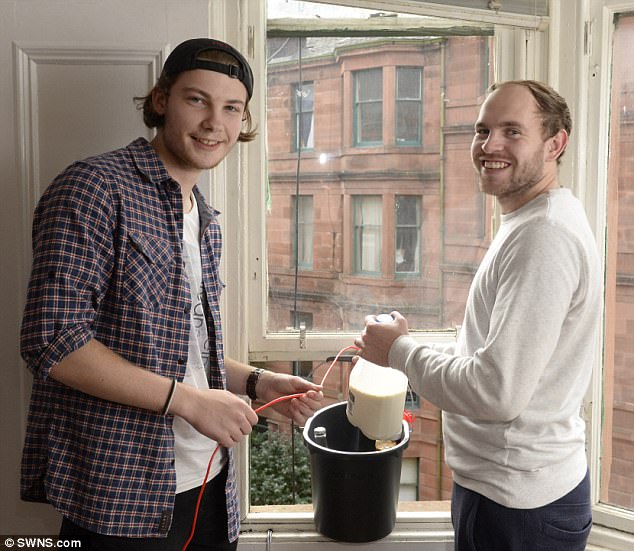 Buckets of fun: Jamie, 19, and Ewan, 21, load up their bucket with plenty of snacks and supplies for their friends over the road 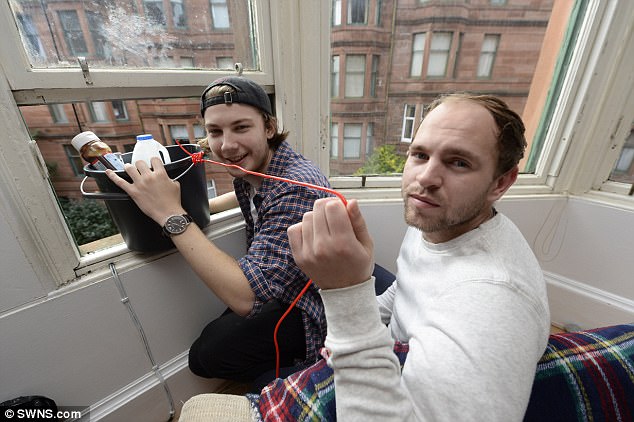 A practical lesson: Demonstrating how to use their device they have since been told to take down the bucket pulley