A humiliating plan to replace her with a ‘caretaker’ leader at next year’s Commonwealth Heads of Government Meeting (CHOGM) was put forward at a gathering of the organisation’s Foreign Ministers in London last week.

It means Lady Scotland, a minister in Gordon Brown’s administration, could be dumped as Secretary General just weeks before the summit in Rwanda in June 2020.

Prince Charles, pictured left, is expected to attend a major Commonwealth Heads of Government Meeting which is due to take place in Rwanda in June 2020. Baroness Scotland’s first term as Secretary General is due to end three months earlier and government officials are reluctant to grant her a second term 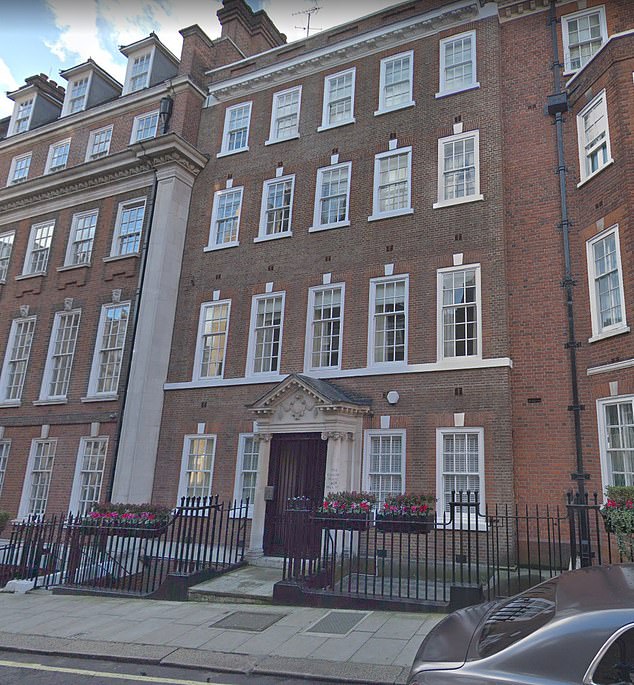 Lady Scotland has faced intense criticism after it emerged some £338,000 was spent refurbishing her grace-and-favour apartment in Mayfair, pictured

The four-year first term of Lady Scotland, who has been branded ‘Baroness Brazen’ and ‘Baroness Shameless’ for her lavish spending, ends just three months before the summit, which will be attended by Prince Charles. The deadline for deciding whether to reappoint her until 2024 is just weeks away in September.

With no rival candidates having emerged, Foreign Ministers who attended this week’s ‘exceptional meeting’ at the Commonwealth’s Marlborough House HQ were told if Lady Scotland’s term is not extended, they may have to pick a ‘caretaker Secretary General’ for the summit.

Lady Scotland has been under fire since it was disclosed in 2016 that she spent £338,000 refurbishing her grace-and-favour apartment in Mayfair. It later emerged a total of £590,000 of the foreign aid budget had been spent on Marlborough House in two years. She was also attacked for appointing political allies to key posts.

She has also been criticised for delays in implementing a shake-up of the way the Commonwealth is run that was launched when she was first appointed in 2015.

Lady Scotland’s future was among the main topics of conversation in the margins of last week’s meeting in London of Commonwealth Foreign Ministers.

‘Her fate is in the balance but there is a strong feeling among some that the Commonwealth Secretariat needs fresh dynamic leadership,’ said one diplomat. ‘There is a widespread feeling of frustration.

‘Having a caretaker would be unsatisfactory but there may be no other option.’

Most of the dwindling support for Lady Scotland, who was born in the Dominican Republic, comes from Commonwealth countries in her native Caribbean who helped her become Secretary General.

If, as expected, Boris Johnson becomes Prime Minister this month, the row over her future will be one of the first diplomatic decisions in his No10 in-tray.

Britain currently occupies the rotating chair of the Commonwealth, giving us a big say over who is Secretary General.

Lady Scotland has reportedly started a behind-the-scenes ‘charm offensive’ to keep her job. She has met Charles and Camilla on a number of occasions and is said to ‘get on famously’ with the Duchess of Cornwall. But some sources say it risks a split between Prince Charles and the Queen, who was alleged to have snubbed Baroness Scotland in 2017.

A spokesman for Lady Scotland said her contract was strictly a matter for leaders of the 53 Commonwealth countries.

The spokesman declined to comment on discussions at last week’s meeting of Commonwealth Foreign Ministers.