Strict broadcasting laws are putting BBC, ITV and Sky in a legal bind over how to report on Andrea Leadsom’s resignation and Tory crisis engulfing Theresa May during EU elections

TV news teams in Britain have been left hamstrung by a major political crisis and an election coming about on the same day.

Broadcasters are restricted on what they can put on air on election days to avoid their coverage swaying voters and affecting the result.

But unlike most election days, when little else is happening politically, today’s European elections are taking place as Theresa May’s leadership is hanging by a thread following the resignation of minister Andrea Leadsom.

BBC news, along with Sky News and ITV are having to walk a legal tightrope when covering Theresa May’s political crisis because of rules on what can be broadcast on election days

News teams from Sky, the BBC and ITV are therefore struggling to work out what they can legally say about events in Downing Street without breaching Ofcom rules.

To make matters even more complicated, the polls are open in the rest of Europe until the end of Sunday, meaning the period of legal uncertainty will carry on for days.

Ofcom rules could therefore leave TV and radio news unable to fully report the potential downfall of Theresa May in the wake of the disaster facing the Tories in today’s EU elections.

BBC guidelines state that there should be no coverage of election campaigns on polling day and any coverage should be restricted ‘factual accounts with nothing which could be construed as influencing the ballots’.

Their guidelines state: ‘Whilst the polls are open, it is a criminal offence to publish anything about the way in which people have voted in that election.’

It is understood the BBC may have to interview people about Theresa May’s leadership crisis without them mentioning the ongoing European polls. 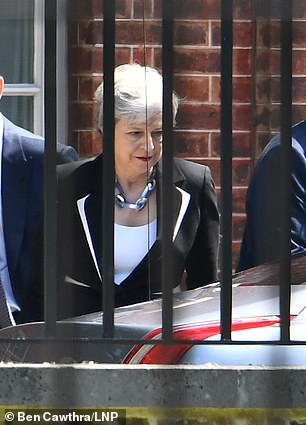 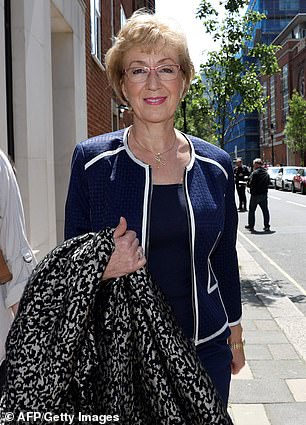 What are the Ofcom rules on polling day?

‘Discussion and analysis of election and referendum issues must finish when the poll opens. This refers to the opening of actual polling stations. This rule does not apply to any poll conducted entirely by post.

‘Broadcasters may not publish the results of any opinion poll on polling day itself until the election or referendum poll closes. For European Parliamentary elections, this applies until all polls throughout the European Union have closed.’

The sun is setting on Theresa May’s time as Prime Minister after she was humiliatingly forced to pull a fourth vote on her unpopular Brexit Bill and rumours are swirling that she is on the verge of quitting.

It is almost unprecedented that such a huge political crisis comes on the same day as the blackout of an election, meaning broadcasters and their lawyers are treading a completely untested legal tightrope.

The rules do not affect printed or online media of national or local newspapers, although broadcasters tend to apply the same standards around broadcasting to their websites.

Voters meanwhile are heading to the polls across the UK, and the rest of Europe, for the European Parliament elections.

Britain is in the bizarre situation of electing MEPs who may never take their seats if the UK does leave the EU.

A total of 73 MEPs will be elected in nine constituencies in England, and one each in Scotland, Wales and Northern Ireland. Polling stations will be open until 10pm tonight. 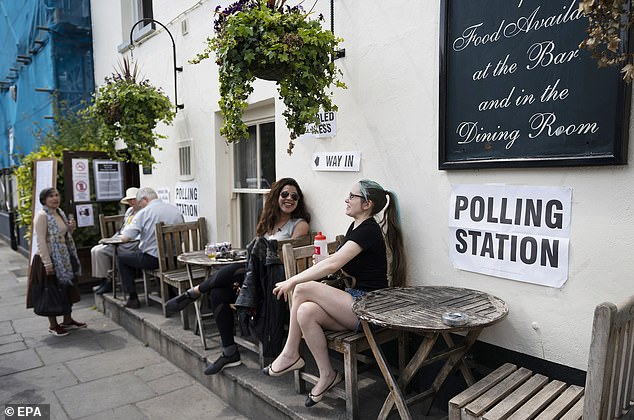 The add to the problems, the polls don’t close in Europe until Sunday, meaning the difficulties faced by broadcasters could stretch into the weekend