Two monks have been banned from performing exorcisms after they and fellow members of a monastery were defrocked by Pope Francis.

The Pontiff took action against nine monks altogether, after he was told they had spread messages from a nun, who claimed that God had spoken directly to her.

Father Grigory Planchak, one of nine monks defrocked by Pope Francis, after they spread messages from a Ukrainian nun who claimed God spoke directly to her 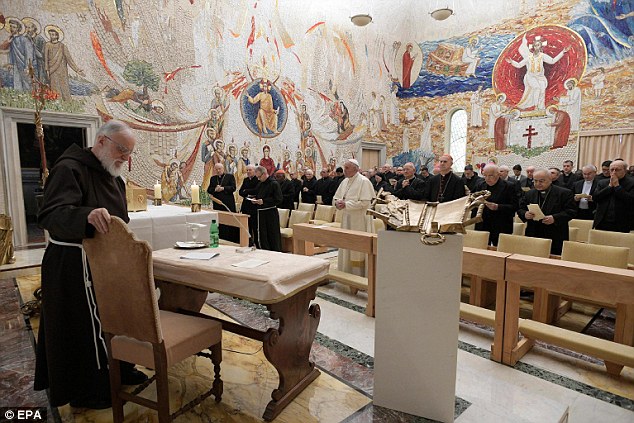 Pope Francis, pictured right in Vatican City, took action after a church investigation concluded that the nun had not received ‘real messages’ from God 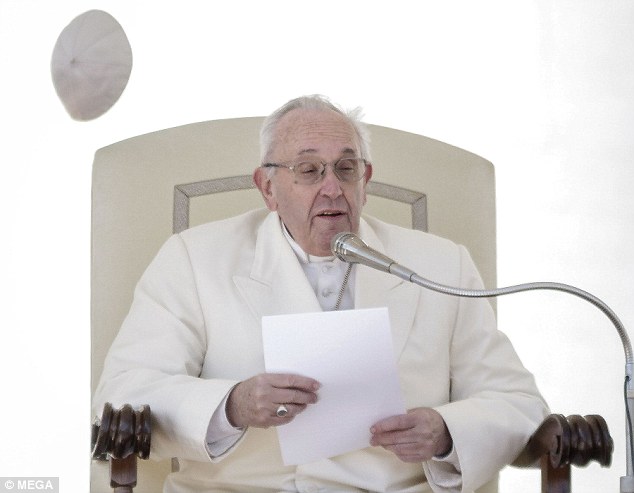 The monk, along with eight colleagues, then spread those messages, the content of which has not been reported.

The Ukrainian Greek Catholic Church (UGCC) website said that people, ‘started to talk about Sister Maria Baran from the nunnery in Velyki Birky (in Ukraine’s western Ternopil Oblast region) in 2004.

‘She seemed to hear the voice of God the Father, God the Son, God the Holy Spirit, Sacred Virgin Mary, and some saints. Some of the messages were written down by Father Planchak.

‘The priest confirmed their veracity and origin from God but did not have the authority for this.’ 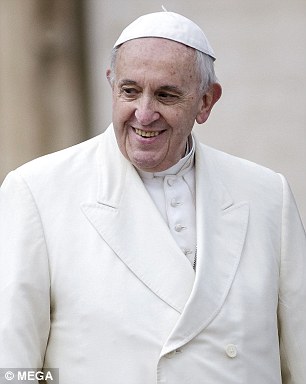 Church investigators reported to their bosses that protocol was being ignored

Church investigators examined what Sister Baran claimed God had said, and concluded that they were not real messages.

A further investigation into the monastery where Father Planchak is based found irregularities in discipline and unauthorised exorcisms being carried out.

Assistant Bishop of Ternopil-Zborowski archdiocese, Teodor Martynyuk, explained: ‘The priest who wants to do this should get a special permit, a blessing from the local bishop.’

In addition, some of the monks had reportedly started taking instructions from Sister Baran.

Church investigators reported to their bosses that protocol was being ignored. However, despite investigators’ attempts to reorganise the monastery, the monks apparently ignored their direction.

The church said that the nine, ‘did not accept the admonitions of the church authorities and refused to listen to them. They continued to violate the rules of the monks.

‘They did not want to correct their behavior. After the relevant warnings, nine monks have been removed from the monastic state. This decision was personally approved by the Roman Pontiff.’

According to the decrees, they can no longer call themselves monks. Also, they have no right to wear monastic clothes, and have been stripped of all duties arising from taking monastic vows.

Two of the group, Father Planchak and Father Kostevsky, have been banned from conducting any religious ceremonies, including any public prayers for the sick, or performing exorcisms, the UGCC added.

It was not reported what punishment was given to Sister Baran, but the website said that the, ‘decision of the Holy Father is final and cannot be appealed’.