Pope Francis was sporting a large black eye as he met Tony Blair at the Vatican days after a car accident sent him flying into his car’s dashboard.

The pontiff shook hands with Mr Blair and exchanged a few  warm words during his weekly audience at St Peter’s Square, in the Vatican.

The Pope was left with a black-and-blue bruised eye and a cut on his brow after hitting his head when his pope-mobile braked sharply earlier this week.

It happened as the head of the Catholic Church was met by hundreds of well-wishers in Cartagena, Colombia, on the last day of his visit to the south American country.

He lost his balance when his motorcade came to an abrupt halt, bruising his left eye and cutting his left eyebrow which dripped blood onto his white cassock.

He said his conversion to had been driven by his wife, Cherie, adding at the time that it ‘felt right’ and ‘is now where my heart is’. 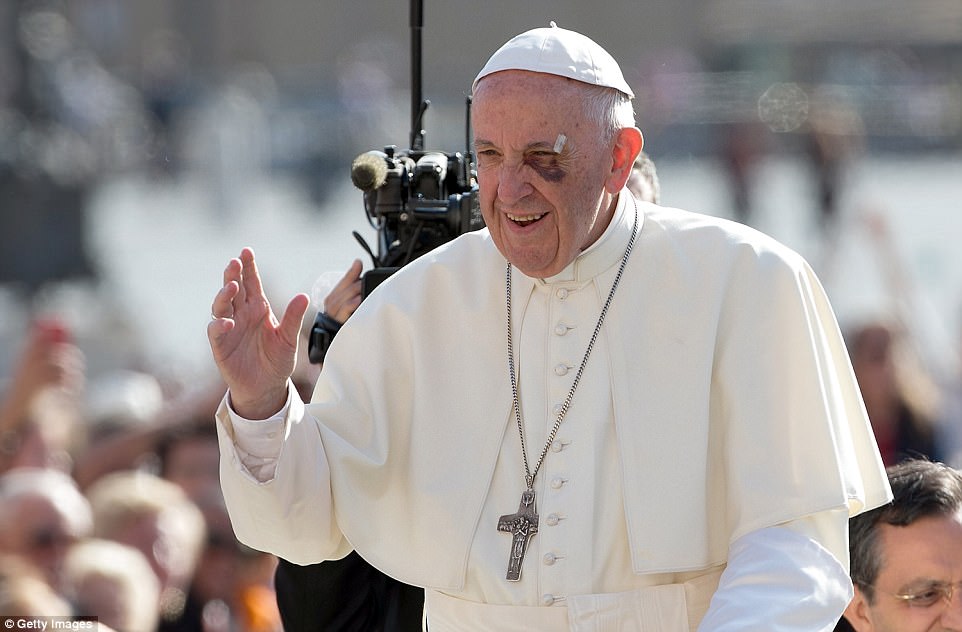 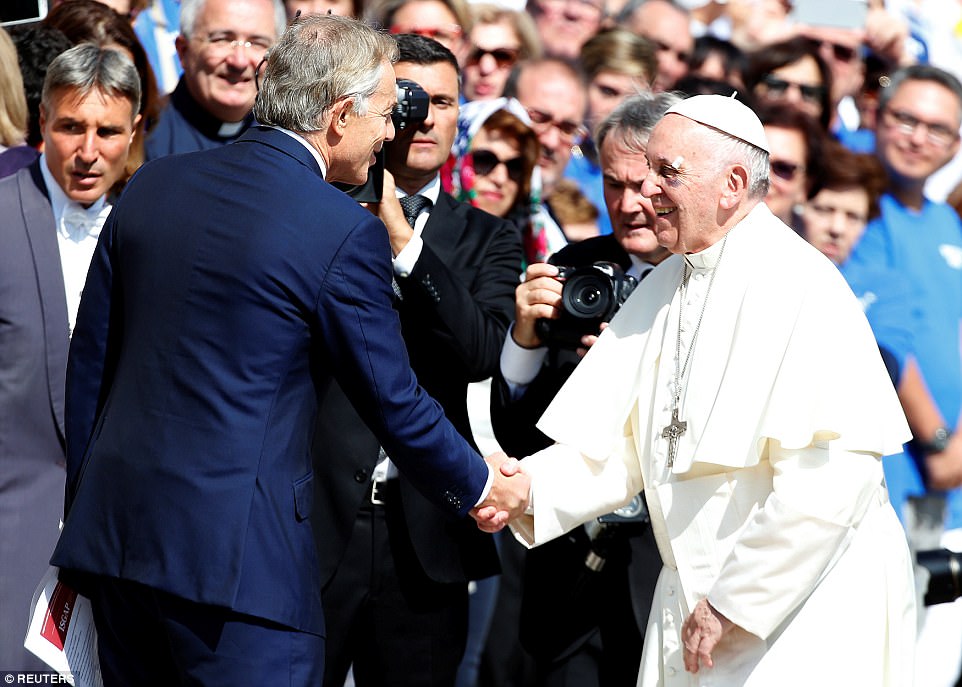 The Pope exchanged words and shook hands with Mr Blair, who converted to Catholicism, from the Anglican Church,  in 2007 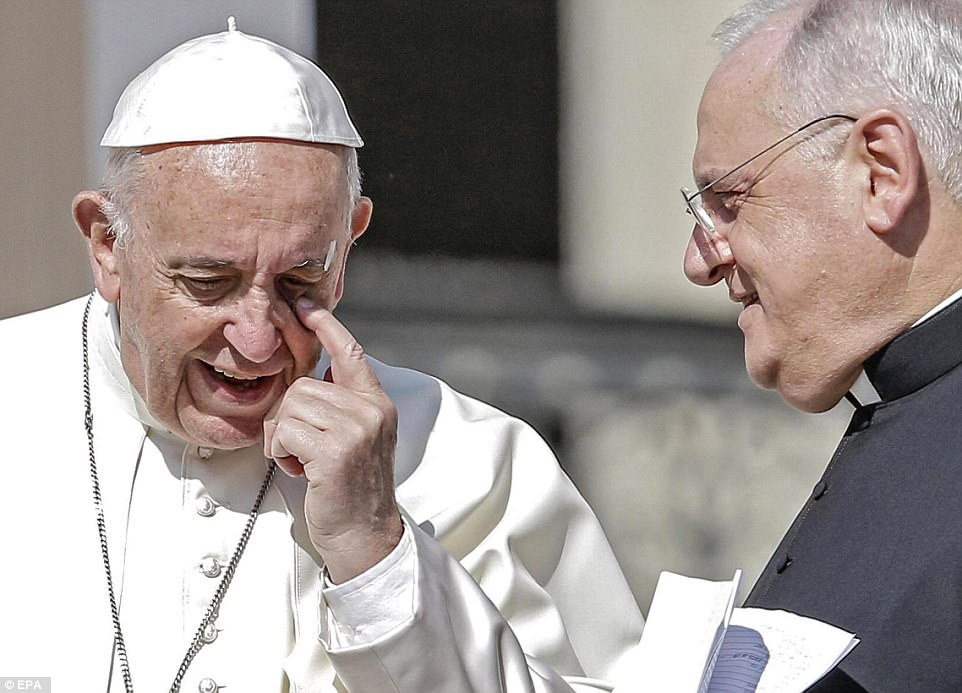 The Pope was thrown against the dashboard of his Popemobile, bruising his eye and cutting his brow during the accident 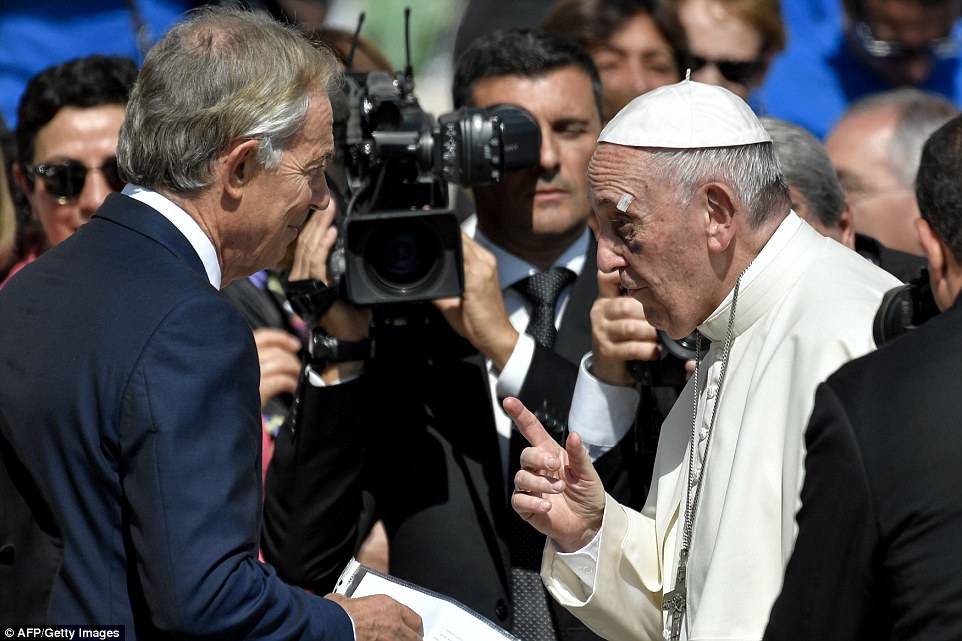 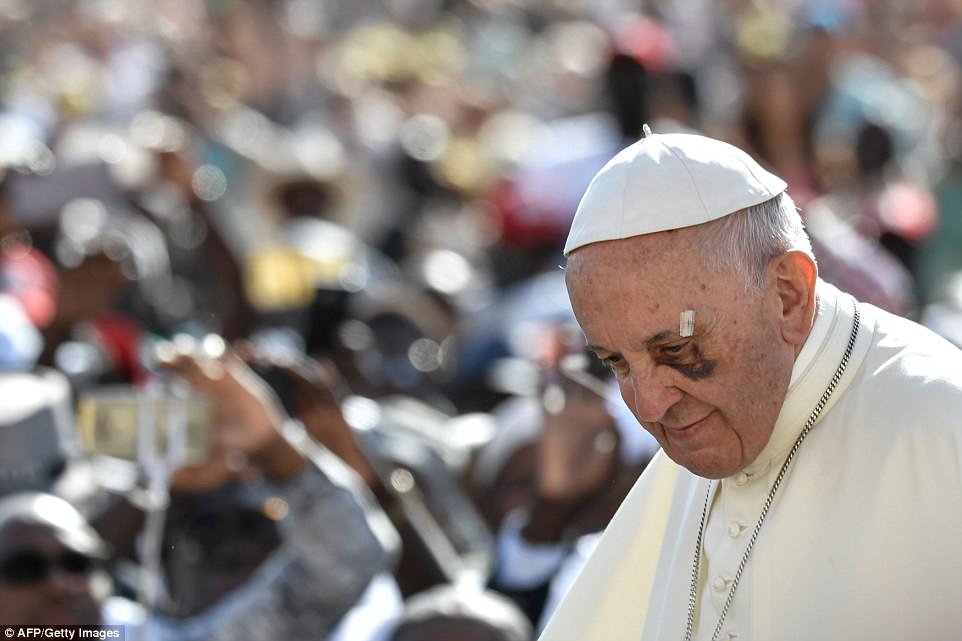 The Pontiff’s has dark bruising around his left eye with a white butterfly stitch over his brow, as a result of the incident 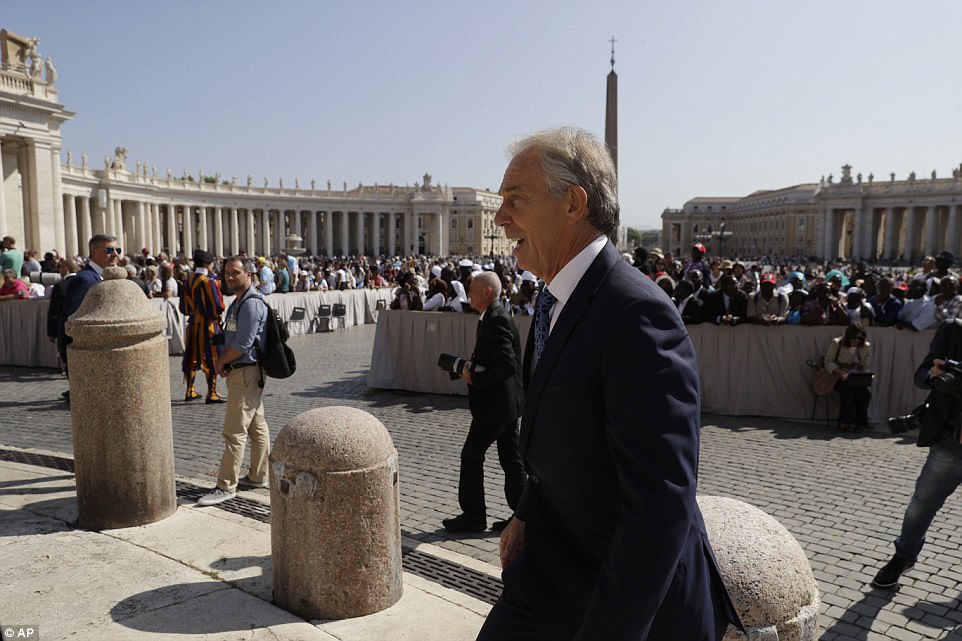 Mr Blair said his conversion to Catholicism had been driven by his wife, Cherie, adding at the time that it ‘felt right’ 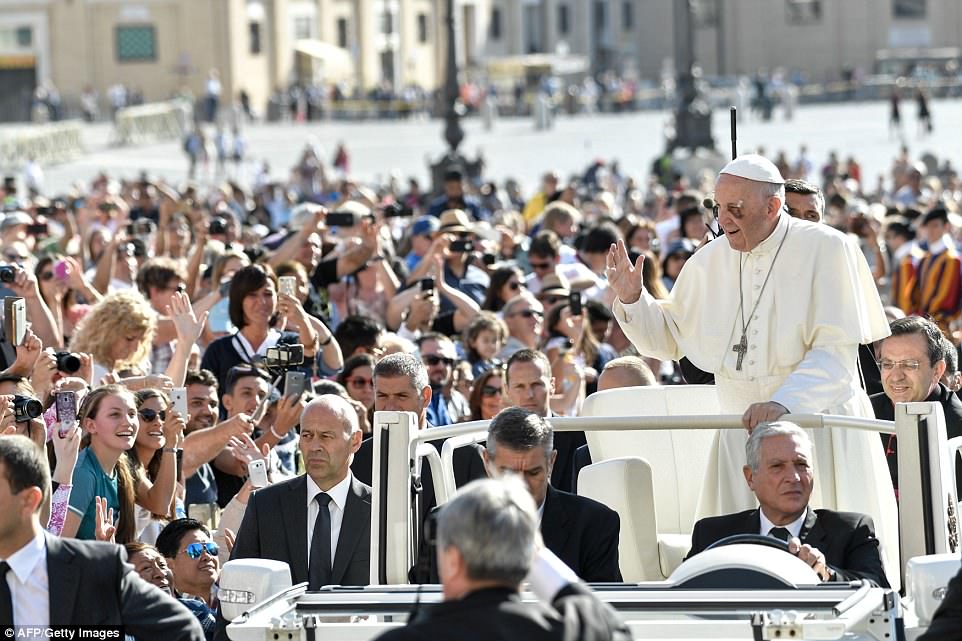