While studio productions have been shut down for the foreseeable future, adult entertainers are taking advantage of the growing need for personal connection during the global crisis — all while sheltering in place in their own homes.

Boy Meets World actress-turned-adult entertainer Maitland Ward, 43, told The Ringer that having premium social media accounts on platforms such as Snapchat and OnlyFans have ‘just put so much control in the hands of the performers.’

Thriving: Adult entertainers such as Maitland Ward have seen a boost in paid subscribers on premium social media accounts on platforms such as Snapchat and OnlyFans during the crisis

Making money: The Boy Meets World actress-turned-porn star charges $7.99 for access to her OnlyFans page, which now has more than 15,000 subscribers

Ward started her career as a mainstream actress and is best known for playing Rachel McGuire on Boy Meets World and Jessica Forrester on The Bold and the Beautiful.

Ward charges $7.99 for access to her OnlyFans page, which she launched last August. She went from having 8,000 paying subscribers at the beginning of 2020 to 15,000 in mid-April thanks to the pandemic giving her business a boost.

She explained that her goal is to help fans take their minds off of the global crisis by offering them sexy, personal interactions, whether they be conversations or more explicit content.

According to The Ringer, Ward has hosted livestream karaoke parties, video sessions with other adult entertainers, sexy cooking sessions, and a ‘corona dance party’ in her shower, where she demonstrated proper hand-washing while lathering up her body.

‘There’s a human on the other end of it that’s reacting to you, and back and forth, so it’s actually comforting to talk to everybody,’ she said. ‘It’s just very communal.’ 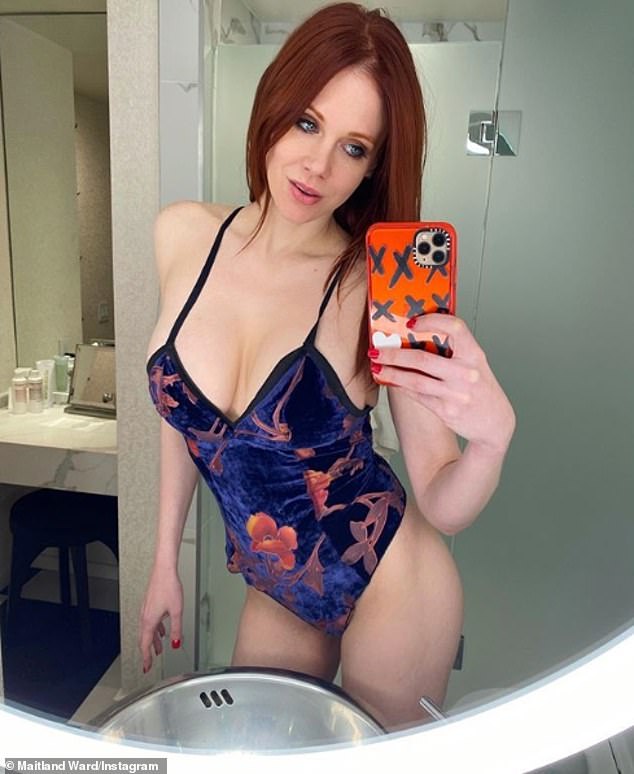 Making connections: Ward said her goal is to help fans take their minds off of the global crisis by offering them sexy, personal interactions 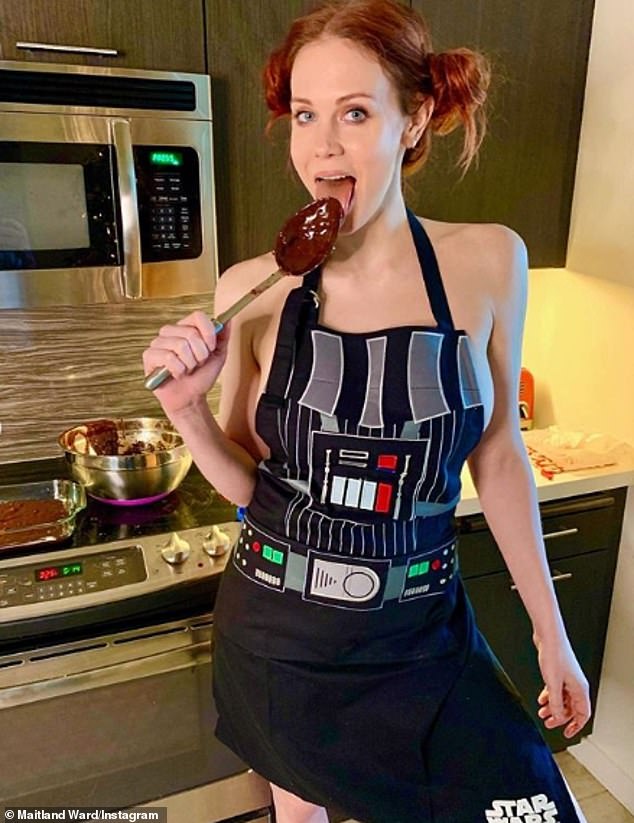 Personal content: She has hosted sexy cooking sessions and a ‘corona dance party’ in her shower, where she demonstrated proper hand-washing while soaping up her body

Pre-pandemic, the 44-year-old traveled all over the world for video shoots and guest appearances to boost her exposure. Rose, who flew over 100,000 miles in 2019, said she’d gotten to the point where she would only be home five to 10 days a month.

In recent weeks, Rose has offset her revenue losses by offering her own content online. She charges $15 for access to her OnlyFans account, which went from 400 subscribers in early April to over 1,000 by mid-May.

She also shoots and edits her own videos that she sells on ManyVids. Prices for the clips range from $3.99 to $19.99 depending on how explicit the scene is.

Rose told the outlet that she has managed to turn roughly 30 per cent of her Instagram followers into paying customers, according to her analytics.

‘I might come out of this pandemic and never have to travel again because it’s going to financially set me up to not need to ever go anywhere,’ she said.

In some cases, independent work has proven to be me more lucrative for performers than traditional studio work.

Alejandro Freixes, managing editor of trade publication Xbiz, told The Ringer that he estimates that adult entertainers only make about $800 to $2,000 per shoot — a number that can fluctuate higher or lower depending on their popularity and the sex acts they are willing to perform. 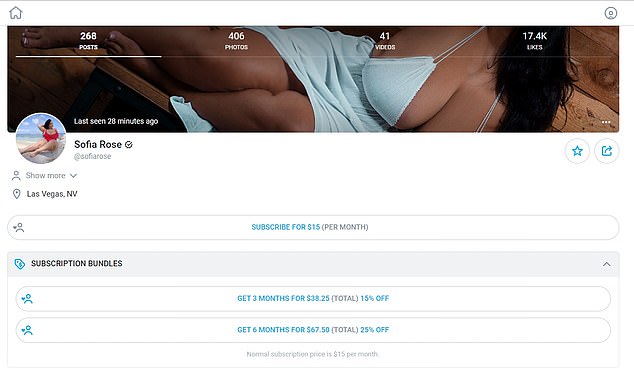 Hustle: She charges $15 for access to her OnlyFans account (pictured) and sells her own videos on ManyVids that range in price from $3.99 to $19.99 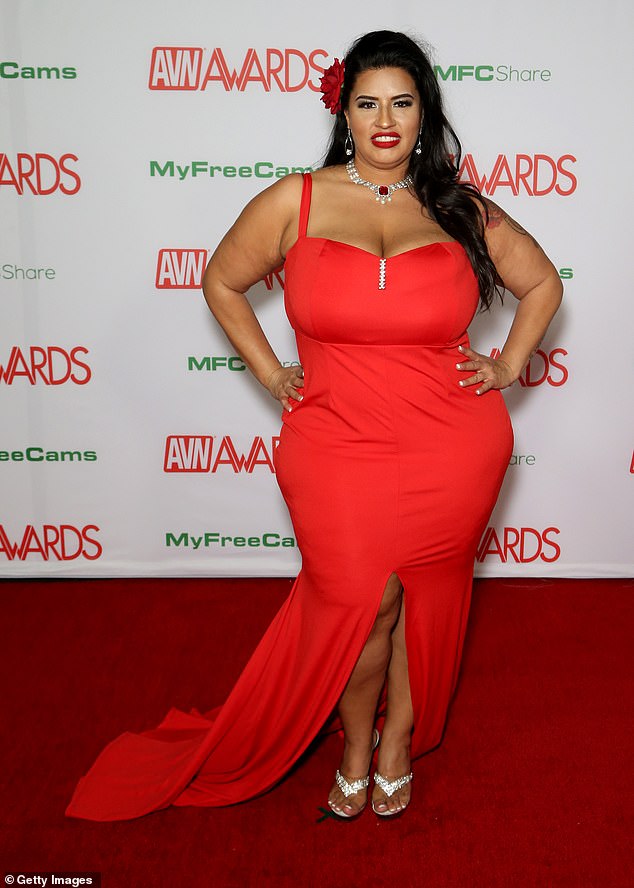 Change: Rose said she may never have to travel for work again thanks to an increase of paid customers brought on by the pandemic

While Rose has plans to reduce her travel schedule when studios are up and running again, she will continue to have a relationship with them.

‘They have an established fan base and a brand that is bigger than I can imagine,’ she explained. ‘By shooting for them, you expand your brand and acquire a new fan base. And by doing that, you increase your income.’

‘I think we’re gonna walk away from this pandemic realizing that the adult industry is an essential business,’ Rose said. ‘And nobody can argue with it at this point, because that’s what’s helping people cope and survive.’

Since the early 1990s, the Free Speech Coalition, the trade association of the adult film industry, has used a system of regular sexually transmitted infection (STI) testing and contact tracing to protect the health of performers.

Through its Performer Availability Scheduling Services (PASS) program, entertainers are tested bi-weekly for clearance to work — and there hasn’t been a single instance of on-set transmission of HIV since 2004, according to a spokesperson.

It is possible that this infrastructure could be implemented across the US in various different companies in an attempt to prevent the spread of COVID-19 when the country fully reopens.