Porsche has announced a recall for more than 40,000 of its electric Taycan sports cars as wiring harnesses under the two front seats could be damaged during adjustment, potentially causing airbags and belt tensioners to fail.

Porsche UK has confirmed that it notified customers about the recall last month and has already carried out checks on vehicles at its workshops around the country.

It is the second major recall issued for the £75,000-plus Taycan EV after over 43,000 models were called back in July last year in regards to an electronic glitch that caused a sudden loss of power.

Recall: Over 40,000 Porsche Taycan models built between July 2019 and May 2021 have been called back over a potential safety fault that could deactivate airbags and seatbelt tensioners

The German car company is recalling 40,421 examples of its flagship electric sports car worldwide after finding that by moving the driver’s and front passenger’s seat forwards and backwards it could cause damage to the wiring harnesses located beneath them.

This could result in the deactivation of airbags and belt tensioners, which could have catastrophic consequences for occupants if the vehicle was to be involved in a crash.

No official statement has yet been issued by the sports car giant, though the manufacturer’s UK division told This is Money that it has already started the recall process for customer cars, though has not clarified how many models in the country are affected.

Customers will have to take their car to their nearest authorised dealer where free checks will be carried out on their expensive EVs and no-cost fixes carried out.

The cheapest Taycan currently starts from £75,500, while the most expensive is a whopping £143,400 for the Taycan Cross and Sport Turismo estates.

News regarding the recall was first shared by German motor trade magazine kfz-betrieb. 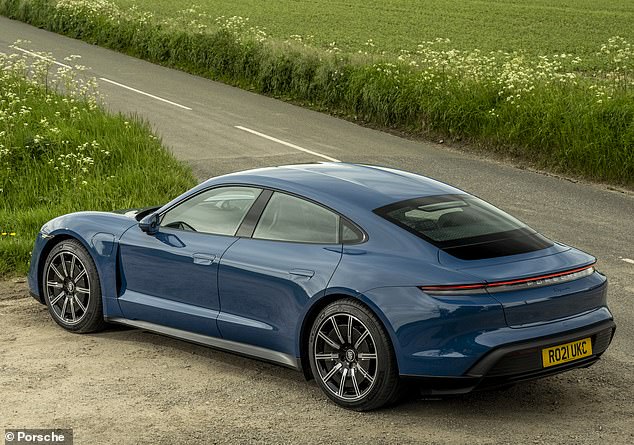 It comes a year after Porsche recalled over 43,000 Taycans worldwide over faulty software that could trigger a suddenly shut down.

The glitch in the electronics could cause a sudden loss of power and a dashboard warning urging the driver to find a safe place to stop.

That call back affected all Taycan vehicles produced and delivered before June last year and was remedied with a no-cost software update.

Around 4,500 cars in the UK were estimated to be affected by that recall.

Another – less dangerous – recall is currently out for Taycan models to remedy a problem with that can stop the infotainment screen and digital instrument cluster do not start when the car is started up. Again, a free software update will fix the problem.

Away from recalls, Porsche told us it is also rolling out a complimentary software upgrade to all Taycan owners starting this month to bring earlier Taycan models up to the latest ‘2023 Model Year’ status.

This means all Taycan owners will get the most efficient powertrain settings and latest battery thermal management update to boost charging capabilities.

And it also means customers with older models will have access to its subscription-based upgrade package, which is similar to the controversial ‘paywall’ features made available by BMW – including heated seats at £15-a-month. 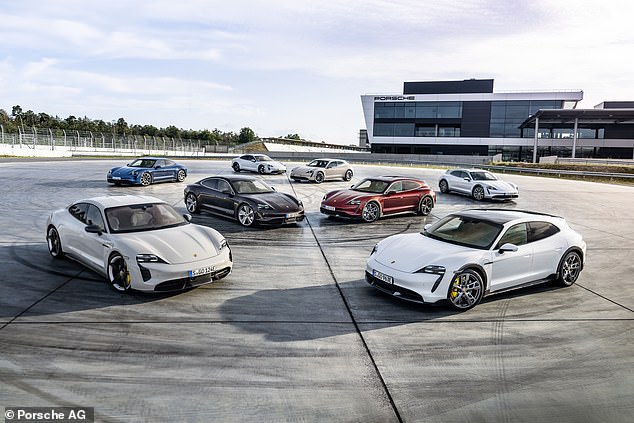 Like BMW, Porsche has features in its latest cars – including the Taycan, Taycan Cross Turismo and Taycan Sport Turismo estates (all pictured) – that are locked behind a paywall. Drivers pay monthly subscriptions to unlock them 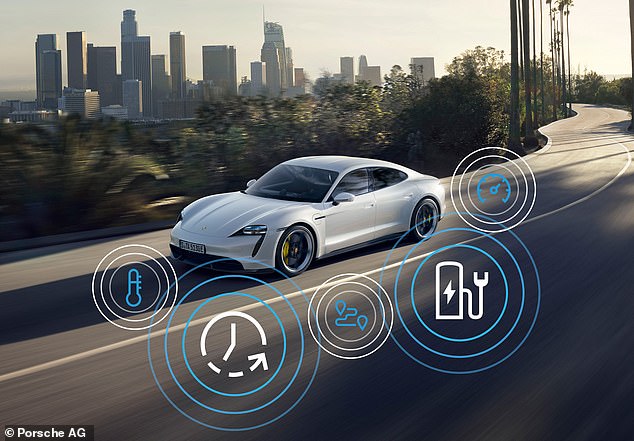 Features including Active Lane Keeping is available for £18-a-month. Customers can also pay extra to have a dynamic headlight feature switched on, costing £32-a-month

BMW also offered a heated steering wheel function for £10 per month, along with a High Beam Assist for the same monthly subscription cost.

Porsche has a similar system itself for Connect features and something it calls Functions On Demand (FOD).

It offers flexible upgrade packages for various convenience and assist functions as required.

This includes a 7GB-a-month data package allowing customers to surf the internet while connected to the car’s built-in wifi. This is £19 per month.

FOD features built into the car that can be unlocked via subscription includes Active Lane Keeping for £18-a-month and the brand’s ‘InnoDrive’ bundle of assistance features – including sign recognition, automatic speed control before making indicated turns and a sporty driving function – also for £18.

Customers can also pay extra to have a dynamic headlight feature switched on, costing £32-a-month.

There are also options to have these features installed on a permanent basis, while others have annual subscription plans.

Porsche says owners of older Taycans will need to take their cars to dealerships to have the capability for over-the-air updates added. 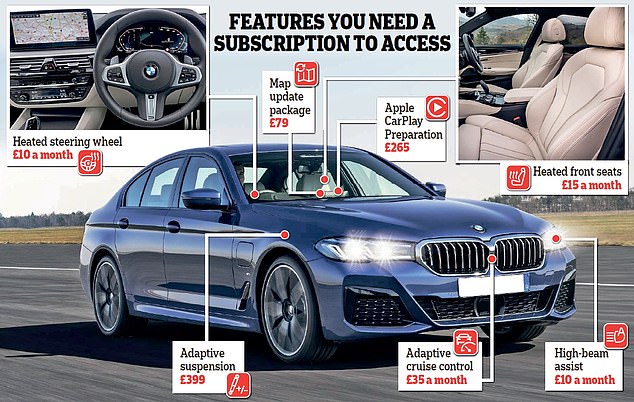