By Peter Vincent and Andrew Prentice For Daily Mail Australia

An AFL club has admitted its jumper for the league’s upcoming Indigenous Round was a plagiarised version of an Aboriginal artist’s handiwork – but the designer doesn’t want the teenager responsible to be vilified.

Aboriginal artist Elle Campbell was stunned when she recognised a painting she made in 2019 was clearly visible in the design of Port Adelaide’s guernsey.

Port had run a competition to design the jersey and chosen the submission of a 17-year-old student who had plagiarised Ms Campbell’s work.

The club on Friday confirmed the artist’s claim.

Port Adelaide’s players (pictured) modelling the game day guernsey they are poised to wear on May 30 in the AFL’s Indigenous Round. The winning design – submitted by a high school student who won a club promotion – was copied 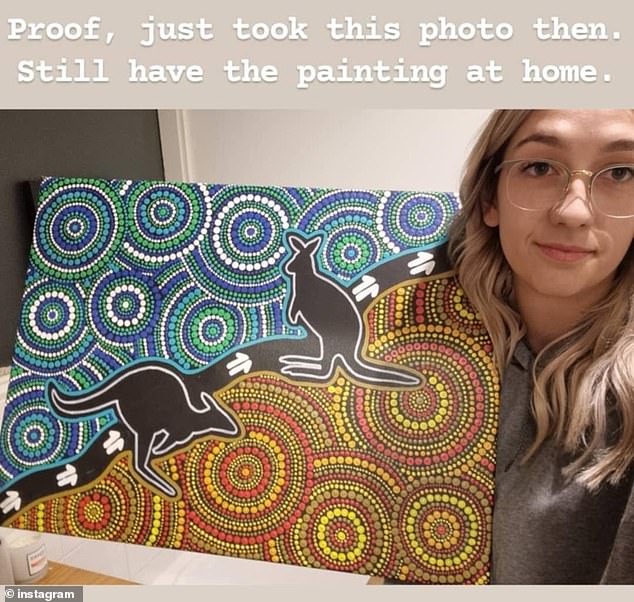 Ms Campbell said she had spoken to the student who copied it and was impressed the teenager ‘owned’ her mistake.

‘I ask people to consider her feelings because there’s certainly no ill feeling from me and I just want her to work through this situation with her family.’

The Aboriginal artist said Port Adelaide handled the matter well and she was pleased to be recognised as the artist behind the jumper design.

Ms Campbell added she wanted players to wear the guernsey ‘with great pride’ in the Indigenous round next weekend.

‘Sir Doug Nicholls Round is important to me and my people and I know it means a lot to Port Adelaide,’ she said.

‘It’s a mark of her character that one of her first concerns was the welfare of the student,’ he said.

All AFL clubs produce a special new design each year for Indigenous Round, which celebrates the contribution of Aboriginal and Torres Strait people to the sport. 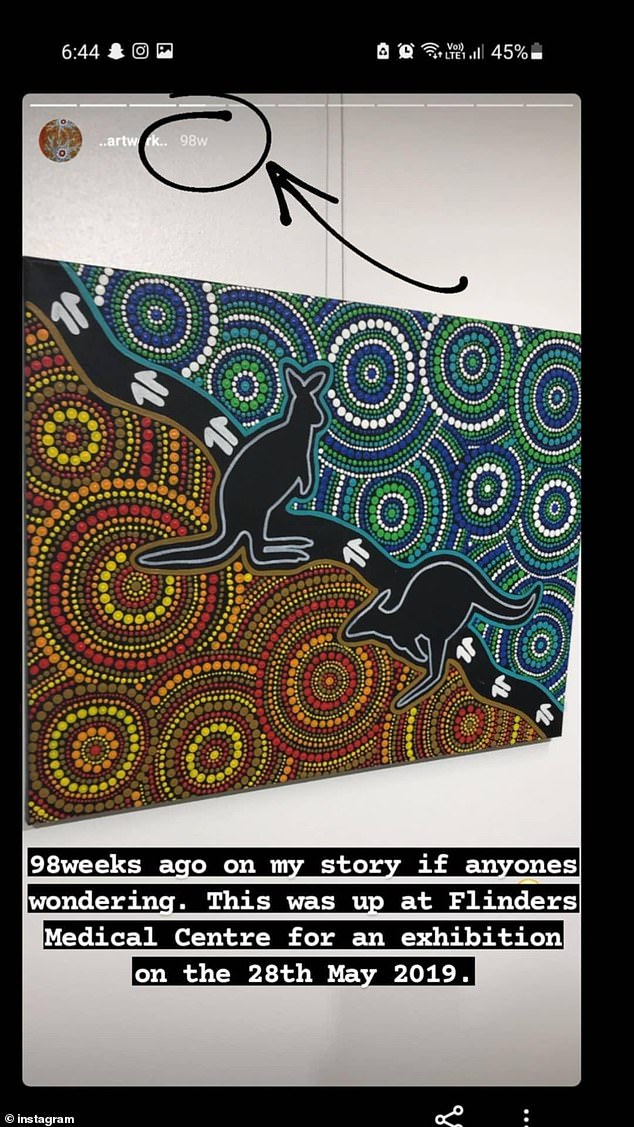 Earlier, Ms Campbell had displayed her painting online to prove her point, with the two images being nearly identical.

‘Wow. This is MY painting, someone has submitted it as their own and PAFC (Port Adelaide Football Club) are using it for their guernsey,’ Campbell fumed on Instagram.

‘I am deeply hurt by the use of this painting and the ‘artist’ claiming this work (to) be their own,’ Ms Campbell said.

‘The meaning behind this painting was of my families’ ancestral burial ground at Kingston S.E. and the connection we still have with the native flora and fauna on those lands. 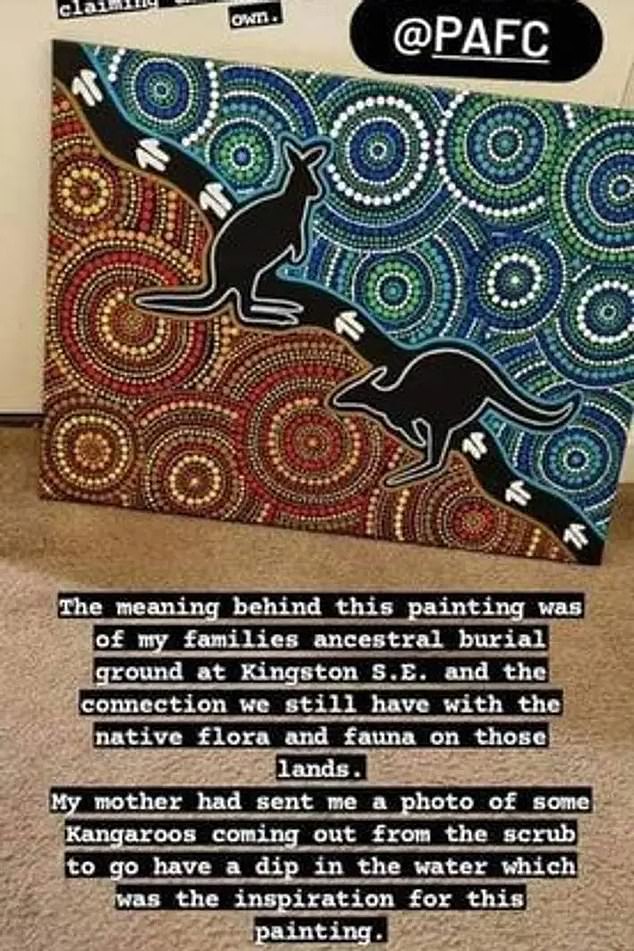 ‘My mother had sent me a photo of some kangaroos coming out from the scrub to go have a dip in the water, which was the inspiration for this painting.’

Ms Campbell added she was ‘heartbroken another Aboriginal woman has stolen my artwork that not only means so much to me, but it also one of my first paintings’.

‘I want my art to be seen on my own merit. That’s now been taken away from me,’ she said.