A real estate agent who sells multi-million-dollar homes has avoided getting a criminal record for assaulting a bouncer and trying to kick his groin at a small pub.

Eliza Priddis, 29, pleaded guilty to common assault on Wednesday after hitting a bouncer at The Settlers Inn in Port Macquarie, on NSW’s north coast, on July 16.

Priddis was attending a 50th birthday party at the pub when she started acting ‘obnoxious’ after having a few too many drinks.

The chaos began when Priddis threw her water bottle at the bar after staff cut her off, according to agreed police facts, The Daily Telegraph reported.

She then kicked her phone towards a nearby Keno machine and then at a table where it was caught by a man.

The security guard then decided to kick out Priddis from the venue because her behaviour was ‘dangerous’ to other patrons – telling her she needed to leave immediately.

He asked Priddis to leave the pub several times but she refused and instead tried to kick him.

‘(She) swung her leg a second time in an attempt to kick the victim in the groin (which was) blocked with his hand (causing Priddis) to spin around,’ court documents said.

The bouncer then took Priddis’ wrist in an attempt to move her form the venue but she started screaming he was ‘breaking’ it.

‘(He) released his grip on her and she swung and hit the (him) in the right ear where his earpiece sits,’ police facts said.

The real estate agent was eventually moved off into the carpark by her male companion. 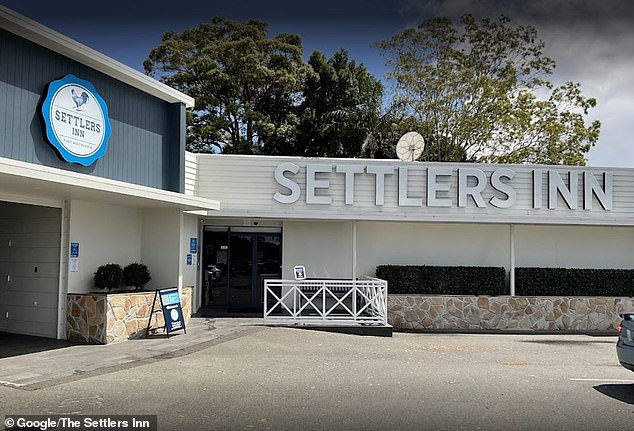 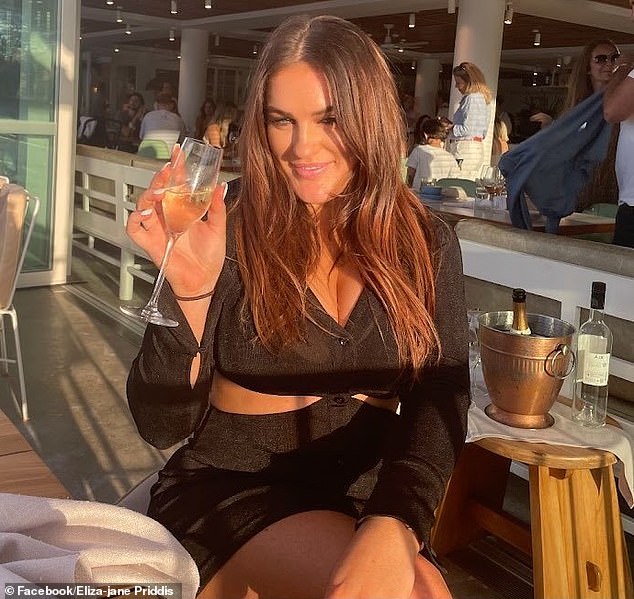 She turned herself into police two days later and told the court she attempted to apologise to the pub’s security in person.

Priddis’s lawyer said she was intoxicated at the time of the assault and pointed to her almost clear criminal record, which only contained one mid-range offence for driving under the influence in 2016.

‘I’ve since told her you’ve got to be so careful with how much you drink,’ her lawyer said.

The magistrate agreed the incident appeared to be related to intoxication and sentenced Priddis to a 12-month conditional release order for common assault.