Portugal 4-0 Israel: Bruno Fernandes nets twice while Cristiano Ronaldo and Joao Cancelo also get on scoresheet as Fernando Santos’ side enjoy routine victory in final friendly ahead of Euros

Portugal signed off their Euro 2020 build-up with a comfortable 4-0 victory over Israel on Wednesday night with their star men playing a leading role once more.

Joao Cancelo then got his name on the scoresheet before Fernandes rounded off proceedings in injury-time.

It was a routine night at the office for Portugal, who begin their Euro 2020 campaign against Hungary next Tuesday evening. 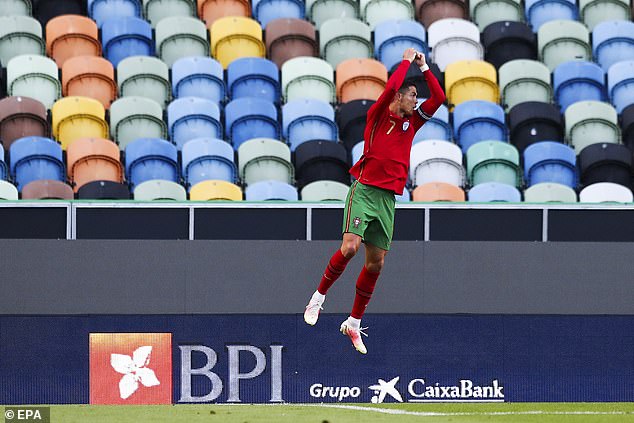 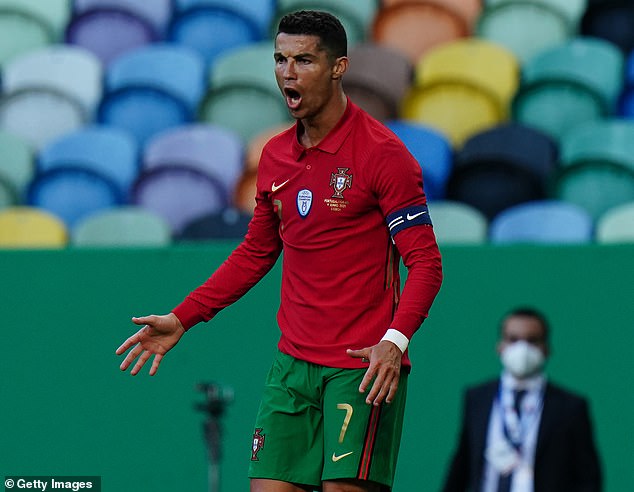 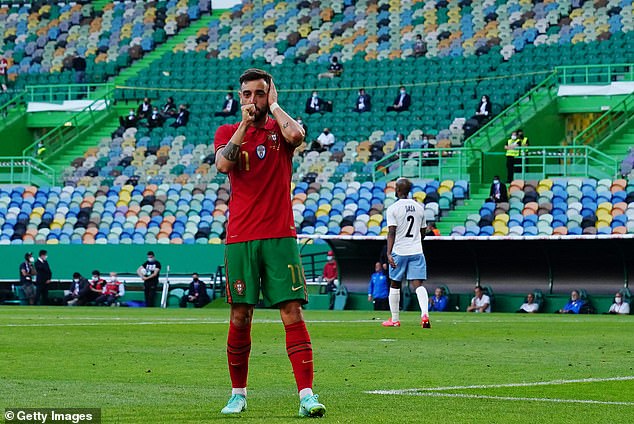 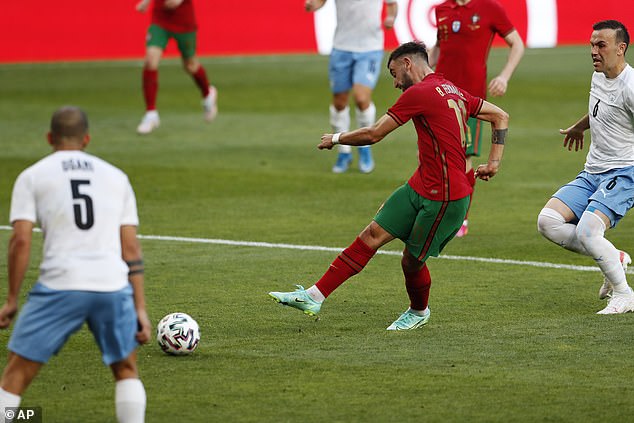 Fernandes strikes home just inside the penalty area, to send Portugal on their way to victory