The painful post-mortem has started in Germany after Spain destroyed them 6-0 in the UEFA Nations League on Tuesday night.

Giants of the international game and usually the ones dishing out the heavy beatings, this time Joachim Low’s side were on the receiving end and the press back home have been merciless in their assessment of the drubbing.

Der Spiegel described it as ‘like a wrecking ball’ and reported that ‘Spanish fury had ruined Germany’s planned rise back to the top of the world… it was a game like a slap in the face’. 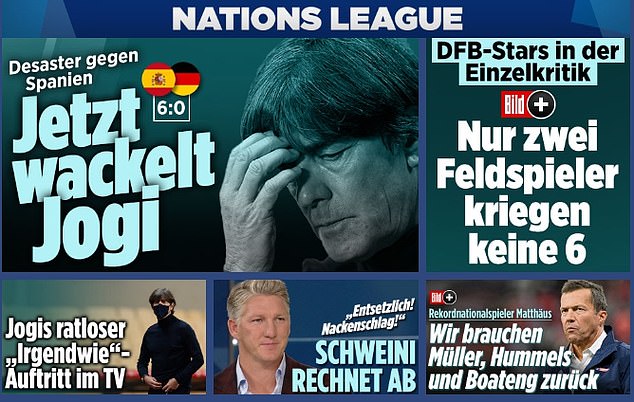 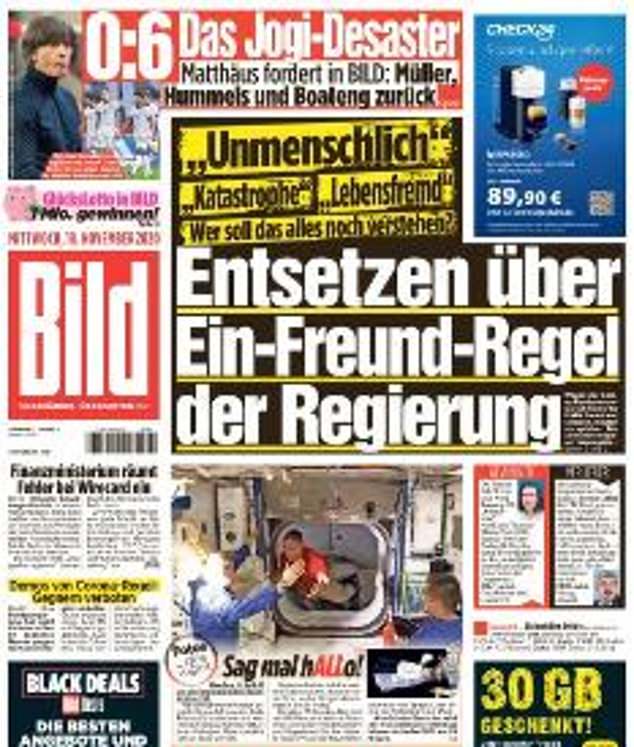 ‘Low’s team was not defeated, it was destroyed’, exclaimed WELT and they went on to brand the 6-0 a ‘historic debacle’.

BILD tore into the team and said ‘Low is wobbling after the disaster against Spain. ‘Bodiless, defenseless, without a chance, the DFB-Elf goes under in Seville,’ they wrote.

Frankfurter Allgemeine wrote that the German national team ‘had experienced a disaster’ and now says Low ‘faces a mess of a team’ to sort out.

‘It was humiliation from the first to the last minute – and the biggest defeat of a DFB selection since 1931’, lamented Morgenpost. 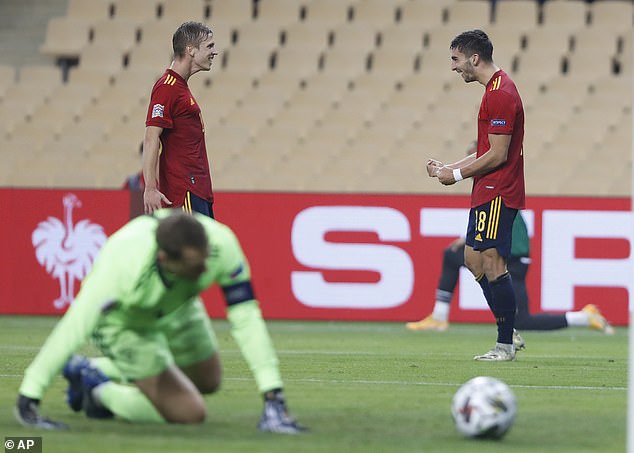 Sueddeutsche branded it ‘the worst game in the era of the national coach’.

And they went on to pick the performance apart in excruciating detail, writing: ‘Frm a German point of view it doesn’t just sound like disaster and humiliation, it actually was, and actually it was even worse.’

‘The line-up promised courage and aggressiveness – and the risk that things could get tight in the back from time to time.

‘But that was not to happen, instead a scoring of historic proportions began: the highest defeat since a 6-0 draw against Austria – in 1931.’

Spain had been on a three-match winless run going into the game and there were green shoots of optimism surrounding Germany. 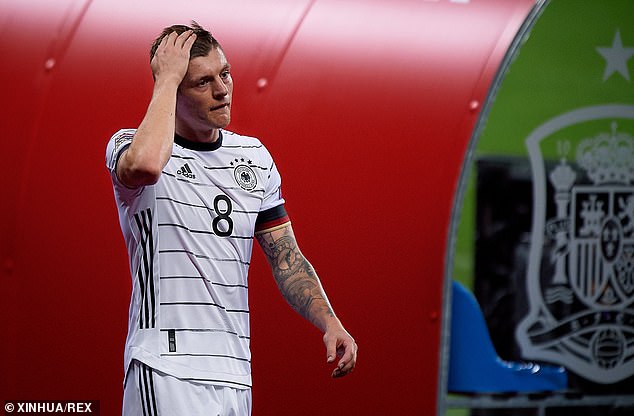 But the visitors were sliced open with ease and Ferran Torres, Manchester City’s in-form new signing netted a hat-trick.

His club team-mate Rodri added another with Alvaro Morata and Mikel Oyarzabal adding the other goals. And the reaction across Europe was just as shocked. La Repubblica wrote: ‘In Seville, Spain humiliate the men of Joachim Löw and grab a ticket for the semi-finals.

Kurier in Austria called the Germans ‘helpless’ and in Serbia it was called the worst game in Germany’s history while press in Croatia labelled the defeat as a ‘catastrophe’.

‘I really don’t know what happened to the team,’ Low himself told reporters after Germany’s heaviest defeat in 89 years and their worst in competitive football. 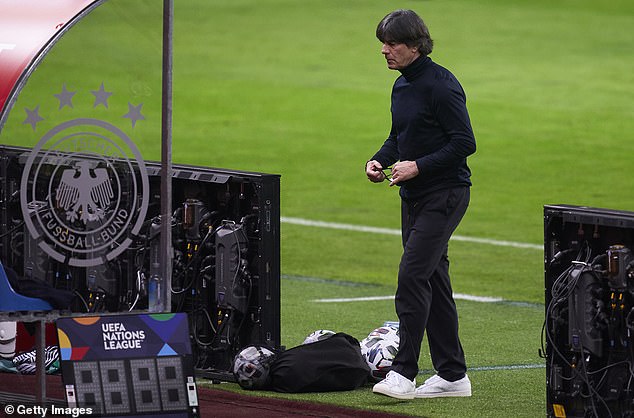 ‘We had hardly any chances and we didn’t win a single individual battle out on the pitch… this has been a black day for us.

‘In the second half we tried to press them high up the pitch to score and get back into the game but Spain played far better than us, they were much faster and played with more precision.

‘We said before the game that we trusted in the players in our squad and that we were on the right track, but today we saw that we are not progressing as well as we had thought after our last few games.’

Toni Kroos added: ‘This is definitely one of the worst defeats of my career. It hurts’