Powdered blood that’s ready to use in an instant

Whether it’s soldiers on the battlefield, women in childbirth or victims of a car crash, heavy bleeding requires a rapid transfusion of plasma — the liquid part of blood that’s rich in healing proteins.

Yet a little-known shortcoming in the system to replace lost blood means medics may have to wait 20 to 30 minutes while a patient’s life ebbs away because the plasma they need is not immediately available.

Around 2.5 million people in Western countries hospitalised with severe bleeding die every year. ‘Some would certainly have survived if they’d been treated before arrival,’ says Dr Martin Schreiber, a trauma surgeon and a professor of surgery at Oregon Health and Science University in the U.S.

‘Such patients die unnecessarily and it makes you feel so angry and helpless.’

Plasma needs to be delivered to a trauma victim within the ‘golden hour’. When that has passed, recovery becomes increasingly difficult. The cause of this potentially deadly bottleneck is that stored plasma is frozen, otherwise it would rapidly go off.

So if frozen plasma has to be thawed at short notice, the golden hour window can be squeezed shut. Thawing plasma in advance for ambulance crews is difficult and rarely an option.

But this should soon be a thing of the past, thanks to a new way of turning plasma into a powder that can be stored in transfusion-ready bags. Doctors could then just add water and have plasma ready to use within minutes.

The technology is being developed in the U.S. and should be available in the UK in a couple of years.

The company behind it, Velico Medical, has adapted a technique called spray-drying to turn liquid into powder, similar to that used to turn fresh milk into powder.

Donated plasma is pumped through narrow nozzles creating a fine spray of droplets that are gently heated to evaporate the water. 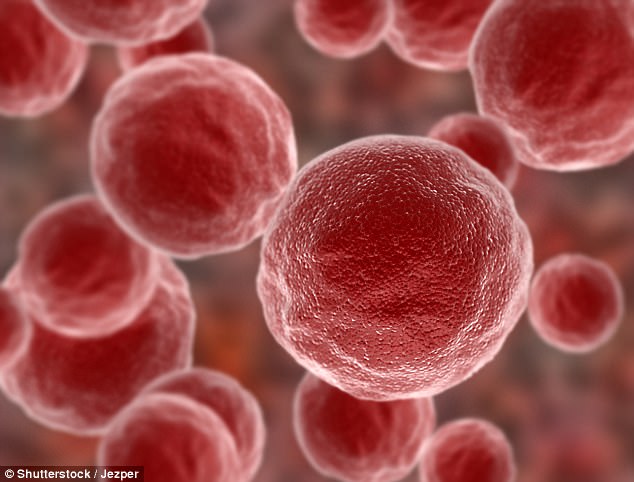 Revolution: The technology for powdered blood is being developed in the U.S. and should be available in the UK in a couple of years

Research into the safety and efficacy of dried plasma has largely been done by the military. Earlier this year, a study by the U.S. Army Institute of Surgical Research reported it was just as effective as normal transfusions in helping the blood to clot.

Part of the impetus for improved treatment came from the experience of medics in Iraq and Afghanistan where uncontrolled blood loss was the leading cause of death in war.

Dr Schreiber did several tours of duty and returned to civilian life determined to improve the way trauma was handled at home.

An estimated 5 to 10 per cent of lives lost to haemorrhaging could be avoided by cutting the delays involved in thawing plasma. ‘The research we did on duty overseas showed just how important the golden hour is,’ says Dr Schreiber.

Powdered plasma can be kept in fridges near where it’s needed — in theatres or carried by ambulances and rescue helicopters. Then when extra is needed, it can be rapidly turned back into a liquid with distilled water.

‘Powdered plasma doesn’t need large expensive freezers. It can be kept in fridges near where it’s needed — in theatres or carried by ambulances and rescue helicopters. Then when extra is needed, it can be rapidly turned back into a liquid with distilled water.’

Spray-dried plasma is also expected to cut waste; a lot of plasma is unfrozen ‘just in case’ and never used. This was found to happen to around 30 per cent of supplies sent to cardiac theatres in a large U.S. hospital, according to a recent study in the journal Anaesthesia & Analgesia. Instantly available plasma could also mean an end to putting a saline drip into trauma patients.

This is routinely done in the belief that it helps raise blood pressure and improve clotting. But U.S. military research found it was not just ineffective, but dangerous. ‘Everybody does it, especially if plasma is not available,’ says Dr Mark Popovsky, chief medical officer and transfusion expert at Velico Medical.

‘But it is based on the mistaken belief that getting some liquid in when blood pressure is dropping due to blood loss must be good. The body’s clotting system is already messed up and the drip makes it worse,’ he continues.

‘It allows blood to leak through the lining of arteries and into the lungs which is particularly dangerous. Plasma reverses those harmful processes which is why the military is phasing out saline.’

The new spray-dried plasma still needs further trials to prove its safety and effectiveness but it is being watched with interest by UK medical experts.

‘We welcome any development that could lead to improvements for patient treatment,’ says Dr Rebecca Cardigan, head of components development at NHS Blood and Transplant.