A lucky Australian has the chance to become a multi-millionare with Powerball offering a massive jackpot on Thursday.

Powerball has soared to $20million for the fourth time this year after jackpotting for three weeks in a row.

A couple in Victoria were the last to win a Powerball draw and took home a life-changing $80million in early July.

But in the weeks since, no entry has had the seven winning numbers and all-important Powerball number needed to win division one.

One in ten Australians are expected to enter to potentially win the prize, which will be drawn on Thursday night.

‘Our advice to these players to make sure you register your entry so we can call you with the life-changing news!’ The Lott spokesperson Bronwyn Spencer said.

‘Both our $80million division one winners, and our previous $20million winner held unregistered tickets, meaning we had to wait several days for them to come forward to claim their prize.’

‘Imagine walking around with a ticket worth $20million and not realising? That’s the reality if you don’t register your ticket!’

Ms Spencer suggests people register their tickets so they can be contacted about the exciting news.

‘For players who are registered, we recommend ensuring your contact details are up to do date,’ she said.

‘Finally, if you hear your phone ringing after the draw, make sure you answer – there could be $20million reasons why you should!’ 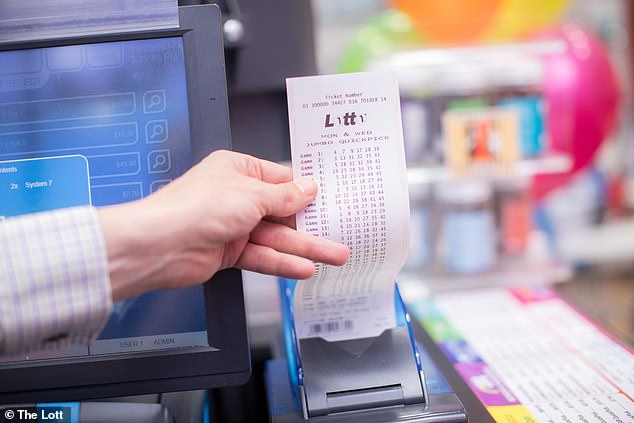 The last man to score a division one prize of $20million was in April when a Narre Warren man waited five days to claim his prize.

‘You’re joking! That’s unbelievable! You’ve got to be kidding me!’ he told The Lott.

‘This just can’t be right. I didn’t expect this news. When I scanned the ticket, and they told me they couldn’t pay it in the store, I thought it was because it had been cancelled – not that I had won $20million.’

Tickets can be purchased at any licensed lottery outlet, online or via The Lott mobile app.

The draw closes on Thursday at 7.30pm and is drawn about an hour later.