More than £27billion has so far been paid to customers mis-sold payment protection insurance. But billions more in compensation is still up for grabs.

An industry campaign fronted by an animatronic model of Arnie Schwarzenegger as The Terminator has now been launched to unearth the millions of people yet to claim cash redress before the claims deadline expires in 2019.

Here, The Mail on Sunday answers the key questions on this sorry mis-selling scandal and how you can file a claim.

Campaign: The ad featuring ‘Arnie’ is designed to spur people on

It is an insurance policy that was sold by the bucketload alongside loans, credit cards, hire purchase arrangements, shopping catalogue credit, store cards and mortgages.

It was primarily offered between the 1990s and 2010. If someone was unable to work – perhaps through redundancy or an accident – it would meet any loan repayments for a short period, usually at most a year.

WHY DID IT BECOME A SCANDAL?

Millions of people were persuaded to take cover when they either did not need it or could not claim on it, perhaps because they were self-employed. Many did not even know they had a policy because providers added it to monthly loan repayments without their knowledge.

So far, lenders have shelled out more than £27billion in compensation with Lloyds Banking Group alone forking out £18billion. The group, whose brands include Bank of Scotland, Halifax and Lloyds Bank, has also set aside more cash for future complaints. The overall bill for sorting out the mis-selling debacle could balloon to £100billion.

WHO SHOULD COMPLAIN NOW? 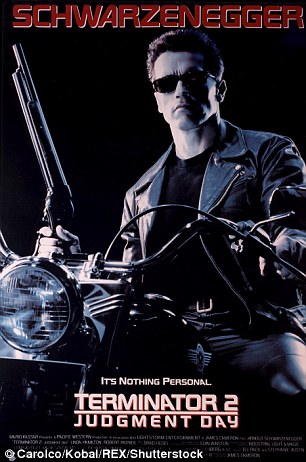 You may have to look back a couple of decades to discover whether you were mis-sold a policy.

The big sales push in cover began about the time Terminator 2: Judgment Day, hit movie screens in 1991. If the dusty statements you uncover contain references to PPI or other terms such as ‘loan care’, ‘credit insurance’ and ‘payment cover’ then you are likely to be in line for a windfall.

Even if you have already had a complaint rejected, you may still be owed compensation if the lender charged excessive commission on the policy. Sales commission often ate up two thirds of the premium. More recent rules allow you to get back that commission plus interest, even if the policy was not mis-sold.

Policies affected by this commission rule are mainly those attached to loans that were in place in April 2008 and thereafter.

HOW TO GET COMPENSATION

A do-it-yourself claim is the most profitable approach to take as victims stand to pocket the full compensation owed.

The sum paid may be far greater than you expect. This is because a minimum 8 per cent a year flat interest is added to the premiums paid as part of the compensation package.

The average compensation claim paid to date is £3,000, but some claimants have clocked up six figure sums. Such payments have given the economy a boost as windfalls are often spent on consumer goods and services. To claim, check out the relevant bank’s website. You will then need to provide your personal details, including the address at the time of the policy’s purchase and the period you held the insurance.

The cut-off date for most claims is August 29, 2019, but it could be earlier if your provider has already approached you about making a claim. Miss the deadline and legal action is the only option.

It is helpful but not essential to include the policy number. Make clear whether your complaint involves mis-selling or the high levels of commission paid to the sellers.If you have lost the paperwork providers must trawl their own records. If nothing materialises, check your credit report with a reference agency such as Experian, Equifax or Callcredit that should contain details about old loans.

Alternatively, try the Financial Ombudsman Service at financial-ombudsman.org.uk. If you need a helping hand through the claims process try a free online complaints service such as Resolver or Which?. Get tips at moneyadviceservice.org.uk.

People who cannot be bothered to do the ground work can give permission to a third party to do it, such as a claims handling company.

Claims firms are the operations that plague householders over the phone and by text at all hours of the day. Many are legitimate, but the payoff is they take a fee of as much as a third of any compensation paid.

But there is no guarantee you will get anything. If you take this route only use a claims company authorised by the Claims Management Regulator, part of the Ministry of Justice. Firms must give written information about the service they offer, spelling out charges and when you must pay them.

Although many work on a ‘no win, no fee’ arrangement, you may still have to pay their expenses – £1,000 plus – if your claim fails.

James Walker, founder of Resolver, says: ‘It is frustrating the two most common urban money myths about claims managers still persist. First, that it is easier to pay someone to deal with the complaint than handle it yourself. Secondly, that it will improve your chances of winning. Both are untrue.’

WHERE TO FIND EXTRA HELP