A YouTube prankster who broke into the Big Brother house scaled the Severn Bridge to ‘capture the sunrise’.

Daredevil Ally Law walked up the giant structure, linking England with Wales, with a group of friends before posing for photos in one of the 446-ft towers.

The 21-year-old, who also previously clambered to the top of Blackpool’s Big One rollercoaster, held on to thin wires as he walked without safety harnesses up suspension cables.

YouTube prankster Ally Law scaled the Severn Bridge with a group of friends, walked unaided up the suspension cables 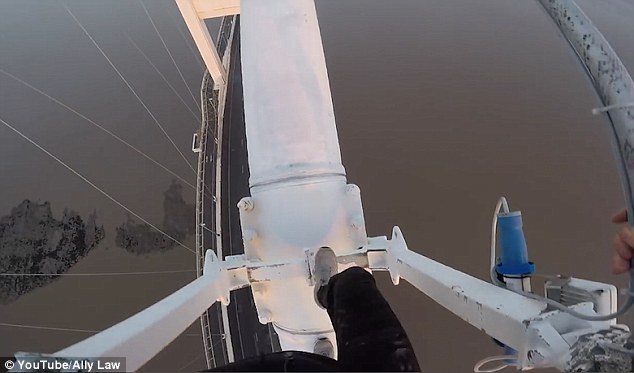 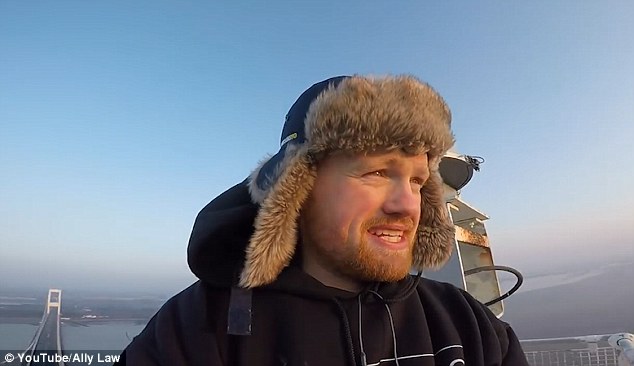 Mr Law, who has previously clambered up Blackpool’s Big One rollercoaster, said he and his friends climbed up the bridge to watch the sunrise

Avon and Somerset Police said officers attended the scene and gave the trespassers ‘words of advice’ – but no arrests were made.

Mr Law is well-known for taking part in daring climbs around the world, and posting pictures and videos of the stunts to followers on YouTube, Instagram and Facebook.

Discussing his latest death-defying stunt, he said: ‘We did it for sunrise on the Saturday morning.

‘We all came upon the train from London to Bristol on Friday, stayed at our friend’s house in Bristol and then woke up at 6am to head to the bridge.

‘The other people in the video are all close friends I’ve been doing this with for years. It was such a big thing to do that everyone wanted to come along.’

He added: ‘It was incredible. It was stupidly cold but the view from the top of the bridge was insane.’ 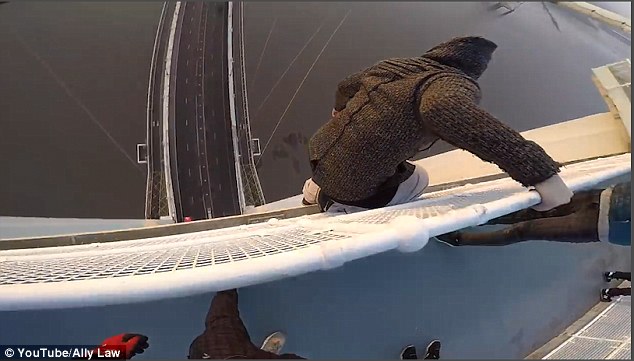 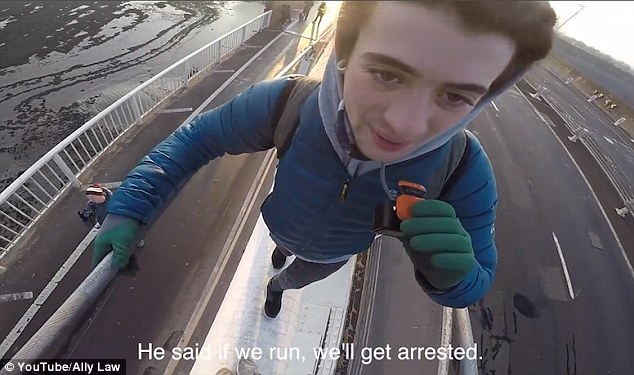 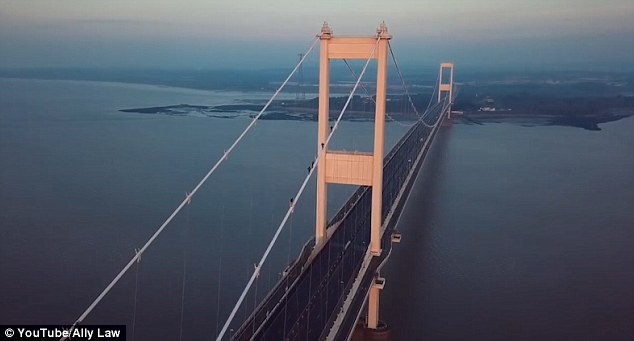 Mr Law said he began climbing small rooftops about five or six years ago and has continued ever since.

‘Why? It’s a hard one,’ he said. ‘Not many can understand it. It’s different, it makes me fully present and makes me live for now.

‘Nothing else really matters apart from what you’re doing at this exact moment and it’s just a unique but pretty wonderful feeling.

‘I’d say to anybody wanting to do this, to not! It looks cool and easy but there is no room for error and one mistake results in almost certain death. 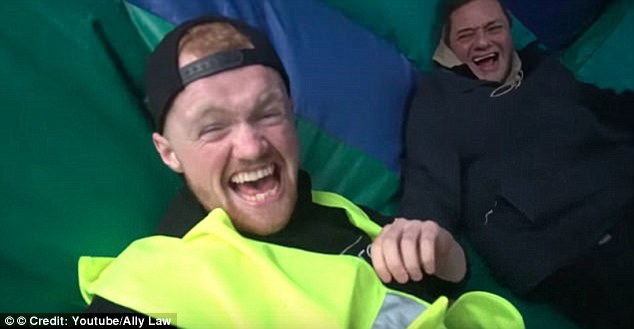 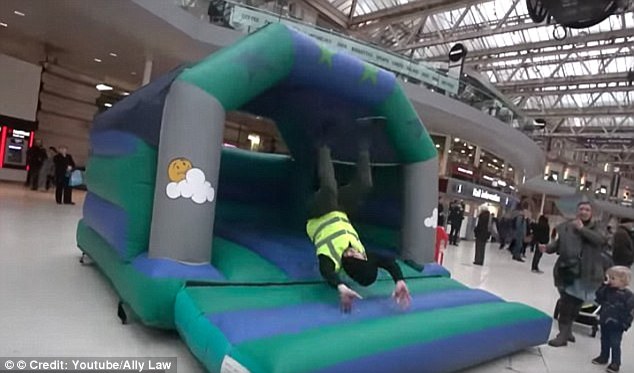 ‘Life is too short to mess about with but we’ve all been doing this many years.’

Avon and Somerset Police said the M48 Severn Bridge was closed for a period on Saturday morning due to the poor and potentially dangerous weather conditions.

A spokesman said: ‘We were called to reports of concern for welfare on Saturday morning – a number of men had climbed the old Severn Bridge at about 8am.

‘Because of the poor and potentially dangerous weather conditions and icy temperatures the M48 over the bridge was closed. After 10 minutes the group came down and were given words of advice. 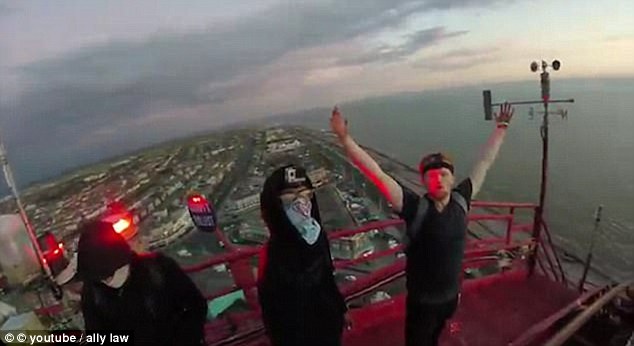 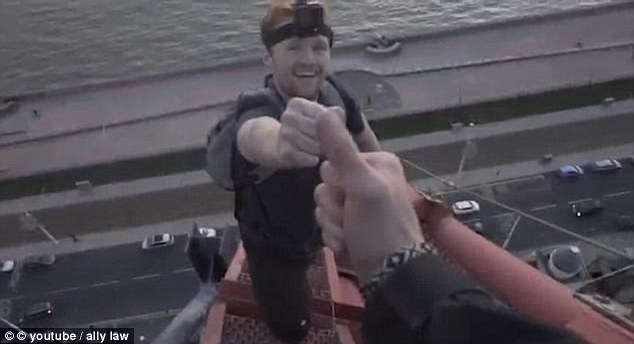 ‘Inquiries are ongoing into whether any criminal offences were committed.

The motorway was re-opened shortly afterwards at about 8.15am.’

A spokeswoman for Highways England said: ‘Safety is our top priority and as such we are deeply concerned by this incident, in which a group of people put their lives at serious risk.

‘The incident was quickly spotted on our security cameras and reported by our staff, and thankfully there was no injury or worse on this occasion.

‘It is a civil offence to trespass on the bridge, and as one of the security gates was damaged on the main cable we will now be liaising with Avon and Somerset Police as to pursuing a prosecution for criminal damage.’