Pranksters break into a leisure centre and throw a pool party

Pranksters break into a leisure centre at night and throw themselves a pool party – complete with a wave machine, giant inflatable, water slides and a disco soundtrack

A group of pranksters broke into a leisure centre in the middle of the night and had a pool party – turning on the wave machines and riding the water slides.

Footage shows popular YouTuber Lee Marshall and his friends laughing as they dive off ledges and clamber over inflatable obstacles at Splashes in Rainham, Kent.

They even managed to get disco music blaring and lights surrounding the pool flashing during their risky adventure which began at 1.45am on July 10.

Marshall, who goes by the name ‘Discoboy’ on social media, filmed the wild night out before uploading it to YouTube.

He and his friends can be seen opening a fire door and climbing down a ladder to get into the leisure centre.

‘Look for sensors!’ one of the men exclaims when they are inside.

It is not clear how long the group spent at the pool but they quickly evacuated when the centre’s alarm went off and fled to their camper van parked nearby.

Marshall has been the mastermind of numerous pranks in recent years and is followed by more than 30,000 people on YouTube.

In 2015 he erected a tent on a cricket pitch during the Australian national team’s first day of their tour of England to get ‘a better view’. 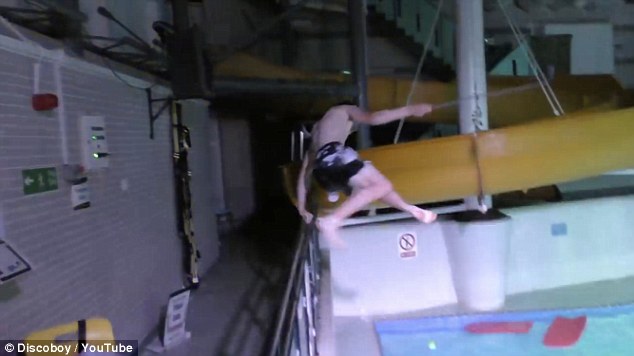 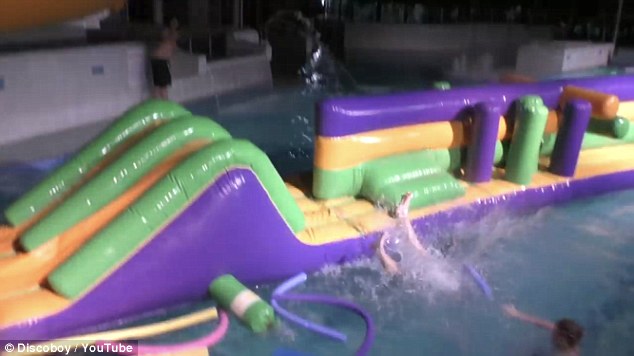 The following year he narrowly avoided a jail sentence after pretending to stage an armed robbery outside a railway station with a selfie stick.

And in March this year he and his friends broke onto the set of EastEnders before sneaking into the Queen Vic and defecating on Arthur Fowler’s bench. 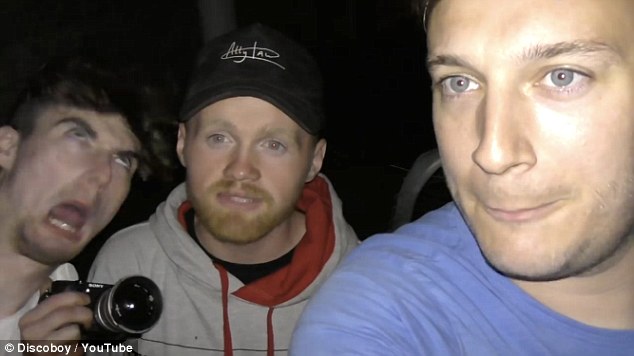 Selfie: Marshall (pictured right) has been the mastermind of numerous pranks in recent years and has more than 30,000 YouTube followers 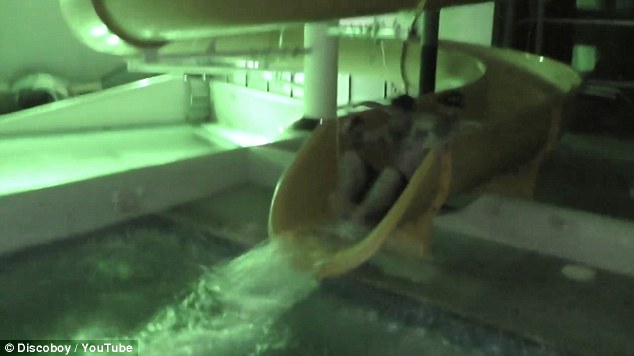 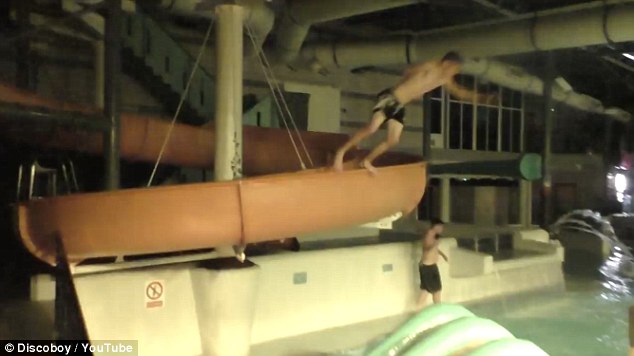 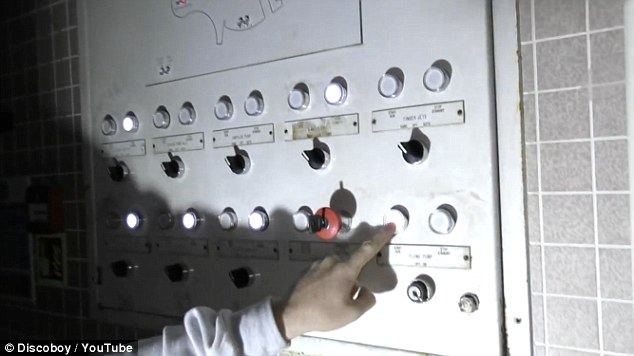 The group switched on the wave machines, flashing disco lights and music when they arrived

Ending his latest video, Marshall told viewers: ‘Splashes, it’s been an absolute pleasure. I recommend anyone to come here.’

Kent Police told MailOnline no arrests have been made in relation to the Splashes leisure centre excursion and their investigation is ongoing.