A father has been caught using his young son to film up a teenager girl’s skirt while she did her supermarket shopping.

Jacob Cooper was with his three-year-old son at Beerwah Woolworths, on the Sunshine Coast, on January 18 when he noticed an 18-year-old girl walk in wearing a skirt.

Supermarket staff saw Cooper put the boy on the ground before he appeared to usher the child in the direction of the teenage girl.

He was then seen bending down next to the girl and placing his phone up her skirt.

Jacob Cooper was with his three-year-old son at Beerwah Woolworths (pictured), on the Sunshine Coast, on January 18 when he noticed an 18-year-old girl walk in wearing a skirt

As Cooper walked away he could be seen checking his recording, the Sunshine Coast Daily reported.

Concerned staff later stood in between the pair at the self-serve check-out after noticing his camera was still open on his phone.

The horrified staff then called the police but when they searched his phone there weren’t any images or recordings.

Speaking in the Caloundra Magistrates Court on Wednesday, police prosecutor Mark Burrell said it was suspected Cooper had deleted any material.

During the sentencing hearing Mr Burrell argued for a high fine, a period of probation or a period if imprisonment wholly suspended.

But Cooper’s lawyer Mark Dixon said a high fine and compensation or a period of probation was a more appropriate punishment as there was no footage evidence and there was no suggestion of distribution. 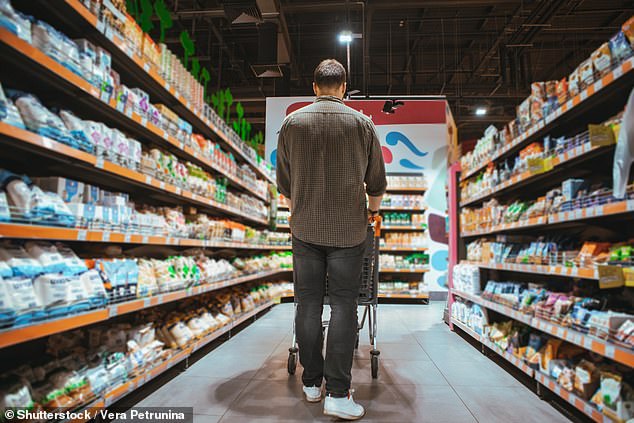 He said it displayed depravity on every level as it wasn’t a last minute thought.

‘When you approached within the distance required to do what you did, you intended it not once but twice.