A complication suffered by millions of pregnant women can lead to potentially fatal heart trouble within a month of giving birth, warns new research.

Preeclampsia is a serious disorder that causes dangerously elevated blood pressure in as many as one in 14 pregnant women – including celebrity mothers Kim Kardashian and Mariah Carey.

A new study suggests women who develop preeclampsia earlier in pregnancy are more likely to have thickening in their heart’s left ventricle one month after delivery.

Changes like this can lead to life-long cardiac problems for women after pregnancy.

Preeclampsia affects about one in every 20 pregnant women.  The condition causes elevated blood pressure that can lead to life long complications. Doctors should closely monitor new moms for the difficult to detect signs of preeclampsia

Preeclampsia often does not have symptoms that are easily distinguishable from pregnancy itself, like water retention and leg-swelling, so it can be difficult to detect.

The disorder is marked by high blood pressure and abnormal amounts of protein in the urine and affects about one in every 20 pregnant women in the US.

The research found that women who develop the condition earlier in their pregnancy  – particularly before the 34th week – often experience a more serious version of it, and are therefore more likely to have continued complications later in life.

These women will also be at higher risk of developing conditions like at increased risk of chronic hypertension, diabetes, kidney disease, hypothyroidism, and impaired memory, among others.

Dr Colussi’s study looked at 65 women who, one month after delivering, developed preeclampsia, but had not had high blood pressure before becoming pregnant.

More than a third of them had developed early-onset preeclampsia.

Presenting their findings at the annual American Heart Association meeting in San Francisco, the researchers said this occurs when the heart’s left pumping chamber thickens, which makes it more difficult for the heart to pump efficiently. 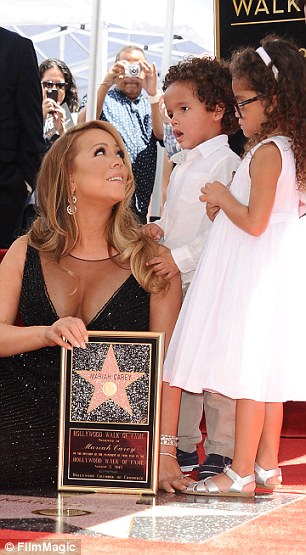 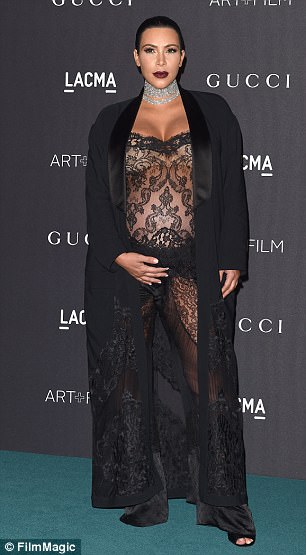 Mariah Carey (pictured left) and Kim Kardashian (pictured right) both developed preeclampsia during their pregnancies, putting them at lifelong risk for heart diseases

Interestingly, the women with the late-onset form had higher blood pressure levels, than those with early-onset.

Dr Colussi said a possible explanation, could be that patients with early-onset preeclampsia recovered earlier than those with the late-onset form after delivery.

The findings of this research underscore how important it is for women and their doctors to be aware of preeclampsia and its complications.

Kara Hoppe led a trial and study for telemonitoring women for preeclampsia immediately after giving birth.

Hoppe said that many women only see their doctors again six weeks after giving birth, and this doesn’t allow for them to be monitored closely enough. Young women, in particular, tend to be under-educated about risks like preeclampsia.

She noted that young women usually don’t go to an internist or general care doctor, and said gynecologists need to be more diligent about checking cardiac health.

If you or someone you know is pregnant, or has just had a baby, be sure to watch for these signs of preeclampsia:

She hopes that by monitoring and treating these women remotely, while they are at home with their newborns, healthcare professionals ‘Change the concept of how closely we need to follow these people. It’s okay to keep them home if w’re able to evaluate them continuously.’

She said that only one of the women who took part in her new program said she would prefer going to a clinic for follow-up appointments over remote evaluations.

Dr Colussi added: ‘These women should be screened for major cardiovascular risk factors and prevention strategies should be implemented as soon as possible.’

‘We’ve shown that women with early onset preeclampsia might be at even greater risk, suggesting preventive interventions, such as using medications that act on left ventricular remodeling.’

He said more research is needed with additional patients to validate the results, as well as help explain why the heart changes are more likely to occur.