‘Ate and popped’: Pregnant Alexandra Burke cradles her baby bump as she poses in her underwear during hotel stay with boyfriend Danny Rudolph


She announced on Valentine’s Day that she is expecting her first child with boyfriend Darren Rudolph.

And Alexandra Burke is embracing her changing shape, proudly showing off her baby bump in a slew of social media snaps on Thursday night.

The former X Factor star, 33, looked gorhgeous as she posed in her underwear and cradled her bump, quipping that she had enjoyed some food and saw her baby bump ‘pop’. 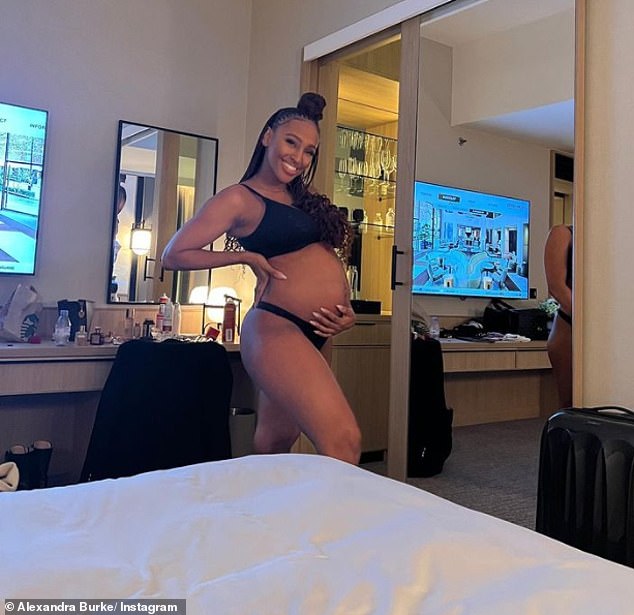 Expecting: Alexandra Burke is embracing her changing shape, proudly showing off her baby bump in a slew of social media snaps on Thursday night

Alexandra, 33, beamed as she placed a hand on her growing bump while dressed in a sports bra and matching black underwear.

Another shot saw her beau Darren proudly kissing her bump, while the happy pair also posed for a sweet selfie.

‘Ate and popped’ Alexandra captioned the snaps which were taken in a swish London hotel room.

Darren also shared a snap on Thursday as the couple enjoyed a spot of shopping in pink and blue Celine hoodies, writing in the caption ‘Boy or girl, what do you guys think?’ 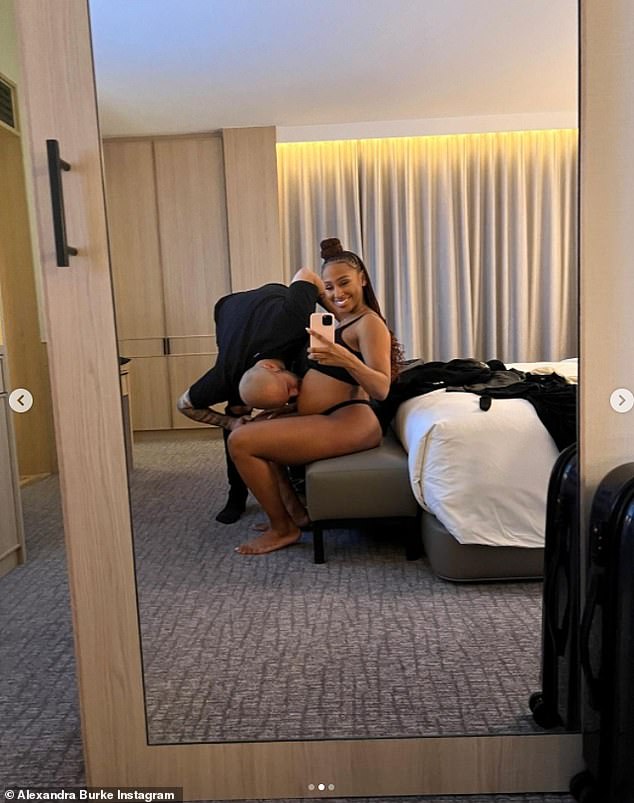 Happiness: Another shot saw her beau Darren proudly kissing her bump as she posed in a London hotel room 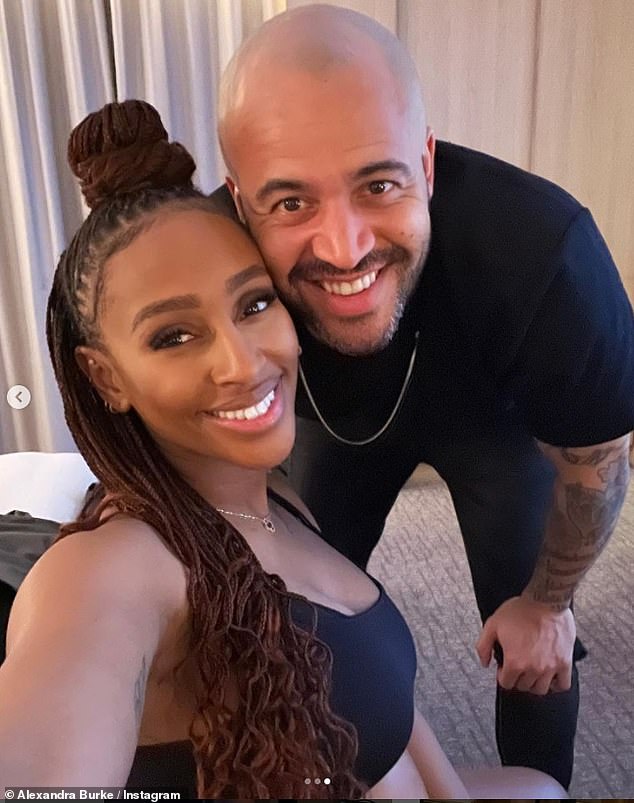 Beaming: The parents to be couldn’t have looked happier as they snapped a hotel selfie

Alexandra recently revealed she has no plans on slowing down, saying she will continue to star in Joseph and the Amazing Technicolor Dreamcoat and work on her fourth album.

Posting to her 828,000 followers last week, Alexandra looked sensational in a magenta dress, while Darren held her blossoming baby bump.

Captioning the shot, she penned: ‘We have received so many beautiful messages and well wishes!

‘Just wanted to say a big thank you from the bottom of our hearts. We are truly overwhelmed. Such an exciting time ahead. Thank you again.’

The mum to be added: ‘Btw – we are working away as usual! I’m still busy in the recording studio working on Album 4 which will be released this year. 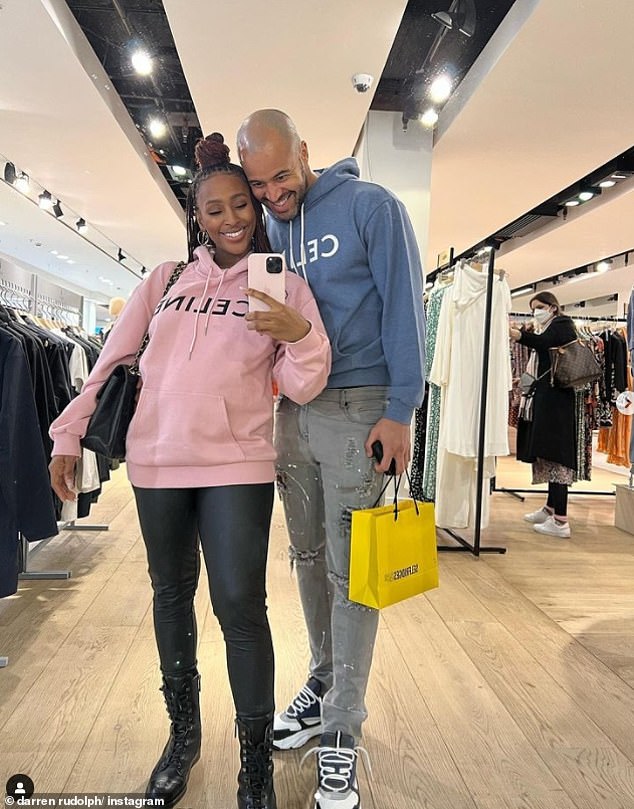 Teasing: Darren also shared a snap on Thursday as the couple enjoyed a spot of shopping in Celine pink and blue hoodies, writing in the caption ‘Boy or girl, what do you guys think?’ 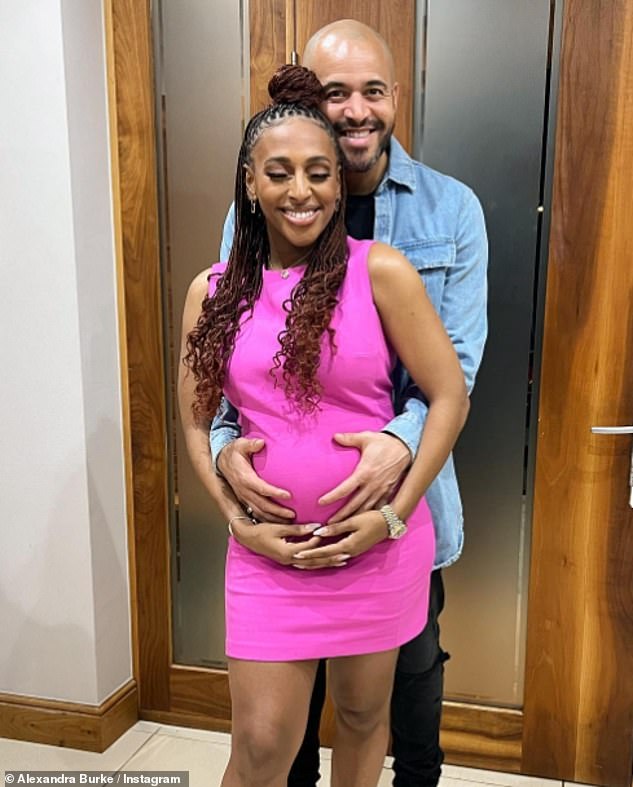 Stunning: Alexandra wowed in a pink mini dress in another snap last week as boyfriend Darren cradled her bump 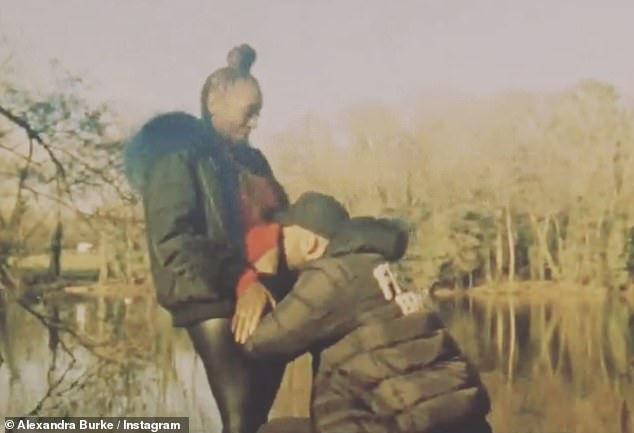 Congratulations! Alexandra announced on Valentine’s Day that she was expecting her first child with footballer Darren, 34

‘Plus I’m excited to start rehearsals for @josephmusical on Monday and look forward to appearing in the show until Cardiff, before taking some time off and rejoining in Milton Keynes in September as planned.

The singer shared the first glimpse of her baby bump with her followers in a heart-warming Valentine’s Day video announcement, which she captioned: ‘Due June 2022.’ 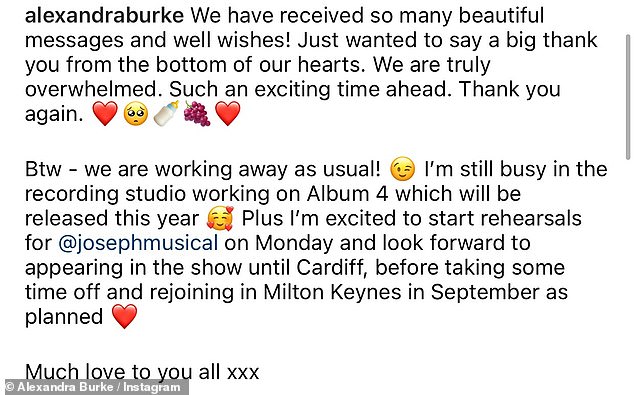 No rest: Taking to her Instagram account, the mum-to-be said she will continue to perform on stage until she is eight months pregnant

Alexandra – who is five months pregnant – and her West Ham goalie partner – shared their happy news together with the artsy video.

The couple were filmed enjoying a stroll with their many pet pooches, before pausing at the edge of a lake.

Darren knelt down and planted a loving kiss on Alexandra’s bare tummy before they stood and shared a kiss.

The couple’s famous friends were quick to congratulate the parents-to-be, with Ore Oduba and Oti Mabuse leading the messages of goodwill.

Alexandra revealed to MailOnline last year she’s in a ‘really happy place’ with ‘lovely guy’ Darren – who she’s thought to have been dating since May 2021.

Her romance with Darren began after Alexandra split from footballer Angus MacDonald in October 2020, after 15-months of dating. 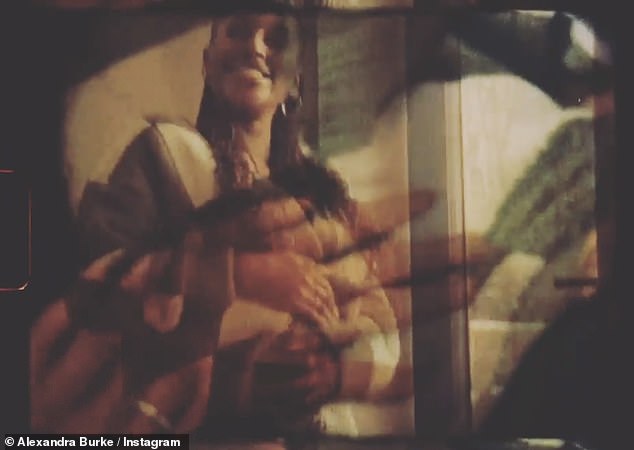 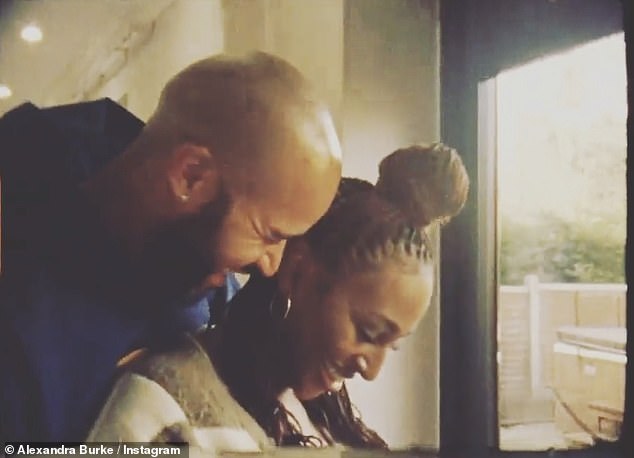 Parents-to-be: Alexandra and Darren – who have been together for nine months – shared the baby news with their followers in a heart-warming video