She’s weeks away from giving birth to her third child, but the Duchess of Cambridge is still keeping the fashion stakes high.

The royal, 36, stepped out in skinny jeans this morning, teamed with a cream coat by Goat which she wore prior to her pregnancy and a non-maternity top from Hobbs, for a day of engagements celebrating the Commonwealth with Prince William.

It’s Kate’s last day of official duties before giving birth to her third child next month.

William and his wife are beginning their day at the Olympic Park’s Copper Box arena in Stratford, East London for an event staged by SportsAid, a national charity helping the next generation of Olympic, Paralympic and Commonwealth champions.

The couple received a warm welcome from pupils from the Chobham Academy, who were bearing flags from Commonwealth nations.

The Duchess of Cambridge chatted to pupils from Chobham Academy, East London as she arrived at the Olympic Park

Pregnant Kate slipped into black skinny jeans and a coat by Goat for her last day of royal engagements before giving birth. It’s the third time the thrifty royal has worn the cream cover-up on official duties 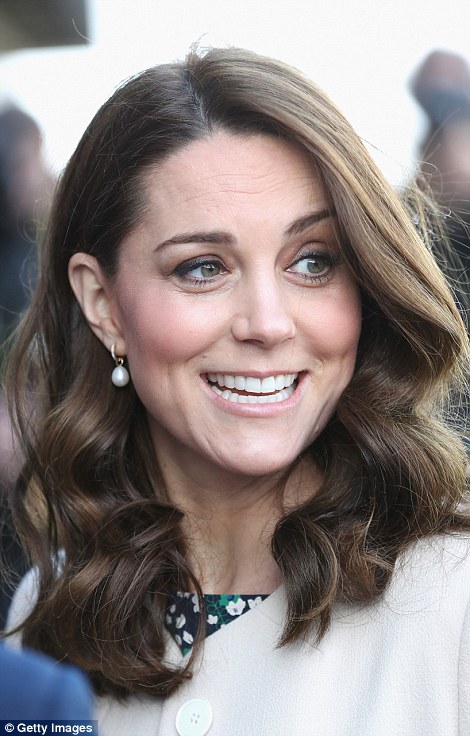 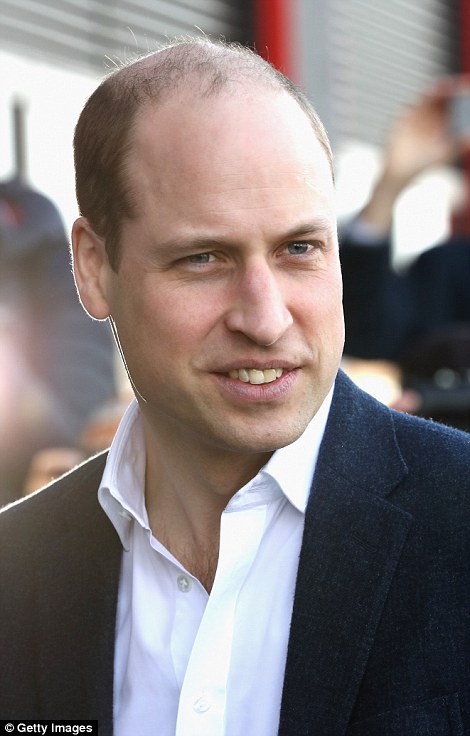 Kate looked in great spirits as she arrived to complete her final day of engagements. The Duchess and Prince William will take part in a Commonwealth quiz this morning, alongside athletes and coaches

The Duke and Duchess will take part in a Commonwealth quiz alongside athletes, coaches and supporters who will be questioned about their knowledge of the Commonwealth.

The couple will also watch a wheelchair basketball session and meet the players, some of whom hope to compete in the 2022 Commonwealth Games in Birmingham, and be shown a media training session for young athletes.

Later at St Luke’s Community Centre near Clerkenwell, William and Kate will help locals and volunteers put the finishing touches to a meal that is being prepared for this year’s Commonwealth Big Lunch. 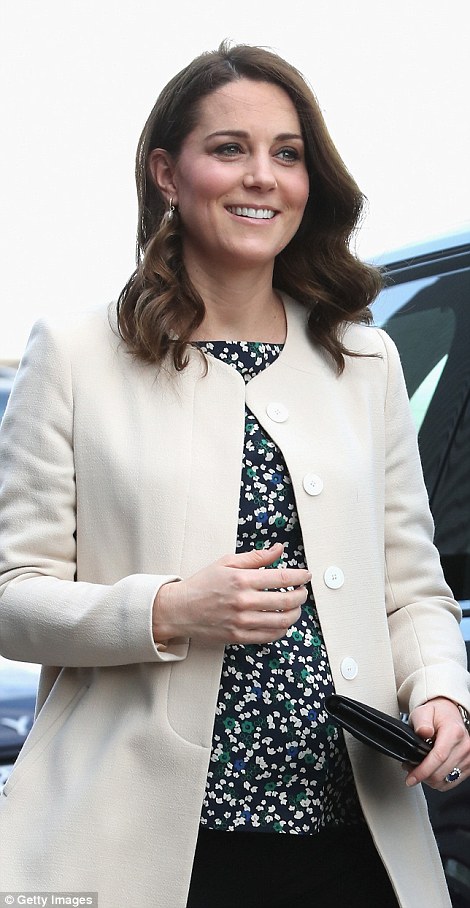 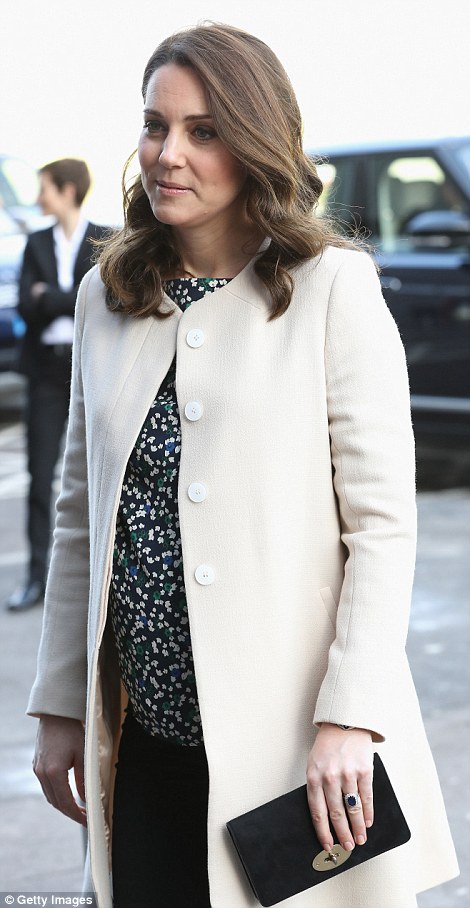 Kate’s first stop of the day is a visit to SportsAid to undertake engagements celebrating the Commonwealth. The Duchess wrapped up her baby bump in a cream coat by Goat, and carried her favourite Mulberry clutch 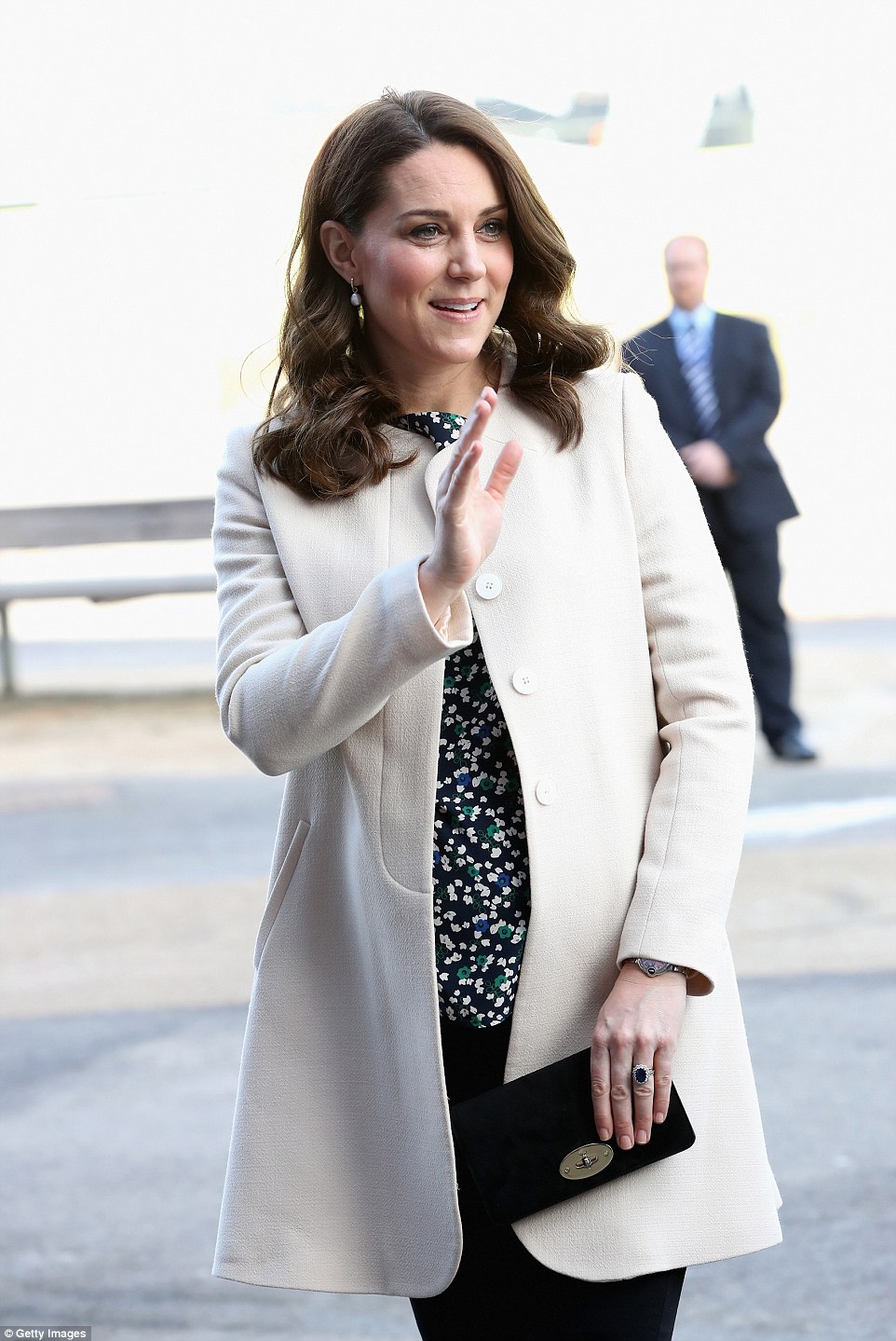 The Big Lunch project aims to encourage as many people as possible to sit down to a meal with members of their community once a year.

Commonwealth Big Lunches are part of the official celebrations leading up to the Commonwealth Heads of Government Meeting (CHOGM) being staged in London and Windsor Castle next month.

In the centre’s cafe William and Kate will be given a briefing on the work of St Luke’s which provides services and activities, has a range of facilities including a fully equipped cookery school and runs community classes on healthy home cooking and avoiding food waste.

The couple will also take part in a recipe workshop and discussion in the kitchen with locals, who regularly chat about their favourite dishes and what inspires them to make them.