Over the past several days, she has remained resolutely mum over relentless rumours she’s expecting her first child with fiancé Jesse Plemons.

And Kirsten Dunst, 35, did little to quell the speculation on Wednesday, when she stepped out with her lithe frame wrapped in a sweeping black coat.

Joined by her 29-year-old actor beau, the Wimbledon star gave nothing away as she arrived at Los Angeles International Airport ahead of catching a flight out of town.

Jetsetters: Kirsten Dunst and her fiancé Jesse Plemons were spotted arriving for a flight out of Los Angeles International Airport on Wednesday

Shielding her eyes from the Californian sunshine with a pair of tortoiseshell-framed sunglasses the actress appeared radiant as she hauled a small patterned suitcase along with a large wrapped gift.

With her golden tresses resting about her shoulders, the star looked relaxed and happy as she chatted with her Breaking Bad star partner, who looked casually cool in a brown leather jacket, which he teamed with faded jeans.

While they are yet to confirm the news, US Weekly reported the pregnancy last week, with a source telling a publication they are expecting their first child. 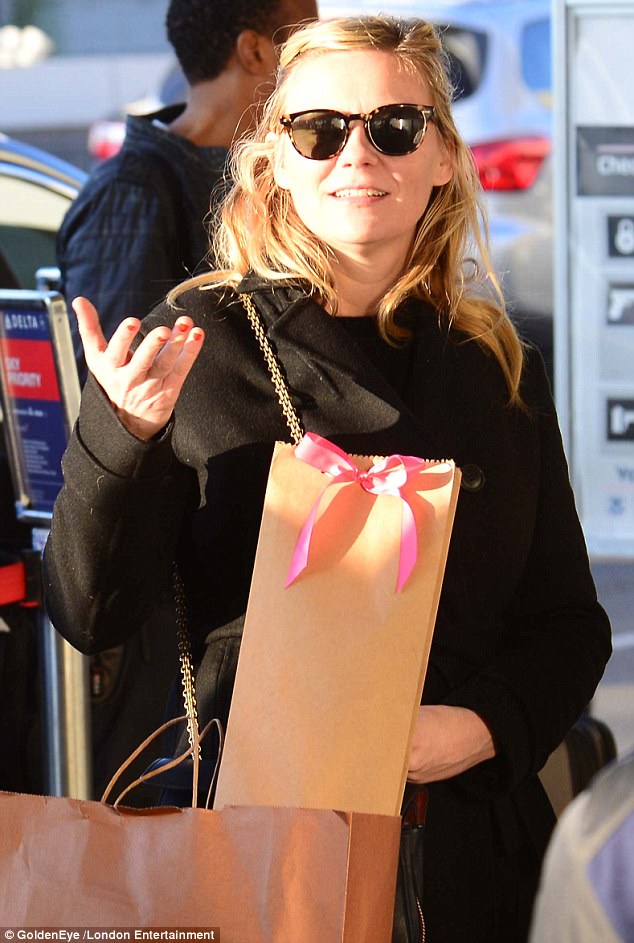 Baby on board? Wimbledon star Kirsten did little to quell the pregnancy rumours, wrapping her lithe frame in a long coat

Kirsten, who announced her engagement to Jesse earlier this year, revealed in an interview in Marie Claire’s July issue that she felt: ‘It’s time to have babies and chill.’

In her insightful interview earlier this year, she continued: ‘I wasn’t one of those “I need a baby!” people until my goddaughter was born. I love her so much.

‘That love is just like… you can’t experience that unless you have a kid. I put her to bed last night and she woke up this morning and said to her mom, “Where’s Kiki?” I just love that love. That’s what I want.’ 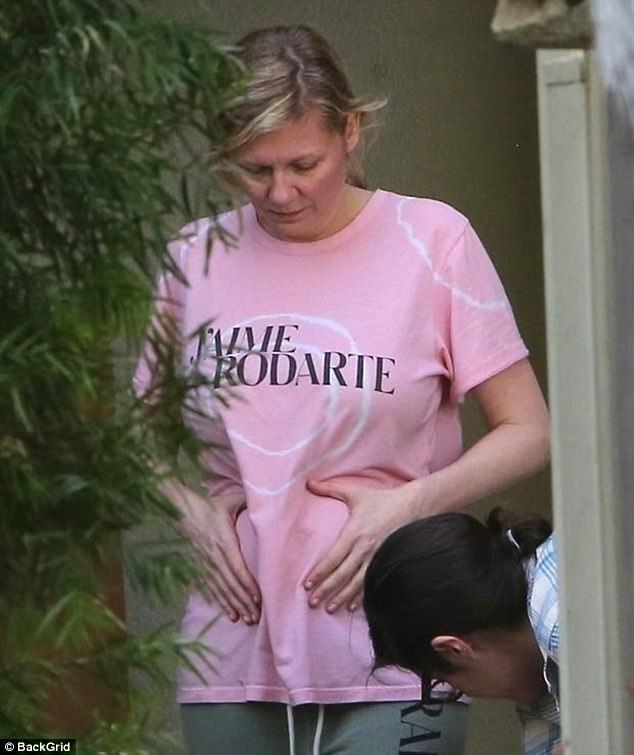 Expectant: The actress was recently spotted in Los Angeles sporting an over-sized pink T-shirt and cradling her stomach which appeared slightly rounded – adding fuel to the rumours

Kirsten was recently spotted in Los Angeles sporting an oversized pink T-shirt and cradling her stomach which appeared slightly rounded – adding fuel to the rumors.

Speaking about the moment her Fargo co-star proposed to her, she told Jimmy Fallon on The Tonight Show: ‘I was a little sick when [he proposed], which was funny.

‘But that’s good. Sickness and in health, you know… I was in sweats.’ 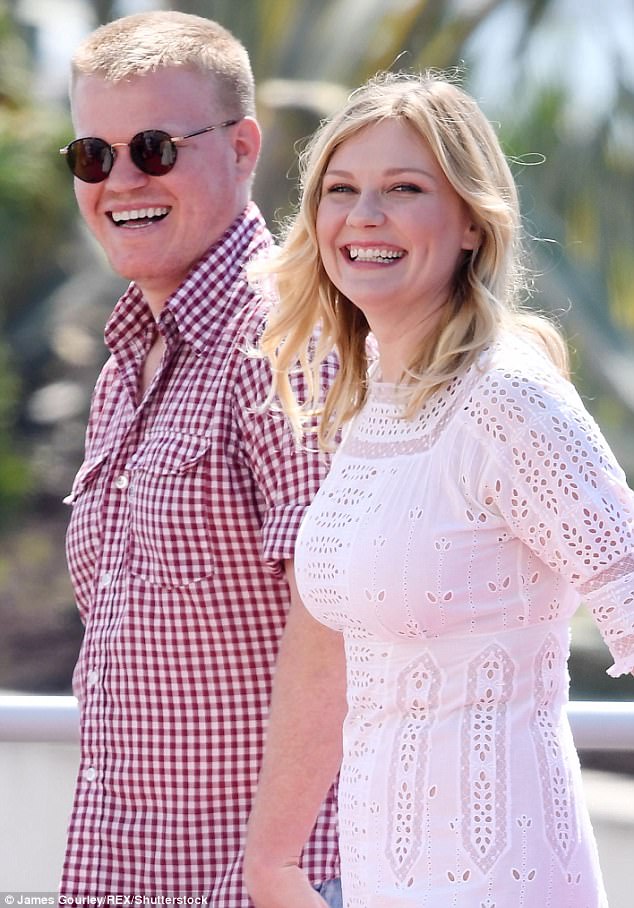 Romance: Kirsten and Jesse became engaged after meeting on the set of their show Fargo 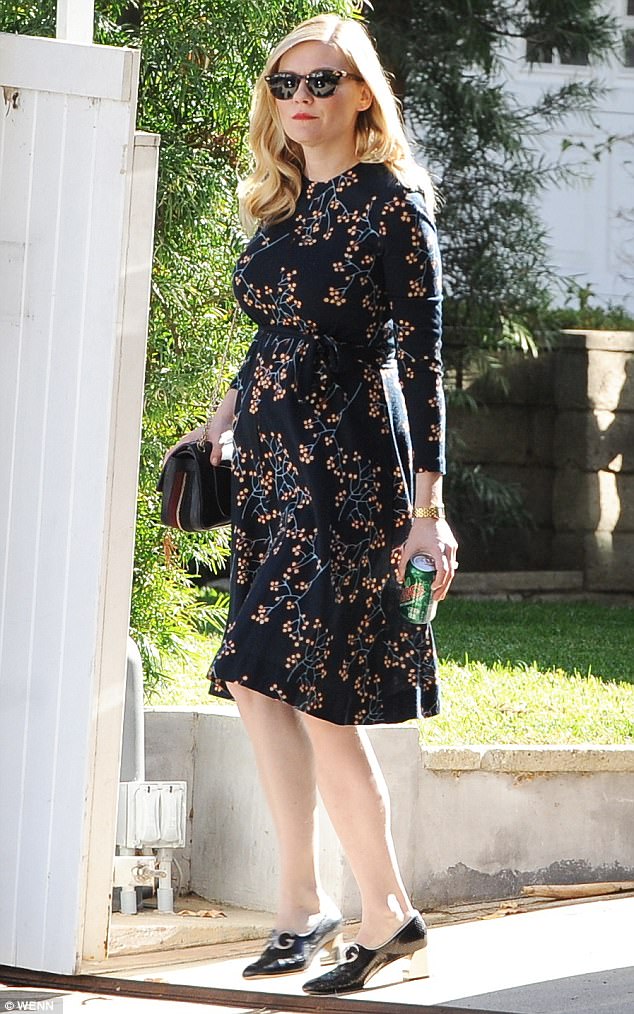 Mum: While Kirsten remains mum on the matter, speculation she may be pregnant continues