A Maryland woman whose boyfriend allegedly purposely set her on fire, forcing her to deliver her baby seven weeks early, said she’s happy to be alive despite her painful recovery period.

Andrea Grinage, 30, was doused with flammable liquid and said to have been set on fire by her boyfriend, Laquinn Phillips, 34, at her Capitol Heights, Maryland apartment on September 6.

Grinage, who sustained burns to more than 70 per cent of her body, was forced into labor by the trauma and gave birth, seven weeks early, to a baby girl named Journey Aleah.

Andrea Grinage, 30, who was purposely set on fire by her boyfriend, said that she is happy to be alive and blessed that her baby, born seven weeks early due to the trauma, is healthy 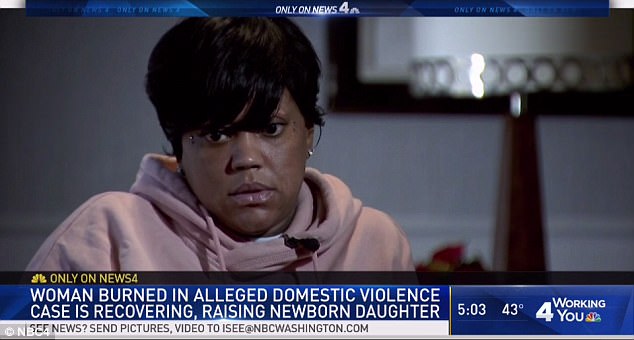 The September fire left Griange with burns on 70 per cent of her body. She says her burns have left her in pain and she is now undergoing physical therapy to retrain her muscles 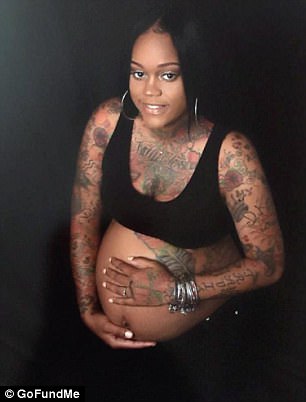 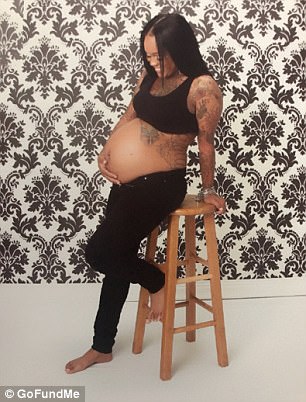 Grinage was 33 weeks pregnant when her boyfriend, Laquinn Phillips, 34, set her on fire at her Maryland home. She said that he had been abusive towards her during their relationship

‘Even with the aches and pain, I’m just happy to be home. I’m happy to be able to walk and speak,’ Grinage told News4 on Thursday, while speaking about her ordeal.

Grinage said that she is also ‘happy and blessed’ that Journey survived the premature birth and is healthy.

Grinage is currently undergoing physical therapy to retrain her muscles, in part because the scarred skin on her legs — which were severely burned — is attempting to contract.

‘I have pain in my legs from the skin grafts,’ Grinage said.

‘With the severity of things, nobody expected me to be home so soon or be able to do the things that I’m doing,’ she added.

Grinage said that Phillips, who is baby Journey’s father, was abusive while they were together and that she had filed for at least one protective order against him in the spring. 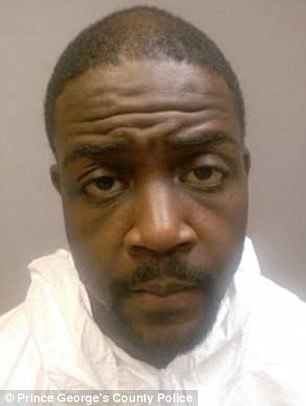 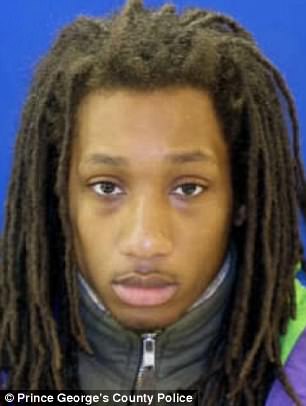 Laquinn Phillips, 34 (left), was charged with first- and second-degree murder among other charges. Authorities said Jonathan Edward Miller, 27, helped Phillips during the attack 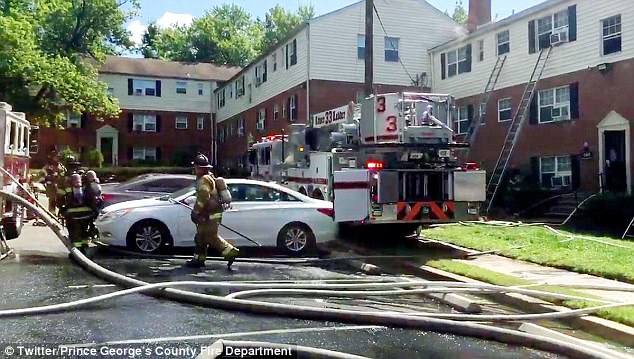 Phillips is said to have doused Grinage with a flammable liquid before setting her on fire during an incident occuring on September 6 at Grinage’s apartment in Capitol Heights, Maryland 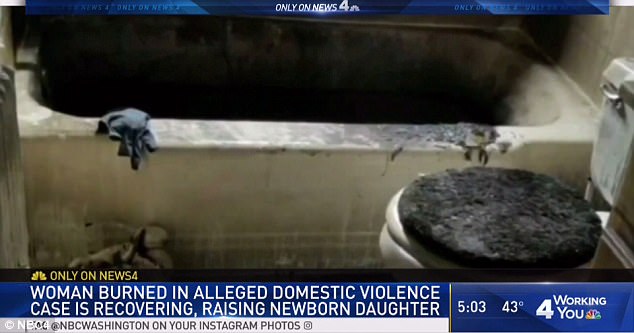 Phillips was charged with attempted first- and second-degree murder, arson, assault and several related charges. He turned himself into police after the incident

Phillips was charged with attempted first- and second-degree murder, arson, assault and several related charges after turning himself in to police.

News4 previously reported that Phillips is a personal trainer and runs a boot camp. He had been accepted as a firefighter with the D.C. Fire Department prior to the incident, but his status is pending the outcome of the court case.

A second man, Jonathan Edward Miller, 27, of Temple Hills, Maryland, was arrested and charged in connection with the incident. He allegedly helped Phillips set Grinage on fire.

Miller was charged with attempted murder, conspiracy to commit murder, arson, assault and other related charges.