They’re preparing to welcome their second child together.

And Rachel Riley and her husband Pasha Kovalev, 41, enjoyed a night off from parenting duties on Friday as they attended a Cabaret All Stars show in London.

The pregnant Countdown star, 35, looked sensational as she cradled her growing baby bump and rocked a chic black dress for the outing.

Glowing: Rachel Riley looked sensational as she cradled her growing baby bump and rocked a chic black dress while attending a Cabaret All Stars show in London on Friday

Rachel appeared to be in great spirits as she posed up a storm on the red carpet and showcased her blossoming stomach.

She donned a tight black dress which featured a high neckline and funky fringed detailing on the skirt.

The blonde beauty further accentuated her bump by wearing a stylish gold chain belt around her trim waist.

Not forgetting her glam, Rachel added a full face of makeup including a slick of bright red lipstick for the fun date night with her beau. 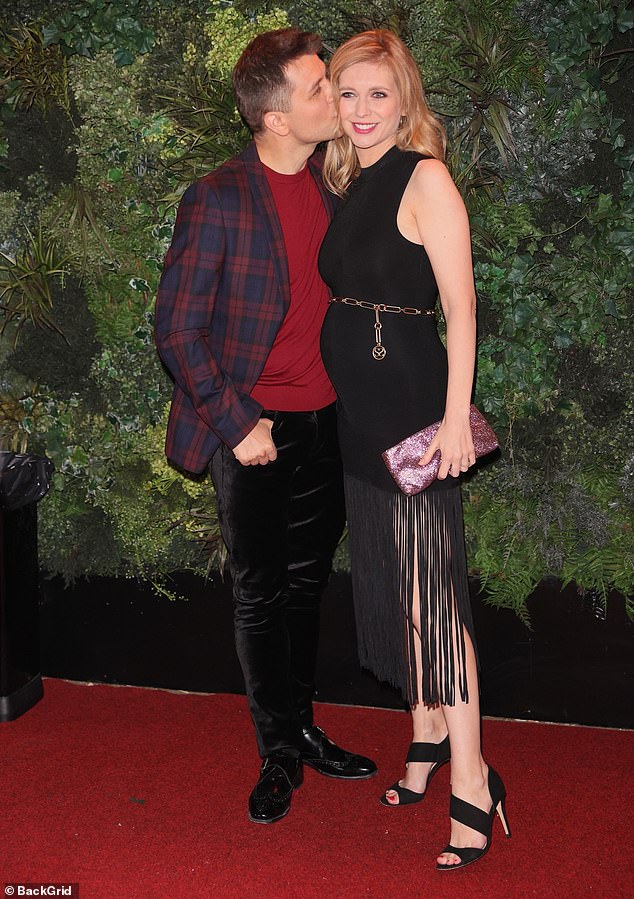 Parents: Pasha  Kovalev, 41, sweetly kissed his glowing wife’s cheek as the posed for some snaps ahead of the show

Pasha also cut a smart figure for the show and put on a colourful display in a tartan blazer paired with a red jumper.

He completed his look with a pair of velvet trousers and ensured his locks were impeccably combed back into a near hairstyle.

The couple are excitedly preparing to welcome their second child into the world and already share their daughter Maven, who is 18 months old. 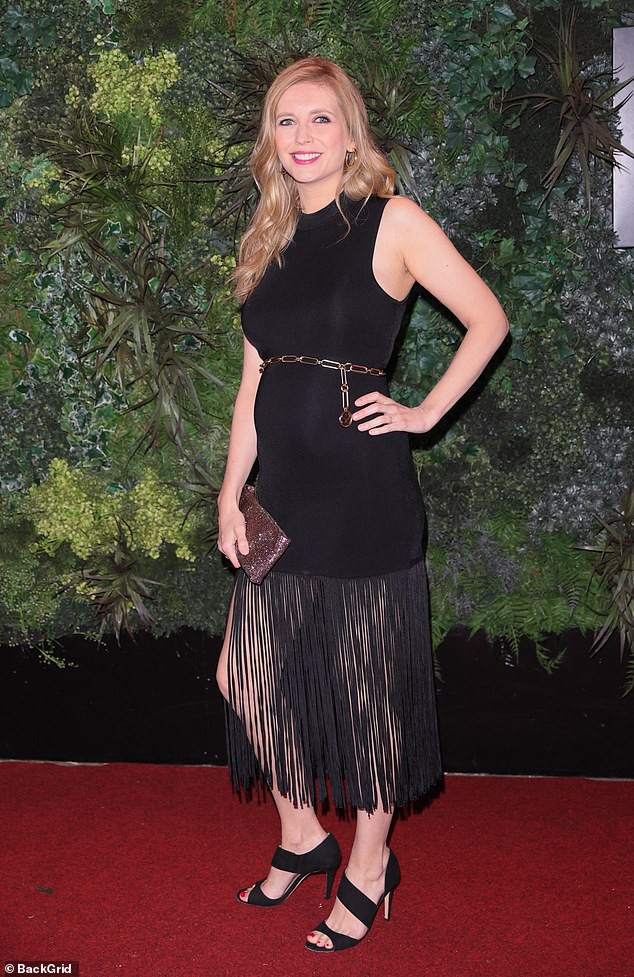 Stunning: Rachel donned a tight black dress which featured a high neckline and funky fringed detailing on the skirt 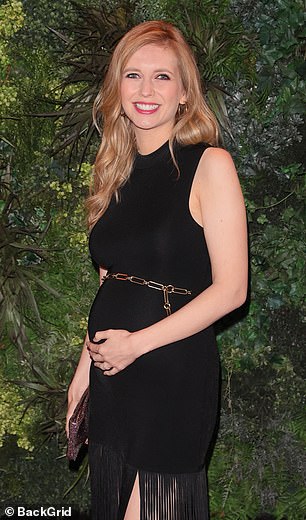 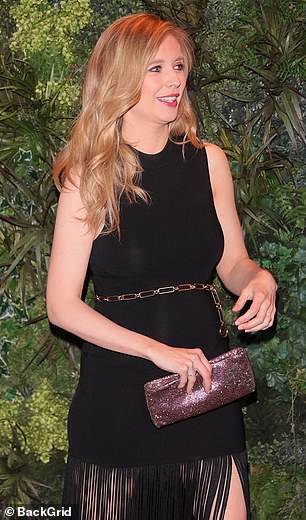 Looking good: She added a gold belt to accentuate her blossoming bump and carried a glittery handbag 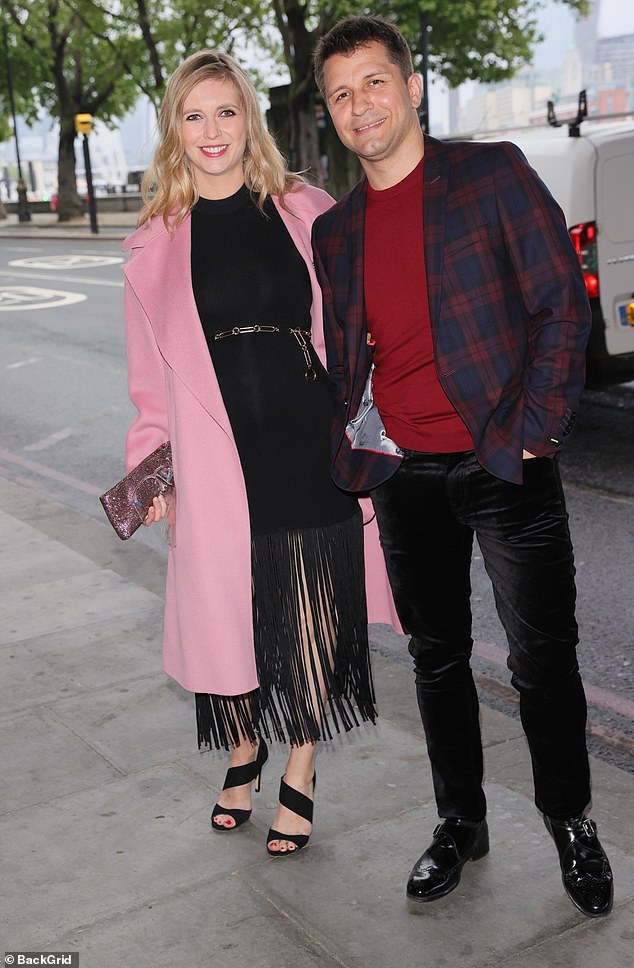 All dressed up: She added a pink jacket for the journey too the venue and completed her look with a pair of black heels

It comes after her husband Pasha, 41, recently revealed he is trying to protect his wife from cruel online comments sent by internet trolls.

As the dancer and Rachel are expecting their second child, Pasha said he is ‘trying to protect her as much as I can by providing a safe environment at home’.

He added: ‘That’s all I can do and try to direct her attention to the good things.’

Speaking to OK!, the Strictly star added he steers away from cruel online comments aimed at Rachel, admitting: ‘I never look at comments online and Rachel is trying to get a point across about racial abuse or domestic violence and she gets back very ridiculous messages. 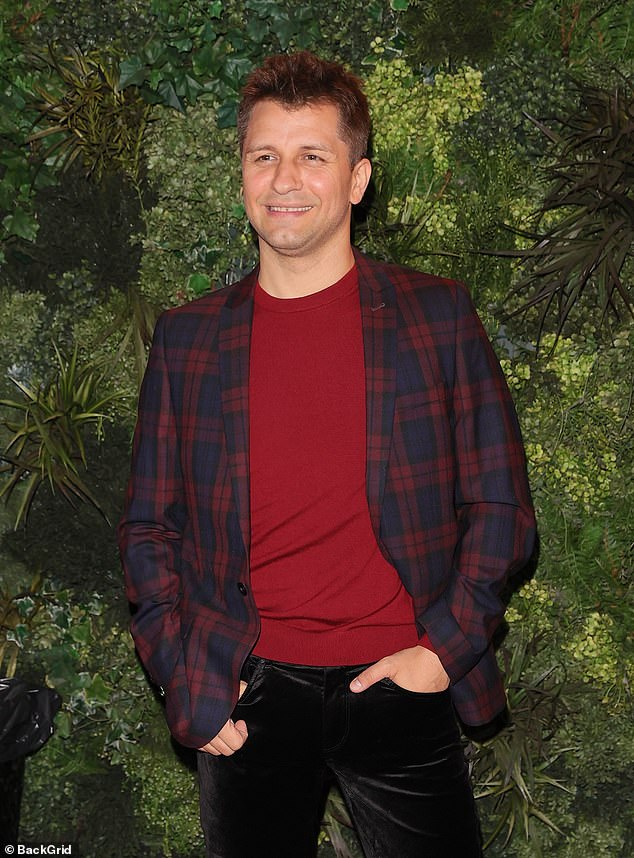 Poser: Pasha also cut a smart figure for the show and put on a colourful display in a tartan blazer paired with a red jumper 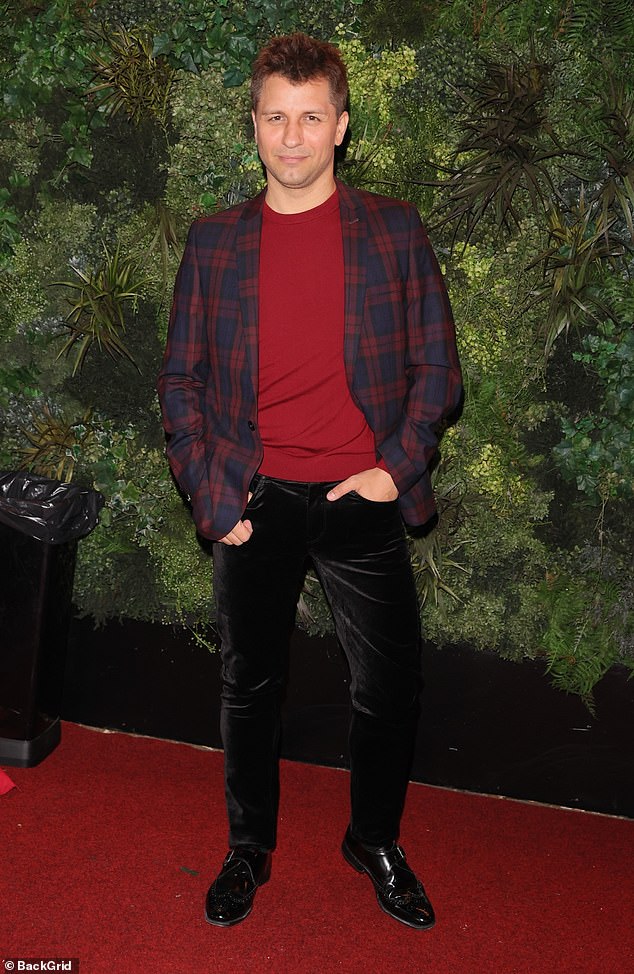 Standout: He styled his striking blazer with velvet trousers and smart black shoes

‘People completely miss the point and speak about something irrelevant.’

His comments came a month after he revealed he worries how trolls’ hurtful messages could affect their unborn baby.

Speaking to The Mirror, he said: ‘I definitely can see how it stresses her. The smallest stress affects how the baby’s development is going.’

The performer added that he hates seeing hate flourish online where there is less accountability. 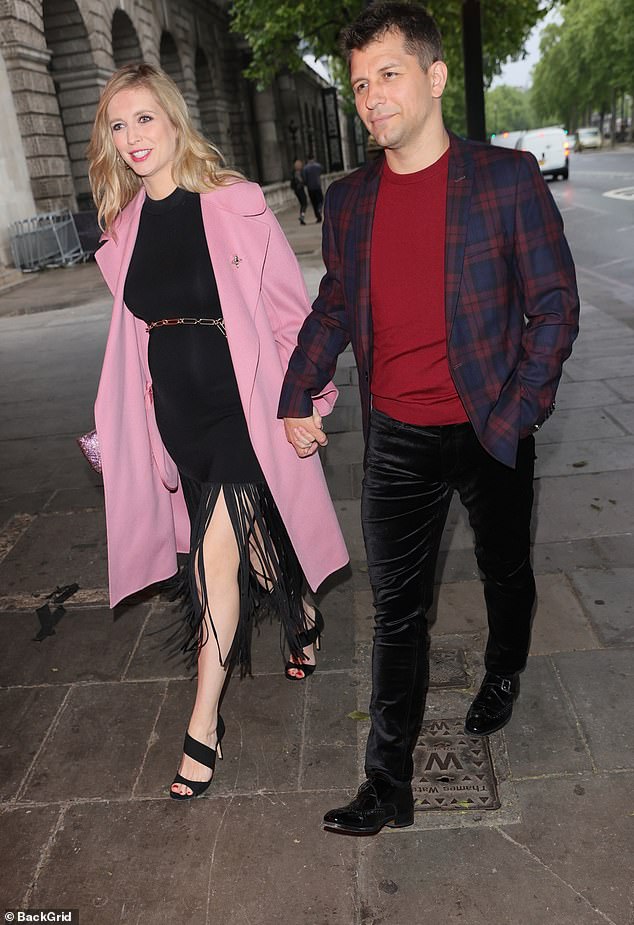 Loved-up: Rachel and Pasha, who already share 18-month-old daughter Maven, held hands as they made a stylish arrival 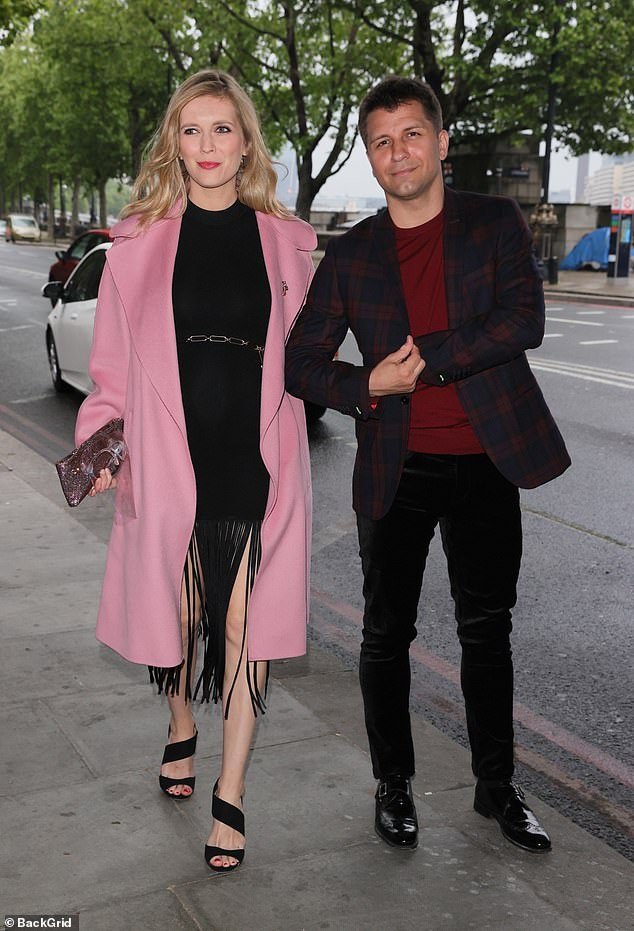 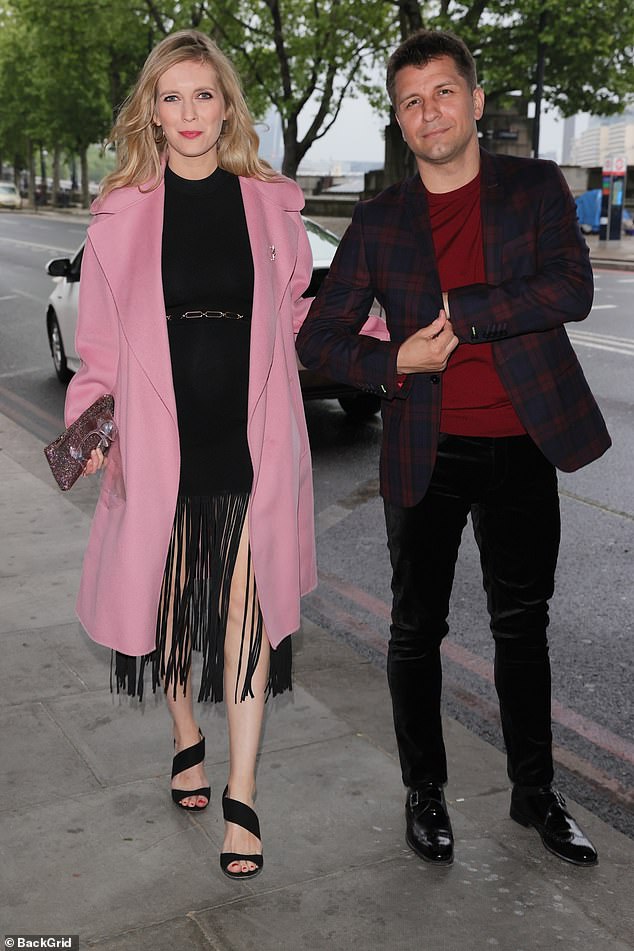 Style: Rachel wore her blonde locks down and perfectly styled into curls 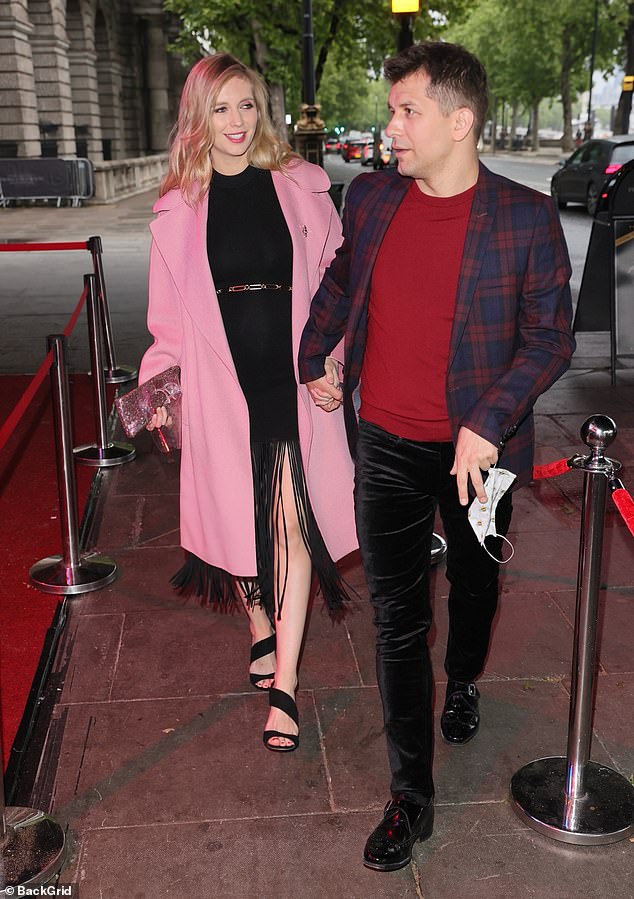 In they go: Pasha held onto a face mask while making his way inside the building for the show

He explained: ‘If you come up to someone on the street and tell them something like that, you’re probably going to get some sort of repercussion.

‘Online there’s a limited amount of repercussion, and it opens a floodgate. It should be stopped.’

Rachel previously revealed the stress of receiving hateful messages online stopped her first daughter, Maven, from kicking when she was pregnant with her.

The Countdown star had been a vocal critic of Jeremy Corbyn and the anti-antisemitism row in the Labour Party and received horrific messages online as a result. 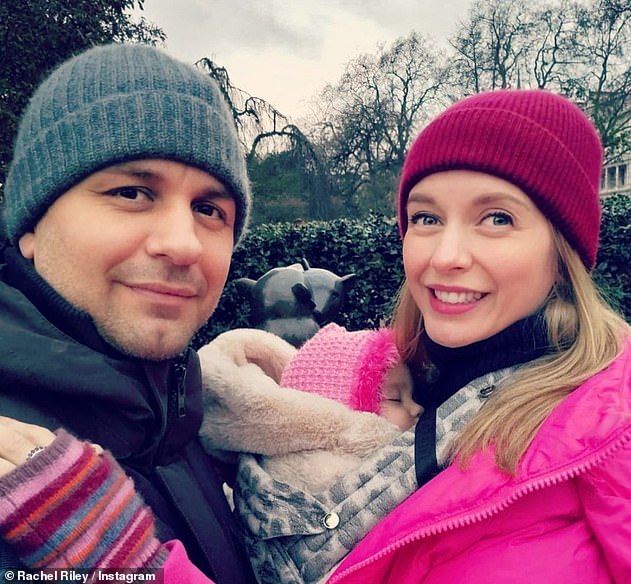 Supportive: It comes after her husband Pasha, 41, recently revealed he is trying to protect his wife from cruel online comments sent by internet trolls (pictured with Rachel and baby Maven)