The pregnant Russian wife of one of Britain’s richest men who is also one of Prince Andrew’s closest friends has revealed that the couple are divorcing.

Jonathan Rowland’s wife Anya Rowland announced the end of their marriage in a hard-hitting social media video but said that she could not reveal too many details about it following advice from her lawyers.

Her high-flying businessman husband is the son of property developer David ‘Spotty’ Rowland, who enjoys close links to the Royal Family and the Conservative Party. Jonathan is also heir to his father’s £612 million fortune and oversees all his investments.

Both father and son are close to the Duke of York, and Jonathan and Anya Rowland attended Princess Eugenie’s 2018 wedding.

Anya Rowland announced the end of her marriage to Jonathan Rowland, one of Britain’s richest men, in a hard-hitting social media video 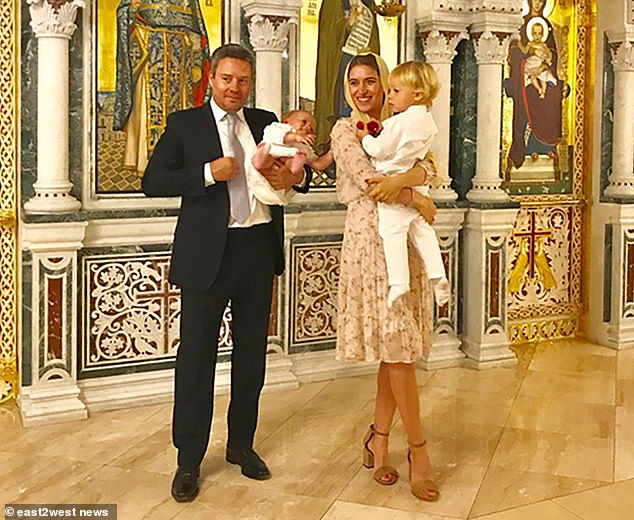 Anya revealed that her husband had done a midnight flit from their south London home while she was on holiday in the Dominican Republic, deserting her and their two sons

MailOnline initially reported details of the couple’s marriage troubles in February, after Anya posted a series of moving Instagram posts.

She revealed that her husband had done a midnight flit from their south London home while she was on holiday in the Dominican Republic, deserting her and their two sons. She is expecting their third child in July.

Mr Rowland, 44, told MailOnline at the time that ‘they are still together.’ But following publication of the story, Anya removed herself from social media and has now briefly returned to confirm the end of the marriage.

In the Instagram video, Anya announces in Russian that she is only temporarily back on social media and that she had archived all references and photographs of her husband and his family. 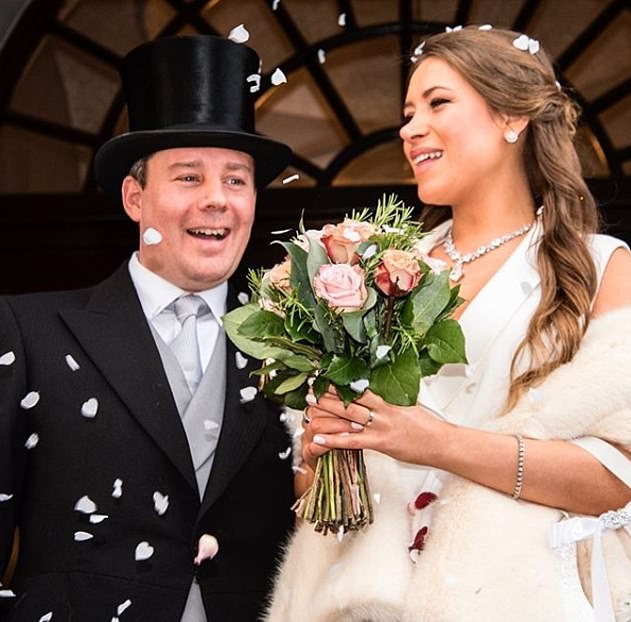 Mr Rowland (left), 44, told MailOnline at the time that ‘they are still together.’ But following publication of the story, Anya removed herself from social media and has now briefly returned to confirm the end of the marriage 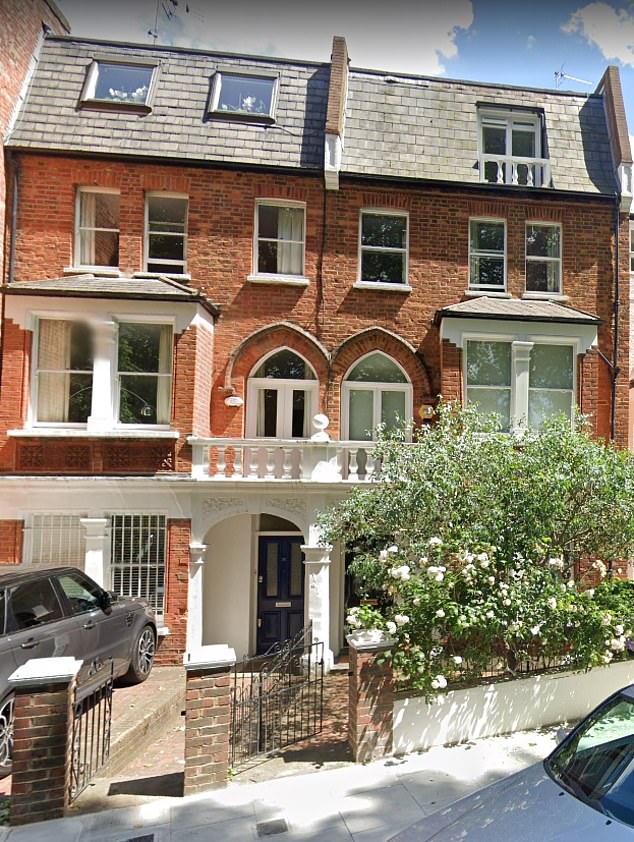 Mr Rowland apparently spent time while his wife was away clearing his things from the couple’s £2million home in South London. He left the day his wife returned, she claims

She reveals: ‘For the period of my divorce, my page will be closed.

‘I will be sort of a half-blogger, as I barely can tell anything on my personal life, as advised by my lawyers.

Anya referred to the media interest in Britain and Russia in her postings and her ‘personality and marriage’ but said that until her divorce was completed ‘I cannot give any details of what is happening.’

She stated: ‘I have archived all the photographs and mentions of my husband and his family.

‘At the moment, my blog will be about me, my sons and about our life in London in our new status.’ 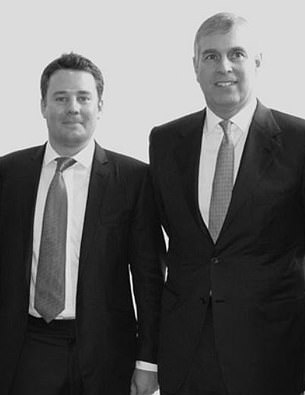 Mr Rowland and his father are close to the Duke of York (pictured), and he and Anya attended Princess Eugenie’s 2018 wedding

She added: ‘It’s very hard for me now, especially considering the fact of complete chaos in the world. But I can handle it.’

Anya describes herself as having been wife to ‘an aristocrat husband’.

She sees her role in future as ‘exposing the British’ she announced.

Before the split Anya had boasted on social media that she was ‘friends with the royal family’ and regularly posted pictures of the couple’s flamboyant lifestyle.

But their relationship took a dramatic turn in February when Anya revealed that her husband had simply packed up his things and gone when she returned home from a break in the Dominican Republic, leaving their two children aged four and two in the care of their nanny.

She posted at the time: ‘While I was on my very well deserved vacation in the Dominican Republic suspecting nothing of the oncoming disaster, my remarkable husband packed all his things, making sure to make use of the situation while no one was home and brought everything over to his new residence of which he has never informed me.’ 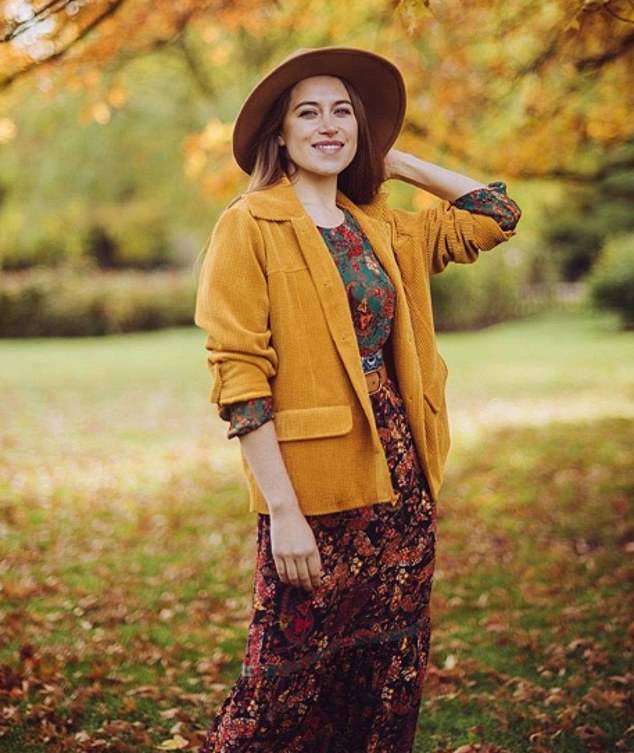 Russian Anya, who is four months pregnant, says Mr Rowland, 44, packed up all of his things while she was away and told the nanny that he was clearing up to make space for the new baby

A devastated Anya also revealed how Mr Rowland removed expensive art works from their £2million home in fashionable Fulham, south west London while she was away, claiming that he was ‘making space’ for their new baby.

She cried: ‘During my absence, my two children, my mother and our housekeeper were at home. They too unfortunately were not informed.

‘One day my dear husband was noticed by my housekeeper while he was taking down paintings and to her puzzled expression and her questions, he responded that he was just making space for the new baby.’

Her mother Natalia Nikulina, 61, flew to London in March and has been helping her with her children during lockdown. 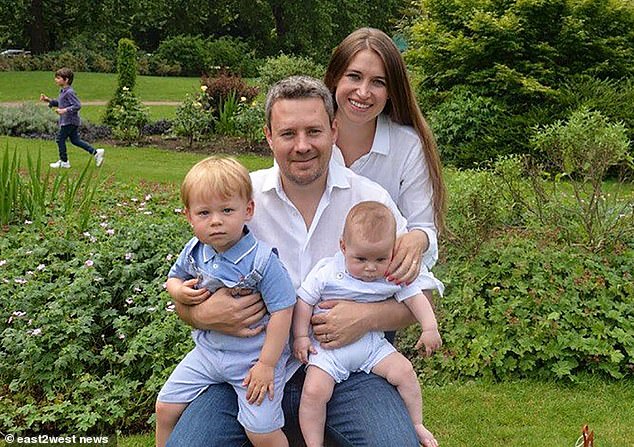 Anya describes herself as having been wife to ‘an aristocrat husband’

Anya met Mr Rowland six years ago at a business event. They married in 2016 when she was eight months pregnant with their first child and her UK visa was about to expire.

Anya, who was born in Novgorod, Russia moved to London to work in finance after studying business at St Petersburg University.

Controversial Mr Rowland divorced his first wife Zoe, with whom he has two children, in 2006 following an acrimonious court battle in which she was awarded a share of his future inheritance. He left school at 16 and seized the opportunity of the dotcom boom to make millions.

His father David, 74, is a scrap metal dealer’s son from South London who left school without any qualifications but found himself rubbing shoulders with English royalty, developing a close bond with Andrew.

He was 226th on last year’s Sunday Times Rich List and has donated £3 million to the Conservatives and is also a former Party treasurer. 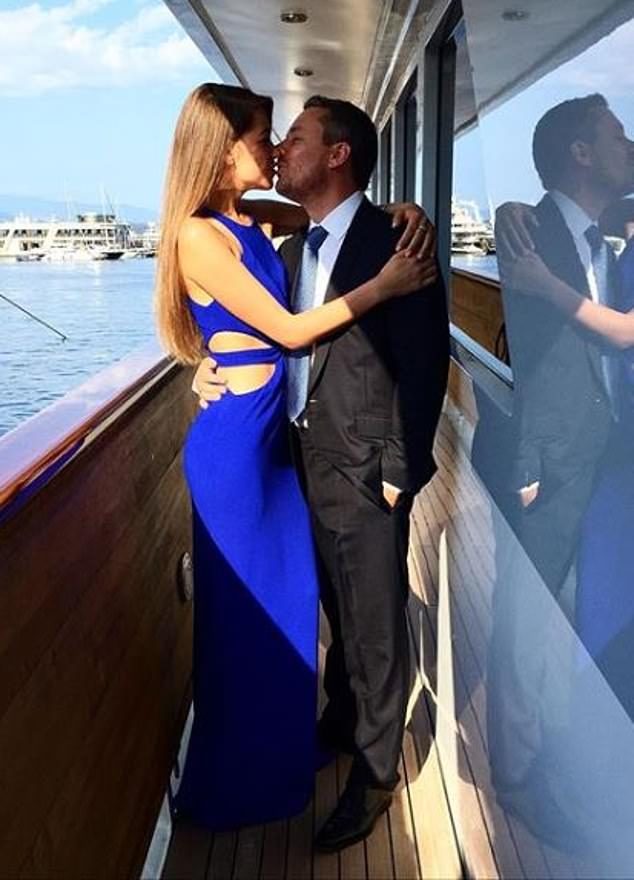 Anya met Mr Rowland six years ago at a business event. They married in 2016 when she was eight months pregnant with their first child and her UK visa was about to expire

The two have been friends since at least 2005 when the Duke of York unveiled a bronze statue of the financier in the grounds of Havilland Hall, Rowland’s sprawling estate in Guernsey.In 2009, Andrew publicly launched the Rowlands’ bank in Luxembourg.

Reports have claimed that he also helped clear some of the Duchess of York’s debts.

His son Jonathan has been criticised in the past for his ties to Andrew who was accused of using his official position to work behind the scenes for the wealthy Rowland family.

This included the Duke taking Mr Rowland on taxpayer funded trade missions to Saudi Arabia and China and plugging the Rowland’s private bank to help them land rich clients.

Leaked messages showed that Andrew and Mr Rowland discussed secretly continuing their controversial business relationship ‘under the radar’ to escape media scrutiny over the Duke’s links to the Jeffrey Epstein scandal, prior to the prince being forced to quit as the UK’s trade envoy.