The comments came after a backlash against the city’s Jewish community following the weekend’s suspected Covid super-spreader party with 69 guests in St Kilda.

One female support staff worker at Royal Melbourne Hospital has been sacked for posting on Facebook that everyone there should be ‘put in the gas chamber’.

‘Any Semitism is unacceptable and evil,’ he said. ‘We have a zero tolerance approach to that in our state.

‘There’s no sense that anyone needs to be harassing anybody and there is never, ever, a place in Victoria for anti semitic behaviour or language, it’s simply evil.

‘We called out some bad behavior yesterday, we didn’t call out a community, because that would be simply unfair and wrong. 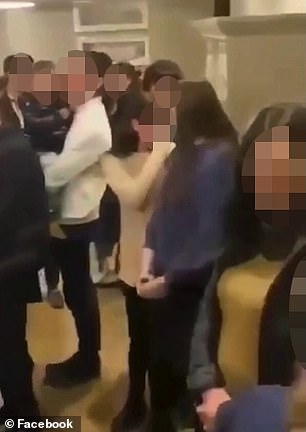 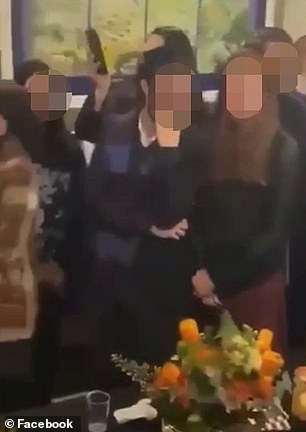 In shocking footage shared online by someone at the party, huge groups of friends and family are seen mingling without masks at the party held mid-week in Melbourne

He added: ‘The event was not was not a function of being Jewish. It was a stupid function. It was an illegal function. There was not an act of faith or culture.

‘Those people are being dealt with them breaking the rules, it was not a reflection on the Jewish community.

‘Anti-semitism is just pure evil. If you want to try it and that sort of stuff will then there’ll be consequences for you too, because it’s just not on

Mr Andrews said he had spoken with Jewish community leaders in the wake of the party who had also spoken out to condemn the engagement party. 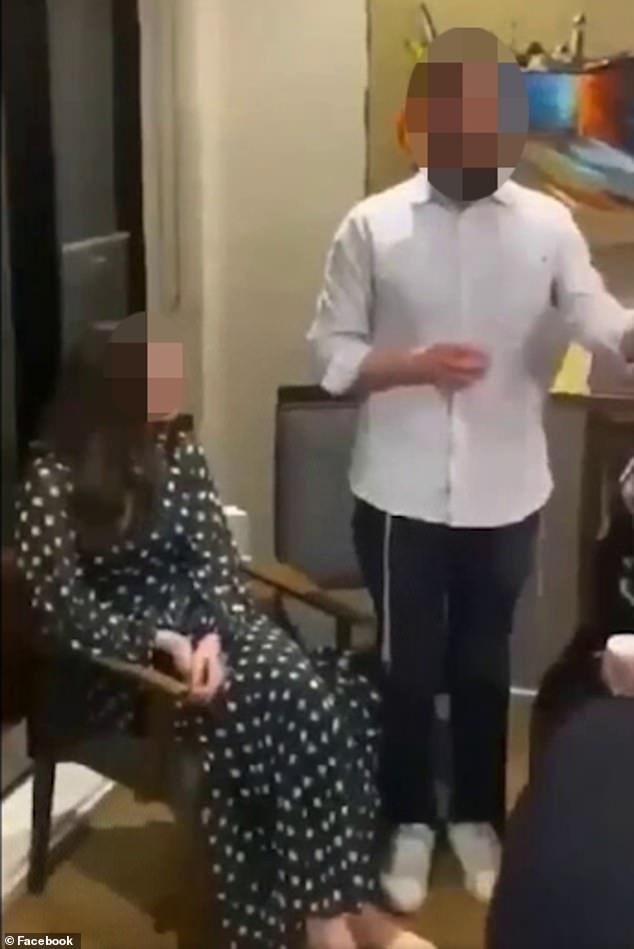 Footage from the gathering showed the unmasked guests openly mocking the lockdown laws they were flouting.

The groom-to-be is seen in the footage bragging about the party’s shady status.

‘Clearly this is legal because this is a group therapy session,’ he jokes, standing next to his bride-to-be as the packed room erupts in laughter.

‘That’s why my father’s here!’ 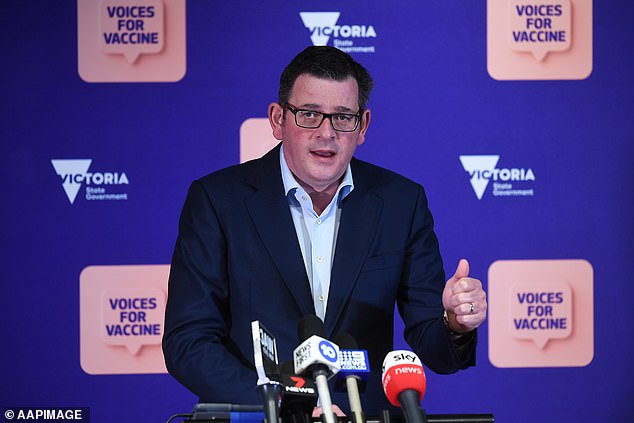 One of the revellers shouts: ‘He’s a mental health clinician!’

He added: ‘If you take off a few for each child, that’s going to be over $350,000 worth of fines. That’s an expensive engagement party.’

The alleged illegal engagement party drew more than 69 guests, with video revealing them laughing at the lockdown laws they were flouting. 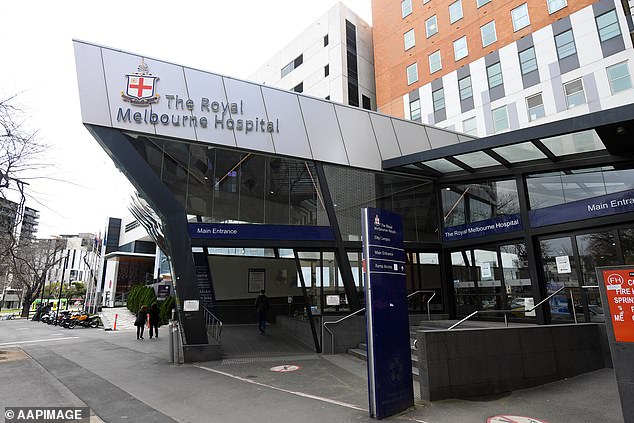 Royal Melbourne Hospital confirmed it had sacked a worker over her ‘abhorrent and disgraceful’ comments about the party online.

‘The Royal Melbourne Hospital is aware of a hospital support staff member who made an abhorrent and disgraceful anti-Semitic comment,’ a statement said.

‘The comment does not reflect the Royal Melbourne Hospital and our values. We do not tolerate racial or religious hatred, contempt or ridicule.

‘The staff member is no longer an employee of the hospital and we apologise for the hurt and anger this has caused.

‘We stand with and support our Jewish staff members, patients and community.’

The engagement and a 200-street party in Northcote saw the a 9pm to 5am curfew put in place and Victoria’s lockdown extended for another two weeks on Monday.

Victoria has recorded another 24 coronavirus cases on the first day of its hardest lockdown since its deadly second wave a year ago.

Just 10 of the new cases were in isolation during their infectious period, and three were mystery cases not yet linked to known infections.

They were diagnosed from 31,519 tests and 25,742 vaccine doses were administered on Monday.