As we head into the World Cup a third of the way through the Premier League season, the club game is put on pause so it’s time to assess the first chunk of the campaign.

Few would have predicted the table as it looks currently, with Arsenal leading the way so impressively and Wolves floundering at the foot of the table.

So, with a moment to breathe following a frantic start to the season, Sportsmail have graded every club’s performance.

Surely not even Edu, the technical director who predicted a few years back that this would be the season Arsenal clicked into gear, thought they would be five points clear at Christmas? Credit Mikel Arteta’s side for showing such sustained brilliance and grit during this punishing schedule. A remarkable improvement.

It was no surprise when the grim slog of the Steven Gerrard era was brought to a halt, with Unai Emery appointed by co-owner Nassef Sawiris to replace the sacked former England captain. Villa believe Emery will deliver European football, but his first job is to pull them away from relegation trouble. 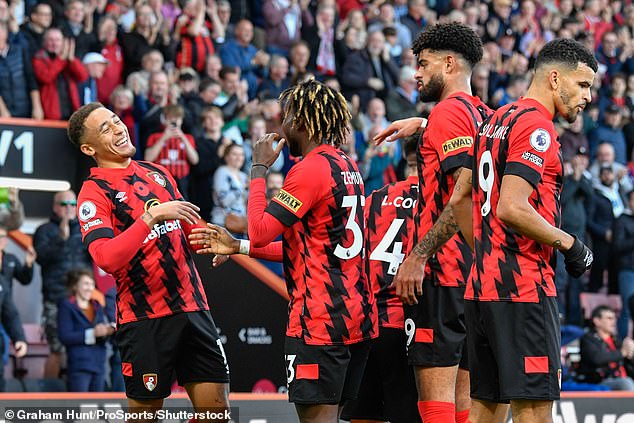 Given how Scott Parker was sacked after all of his complaints and a 9-0 loss to Liverpool, Bournemouth have done well to sit as high as they do now. Caretaker Gary O’Neil deserves credit for that. Marcelo Bielsa next? Maybe.

A win at Manchester City was yet another — perhaps the biggest? — step forward in Brentford’s remarkable rise under Thomas Frank. What a way to usher in the winter break. Results have been mixed, which is to be expected, but Brentford sit in the top half. Could they ask for much more? 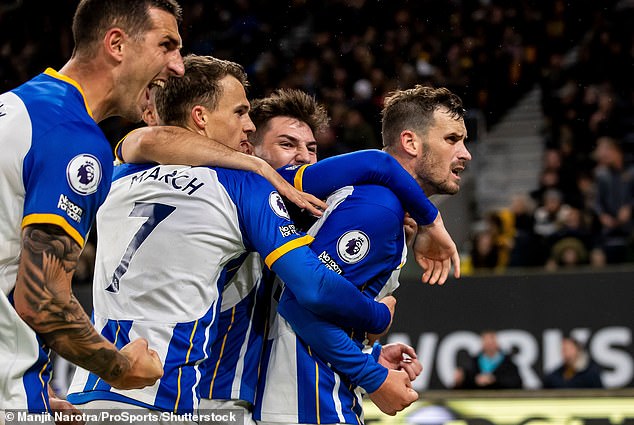 After losing Graham Potter and the tricky start to Roberto De Zerbi’s reign, Brighton have done well to steady themselves and head into the break seventh and in the Carabao Cup last-16. They look capable of building on Potter’s work under De Zerbi and improving on last season’s best-ever ninth-place finish.

Off-field uncertainty has now transferred on to the pitch. Upheaval following a managerial change and injuries have not helped but, Champions League qualification aside, there are not enough signs of where they are going yet and after their spending spree sympathy will be in short supply. Graham Potter needs time, but results help earn that too. 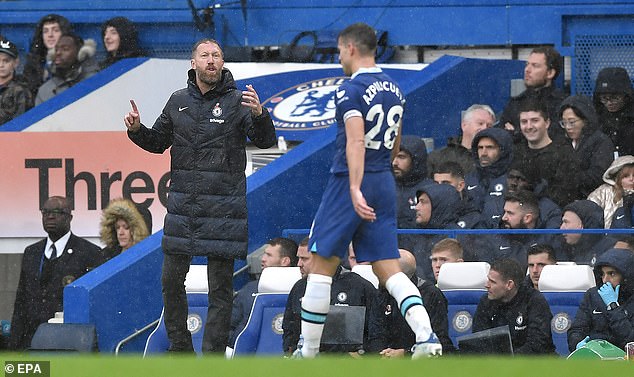 Not really pushed on as many predicted they would under Patrick Vieira’s promising first season in charge. But 19 points from their opening 14 games is a decent return for a club whose remit at the start of the season is always as simple as staying in the top-flight.

Whatever encouragement was gained through seven unbeaten matches in September has disappeared after a miserable sequence of defeats. Frank Lampard is firmly in the firing line, but Everton’s fortunes have been compromised by not having a striker that can score goals. That issue must be addressed in January. 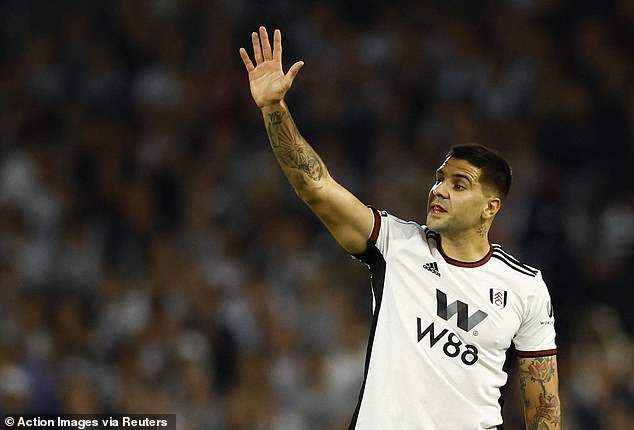 The summer was engulfed by rumoured tensions between manager Marco Silva and the board over the club’s transfer business, but there have been no signs of discord on the pitch. The Cottagers have made an impressive return to the Premier League and have put themselves in a strong position to maintain their top-flight status.

Having enjoyed a memorable 3-0 win over Chelsea in August, Jesse Marsch then looked close to the sack last month after Leeds went eight games without a win. The American was saved by a famous victory at Anfield, but the jury remains out among fans and their season could still go either way. 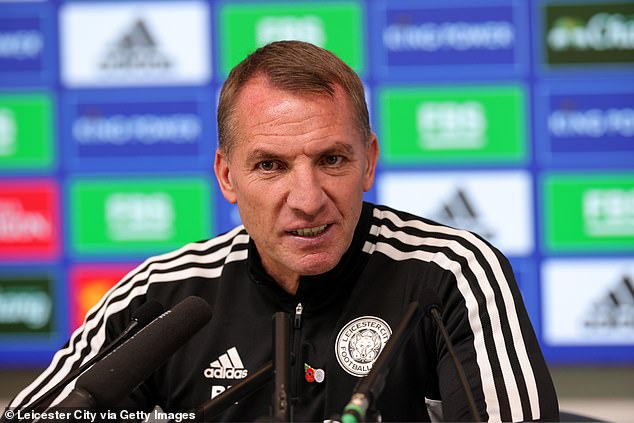 One point from their opening seven matches, and 22 goals conceded, saw fans turn against Brendan Rodgers. But the club’s owners kept faith with the manager and there has been a strong recovery in recent weeks, when Leicester beat Nottingham Forest, Wolves, Leeds, Everton and West Ham and drew with Crystal Palace.

The last two results have changed the landscape for the better but there is still significant room for improvement. There were moments early in the campaign when Jurgen Klopp’s side looked unrecognisable, but he expects they will be a different proposition when the league resumes. They have the potential to win a lot of games. 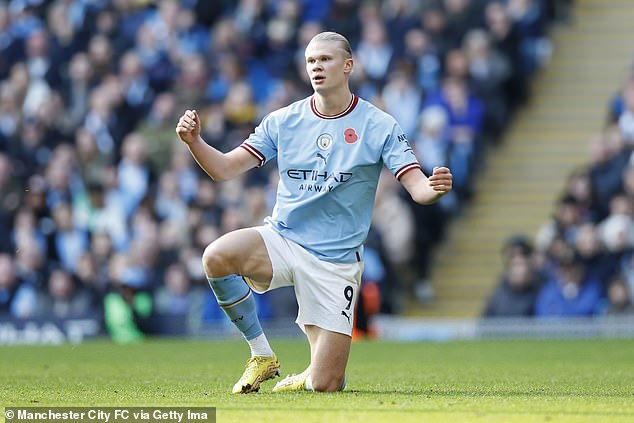 City usually drop a fair amount of points in the opening third of a season, but the defeat against Brentford leaves them with some catching up to do on Arsenal. They were really strong in August, with performances since then generally about par, apart from the demolition of Manchester United. Work to do after Christmas.

Erik ten Hag inherited a difficult situation at Old Trafford, but United have backed him by spending big on new players. After an awful start, the Dutchman will be happy to go into the World Cup break in fifth and on a high after yesterday’s late win at Fulham. 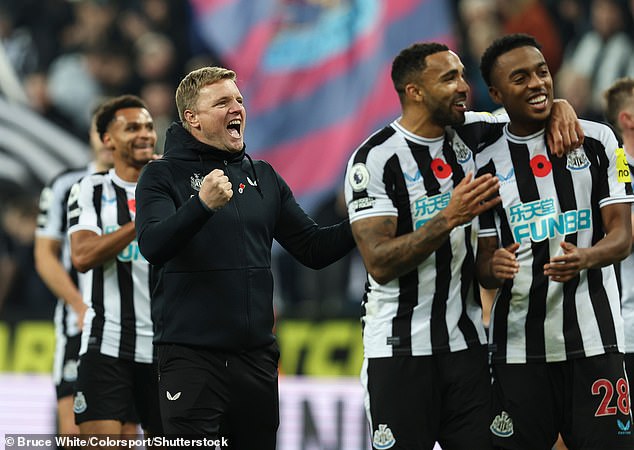 The only thing stopping the award of an A+ is that there is still room for improvement and that is a scary thought for the rest of the division given they are already third on the back of five straight victories. Quite simply, they have been outstanding and, to date, Eddie Howe should be the runaway manager of the season.

A penny for Steve Cooper’s thoughts. With 23 new players signed after promotion, Cooper went from the brink of the sack to a new three-year deal in a few crazy days in October. Apart from the 5-0 thrashing at Arsenal, Forest have been more durable since Cooper’s new deal and they now have a fighting chance. 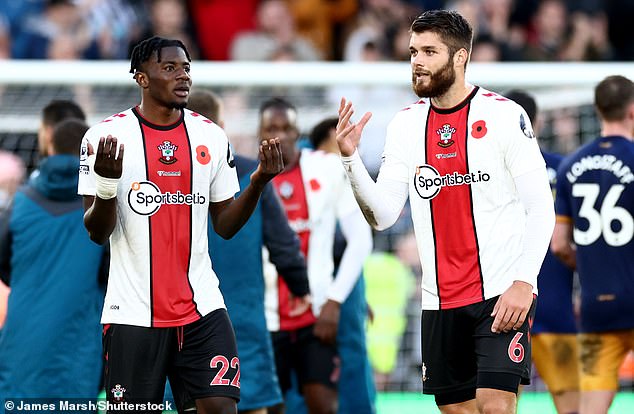 Predominantly poor results cost boss Ralph Hasenhuttl his job, leaving new manager Nathan Jones to pick up the pieces. Things have been unsurprisingly up and down with young players and a failure to buy a reliable striker has cost them dear. Priority for the rest of the season is to ensure they do not go down.

Fourth in the Premier League, three points better off than last season and still in the Champions League, despite being far from fluent and vulnerable at the back. But out of the Carabao Cup and perhaps not the level of progress they expected after summer recruitment. 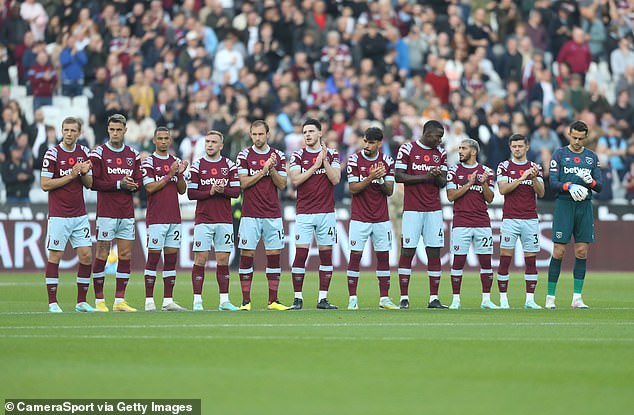 West Ham have, as of yet, failed to continue the domestic successes of last season

Have endured a poor season domestically. Saturday’s loss to Leicester was the latest disappointment in a season that is relying on Europe to make it one to remember. Going well in the Europa Conference League, but their league campaign is faltering.

For the club’s Chinese owners, it is Julen Lopetegui or bust. Wolves finally hired the Spaniard at the third time of asking and while his pedigree is strong, Lopetegui needs to hit the ground running with the club bottom of the table at Christmas. If everything clicks Wolves can get out of trouble, but it will be tough.