Preschool teachers with university degrees are demanding $101,767 salaries, saying they’re underpaid because they work in a female-dominated industry.

The Independent Education Union is pushing for pay rises of up to 49 per cent for their most experienced members.

The Union believes experienced preschool teachers should paid the same as primary school educators, who have the same university degrees.

But the Australian Childcare Alliance argues that if the case is successful, preschool teachers will be making the same as doctors and childcare costs will skyrocket.

Preschool teachers with university degrees are demanding salaries of over $100,000, saying they’re underpaid because it’s a female-dominated industry

‘If we’re successful it will be a very significant case legally, and it will also have a major impact on our early childhood teacher members,’ IEU Assistant Secretary Carol Matthews told The Age.

The IEU argues that early childhood teachers have similar jobs to primary school teachers, but don’t get paid as well because more than 95 per cent of daycare workers are women.

If the Independent Union wins its case for pay rises, other ‘feminised’ industries such as childcare and disability services are also expected to call for similar changes.

The case is being overseen by the United Voice union, which represents more than 100,000 workers in the childcare sector.

The Coalition’s new industrial relations minister Christian Porter said he is keeping a close eye on the pay increase demand.

Childcare workers on the Educational Services (Teachers) Award are on salaries of between $50,017 and $69,208 a year.

Mr Shorten had promised to make it easier for unions to be successful in pay equity cases, saying workers in those industries were paid less because they’re female-dominated. 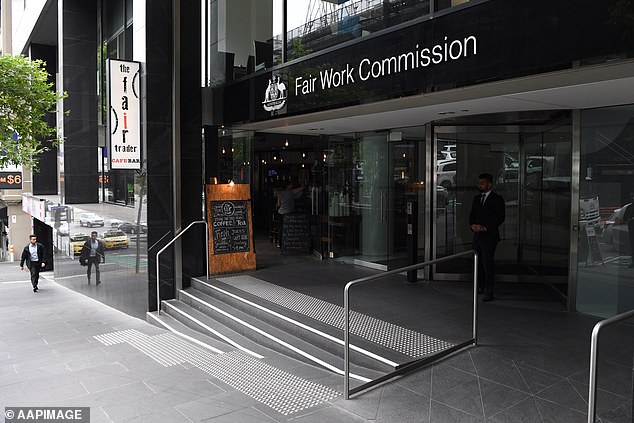 The Independent Education Union is pushing for salaries of up to $101,767 in the Fair Work Commission, and demanding pay rises of up to 49 per cent for their most experienced members

The Independent Union advocate for gender-based pay fairness, and argue that preschool teachers aren’t properly compensated for what they do.

United Voice, who represent childcare workers with diplomas, lost a fair pay case in 2018, but if the IEU wins their current case, United Voice would likely try again.

But the Australian Childcare Alliance, who represents privately owned childhood care and education services, is going up against the IEU.

The ACA wrote to the Fair Work Commission, arguing that if the union wins, the most experienced preschool teachers would be earning the same as doctors, academics and nursing directors.

‘In any case, there are powerful discretionary reasons to refuse the claim, including that the grant of the claim would jeopardise the viability of many services and would substantially increase childcare costs,’ the ACA submission said.