Black community leaders in Portland are hoping to shift the focus of demonstrations in the city back to the Black Lives Matter movement instead of what they say has become a largely ‘white spectacle.’

In an opinion piece for the Washington Post the president of the Portland branch of the NAACP Rev. E.D. Mondainé, said that recent nights of violence has distracted from the original intentions of the protests and that there needs to be an immediate ‘refocusing’.

‘Unfortunately, ‘spectacle’ is now the best way to describe Portland’s protests. Vandalizing government buildings and hurling projectiles at law enforcement draw attention — but how do these actions stop police from killing black people?’  Mondainé asked. ‘What are antifa and other leftist agitators achieving for the cause of black equality?’

The President of the Portland branch of the NAACP Rev. E.D. Mondainé has said he fears the original cause for the protests in the city is being lost and turned into a spectacle

‘I am not suggesting retreat. Instead, I am proposing that we take the cause of Black Lives Matter into those places where tear gas and rubber bullets and federal agents cannot find us, and where there is less risk of spectacle distracting from our true aims. In boardrooms, in schools, in city councils, in the halls of justice, in the smoky backrooms of a duplicitous government — that is where we will finally dismantle the gears of the brutal, racist machine that has been terrorizing black Americans and hollowing out the moral character of this nation since its inception.’

The protests, which began at the end of May after the death of George Floyd in Minneapolis began as a series of demonstrations against racism and police brutality.

‘The protests that have gone on for weeks in Portland and around the country had a very specific origin. The killing of George Floyd in Minneapolis prompted a nationwide reckoning with the original and savage crime of slavery our country committed against African Americans. This crime has been reverberating through every generation in this country, black and white, for 401 years. That monstrous crime has finally caught up with us as a nation. I do not believe it is a time for spectacle,’  Mondainé wrote. 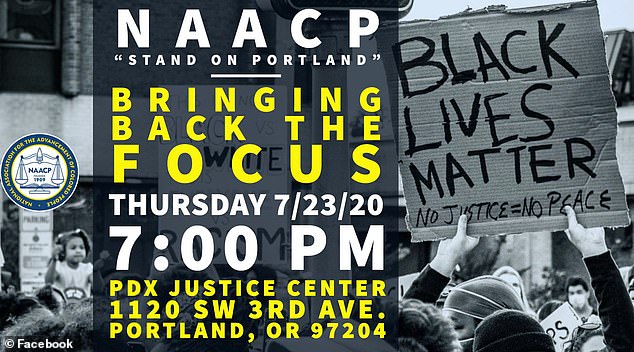 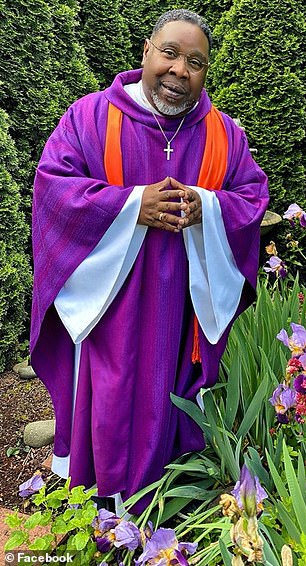 After 58 nights of protests, arguments have broken out over the presence of federal officers on the streets, distracting from the original message he says.

‘I see something else: a beneficiary of white privilege dancing vainly on a stage that was originally created to raise up the voices of my oppressed brothers and sisters … As the demonstrations continue every night in Portland, many people with their own agendas are co-opting, and distracting attention from, what should be our central concern: the Black Lives Matter movement.’

The Portland NAACP has denounced the actions of federal forces in the city but has also criticized ‘mostly white anarchists’ for inciting violence which erupts each night which ultimately descends into a game a of cat-and-mouse between protesters and the police.

‘There is more at stake here than who appears most often on nightly TV broadcasts. Everyone seeking to advance justice in Portland faces great danger. Right now, there are unmarked, unnamed federal forces kidnapping our citizens off the streets without justification or authority. The mayor of Portland and governor of Oregon have asked them to leave, to no avail. We know this is a violation of our Constitution, but with President Trump promising only more occupations in more cities, we ignore this risk at our peril,’ says Mondainé. 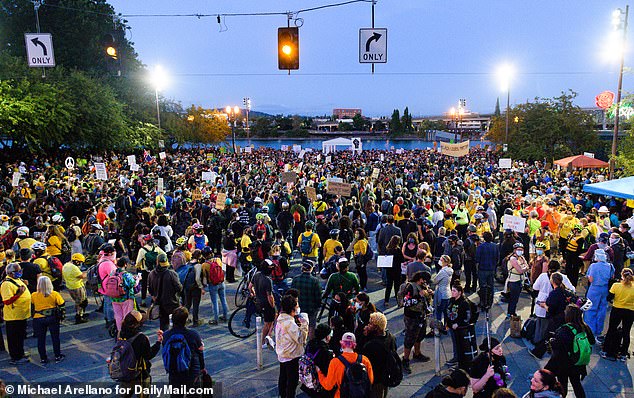 Portland has been rocked by protests for two months but tensions have risen since federal agents entered the city. The protests are pictured here on Friday night

In Portland, black people make up just 6 percent of the population with many of those who are coming to protest over the last two months coming from well outside the downtown area.

Tensions continued to boil over on Friday night as a new ‘Wall of Vets’ joined the Wall of Moms and Wall of Dads to ‘protect’ Black Lives Matter protesters from the federal agents that have been deployed to the city under the president’s orders.

The ‘Wall of Vets’ group appeared at the demonstration for the first time, alongside the yellow-clad ‘Wall of Moms’ who have gathered every night this week.

Fireworks were let off into the night with some demonstrators pushed against the fence protecting the courthouse soon after 11pm local time, while federal agents blasted the crowds with tear gas. 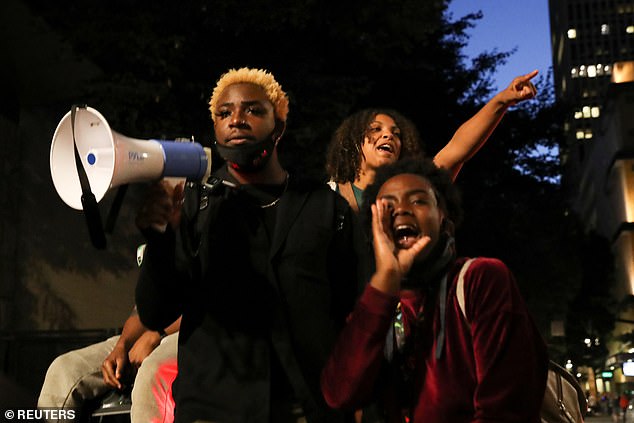 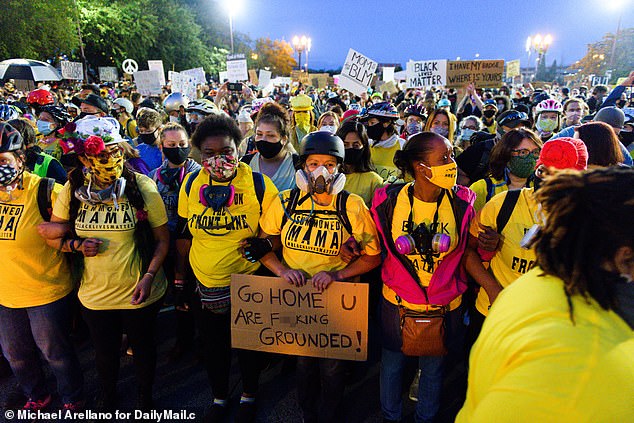 Mondainé says he is grateful for the support ‘from our white brothers and sisters in this struggle’, but he wants those taking part to question whether their actions will ‘further the cause of justice’ or ‘are simply for show’. ‘Is this another example of white co-optation?’ he asks.

‘The Trump administration’s actions in Portland are a deception. The federal government’s response is no display of strength — rather, it is a deliberate cover for Trump’s weakness …They need to distract the country by engaging our movement in empty battles where they have the advantage.

‘What is happening in Portland is the fuse of a great, racist backlash that the Trump administration is baiting us to light. We cannot fall for their deception. We cannot settle for spectacles that endanger us all. This is a moment for serious action — to once again take up the mantle of the civil rights era by summoning the same conviction and determination our forebears did.’ 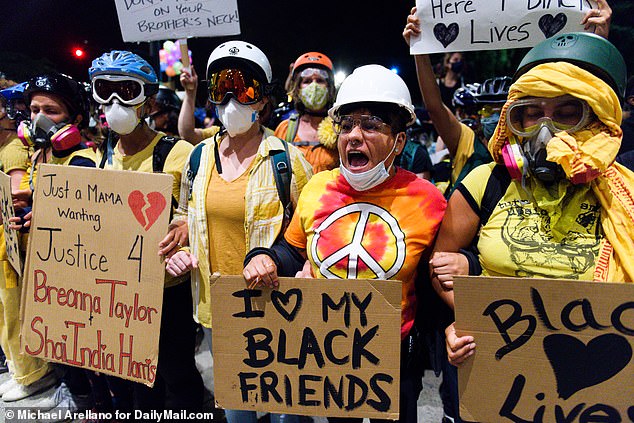 A group of women who call themselves the Wall of Moms has drawn national attention, clad in bike helmets and goggles. They link arms to form a protective barrier between law enforcement and Black Lives Matter protesters