A headmistress has won a restraining order against a lovesick ex-policeman after he showered her with balloons, gifts and even confetti during a doomed attempt to rekindle their six year romance.

Caroline Beaumont, 47, was harassed at her home by 50-year old Basil Thomas after he regretted dumping her by text.

Over a five month period, Thomas who now runs a private investigations firm, bombarded Miss Beaumont with messages and texts pleading with her to take him back.

But when the mother of one said no, Thomas would turn up at her house in the village of Bollington, Cheshire and on Valentines Day covered her car in confetti and love hearts and left a card, gifts and balloons on her doorstep.

Despite pleas by Miss Beaumont for Thomas to leave her alone, he also turned up uninvited at the house of the teacher’s terminally ill mother in the hope of speaking to her and sent her daughter a birthday present.

The victim – who is headteacher at Park Royal community primary school in Macclesfield – was forced to change her phone number and email address. She twice asked police for advice but eventually formally reported Thomas after he continued to pester her.

In a statement she said: ‘The intensity of the letters, emails an visits to my home increased and I felt more and more distressed he has continued contact with me and my family. I am more concerned about what he will do next, I have been devastated by his continued contact.’

At Stockport magistrates court, Thomas of Macclesfield admitted stalking and was banned from contacting Miss Beaumont for two years under the terms of a restraining order. He was also sentenced to a 12 month community order, was ordered to complete 175 hours unpaid work and will have to pay £85 costs.

The court heard the pair had started dating in 2012 but Thomas ended the relationship in a text to Miss Beaumont on Christmas Day last year. 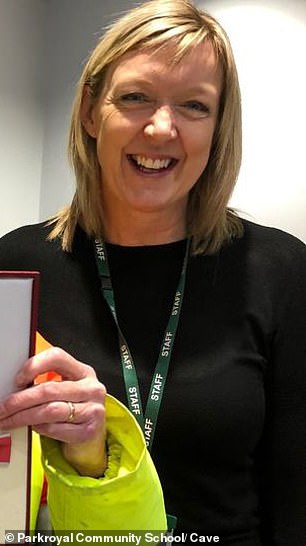 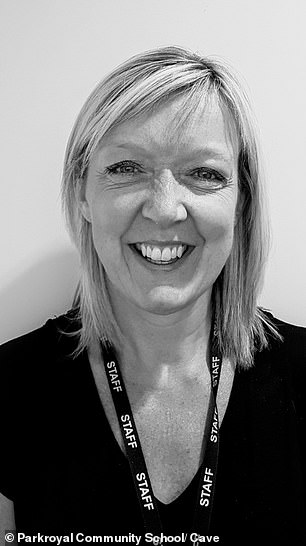 Caroline Beaumont, pictured, reported Thomas to the police after he kept trying to to contact him despite being told that she was no longer interested in seeing him again

Prosecutor Robin Lynch said: ‘Shortly afterwards he contacted the aggrieved saying he regretted the decision – but the aggrieved said that she no longer wanted to be in a relationship with the defendant.

‘Around this time he then turned up at her front door but she contacted him by phone to advise him that the relationship was over and to leave her alone. It appears the defendant has refused to accept this position and in January there was an escalated number of unwanted messages and he then contacted the aggrieved’s parents.

‘She reiterated via email that the relationship was over but the defendant continued to try and maintain contact using his phone and email address.

‘There were a number of incidents where the defendant attended at her home address. He covered her car in confetti and metal hearts were placed on it. An envelope was left with Valentine’s items and balloons tied to it on the front doorstep.

‘She sent him a further email asking him to leave her alone and on February 16 she contacted the police to ask for advice about what was occurring although no formal complaint was made at the time.

‘On February 19, the defendant emailed the aggrieved and apologised for his behaviour but then in March the behaviour escalated again – there were emails on March 3 and various text messages.

‘None of them were threatening and there were in fact no threats made in any of the contact whatsoever. But during an incident on March 8 the aggrieved was taking her daughter to a friend’s house when he drove up alongside her.

‘This concerned her, and she sent him a text on the March 9 stating that she had received unwanted attention and asking him to stop harassing her. He replied that he would stop but then sent her a birthday present that was for the child rather than for herself. 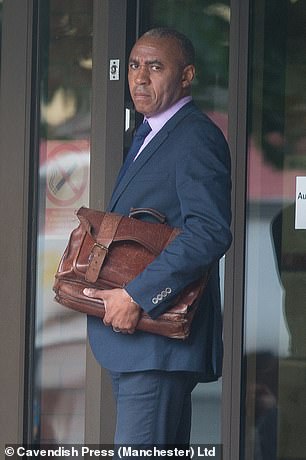 Thomas, pictured, was advised to keep away from Ms Beaumont in future

‘He again contacted her saying he had managed to arrange educational trips for them to attend together – and he even sent her a passport forms to fill in. That was sent back and again the aggrieved contacted the defendant again saying that she didn’t wish for any more contact.

‘Again the aggrieved asked for advice from the police however she didn’t want the police to get involved. About that time her mother became ill she changed her mobile number, blocked him on social media and on email and ensured that no mutual friends had her new details.

‘On April 5 she was at a public house when he drove past her. This shocked her and then she realised that the defendant had made efforts to speak with her and left a note outside her parents address. In April he was at the end of her drive way and another time the defendant knocked on her door and asked to come in as he claimed he was having a panic attack – she refused to let him in.

‘On April 28 she returned home from her parents’ house and some flowers were on her doorstep and later that day she saw him looking through her bin outside that greatly concerned her. Her mother was terminally ill at the time.’

In mitigation defence lawyer Lisa Morton said: ‘It was clear the relationship was going through some difficulties. The text was off the cuff and he instantly regretted it but he met a block where she wouldn’t then speak to him or communicate in any way.

‘He did want an opportunity to try and talk things through up until March – he was simply trying to do that.

‘It was a long-term relationship and her daughter was very young when they first got together and he has been around for most of her life. He has sent a present for her daughter but it has to be accepted that she had told him that she didn’t want any more contact with him.

‘As regards the contact with her parents, he did know that her mother was ill but not that she was terminally ill. That contact isn’t surprising given the background of the relationship – they were effectively his in-laws.

‘There have been far reaching consequences for him, he served as a police officer for several decades he has been self-employed doing various work for different agencies. The other work had come to an end as a consequence of this particular charge.

Sentencing JPs told Thomas: ‘It is a serious offence – our advice to you is just keep away from Mrs Beaumont. You have probably learned a lesson.’