This is the first picture of a builder whose body was found buried in his back garden as his primary teacher partner appeared in court charged with murder.

Fiona Beal, 48, was today charged with murdering Nicholas Billingham, 42, between October 30 and November 10 2021.

Wearing a grey sweatshirt, she gave her address and date of birth from the dock to the panel of two JPs in Northampton.

Neighbours at her terraced house in Northampton said that she and Mr Billingham had bought the £225,000 terraced property in 2020 and had a daughter together. 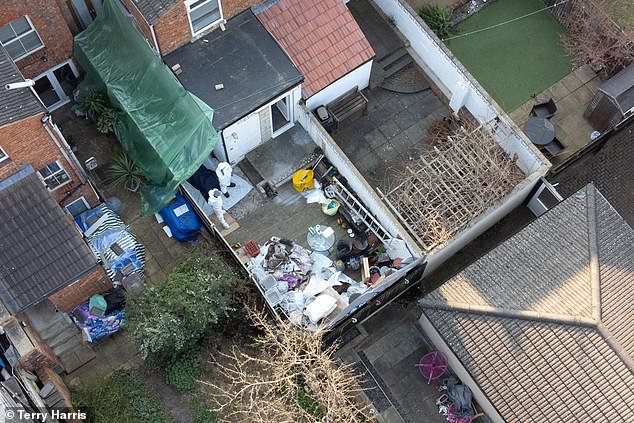 Ms Beal was arrested at a hotel in Cumbria on Wednesday, 200 miles from her home, after police with sniffer dogs had discovered a body buried in her back garden.

Police said the remains are due to be forensically examined by a pathologist in Leicester but are believed to be those of Mr Billingham who has been on the missing persons’ list.

Detective Chief Inspector Adam Pendlebury from Northamptonshire Police said: ‘We believe it (the body) to be that of a missing 42-year-old male, but formal identification is yet to take place.

‘This remains a complex and challenging investigation and we are appealing to anyone with information to contact Northamptonshire Police.’

Prosecutor Stella Moses asked for the case to be committed to the crown court.

Defending, Neil Clarke made no application for bail.

Beal’s next court appearance will be at Northampton Crown Court tomorrow.

Today, Eastfield Academy in Northampton – where Beal worked – said it was ‘shocked and saddened’ to hear she had been charged.

‘We were shocked and saddened to hear that one of our teaching staff as been charged with a very serious offence and is now remanded in custody.

‘We are particularly mindful of the impact this news will have on the children, and will be doing everything we can to support both pupils and staff as we work through this difficult time together.

‘This is an appalling tragedy that will shake our school community to its roots, and it’s at times like this that we must rally around each other, support each other and be kind to each other.’

Neighbours living on the street where Mr Billingham’s body was found today spoke of their shock following the grim discovery.

One resident, who did not want to be named, said: ‘The guy who lived there helped me out about two years ago pushing the car in the ice.

‘He was a smallish chap, very fit looking. I haven’t seen him in this street since late July. It could even go back a bit later than October.

‘He was such pleasant guy, ever so nice. We had some snow and ice and he helped pushed my car out for me.

‘He was self employed with his details on the side of the van. We waved to each other a couple of times but nothing more than that.

‘It was a complete shock for something like this to happen on the doorstep.’ 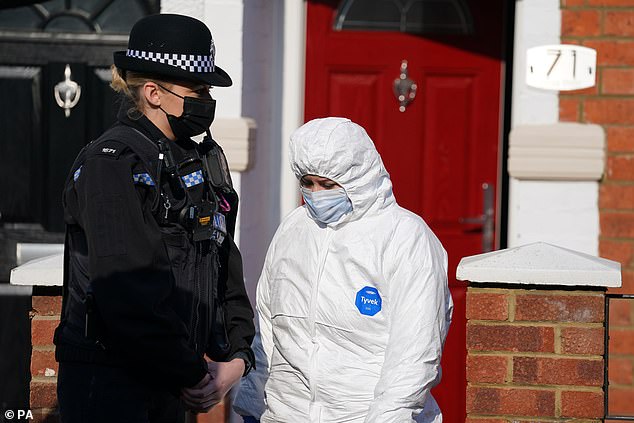 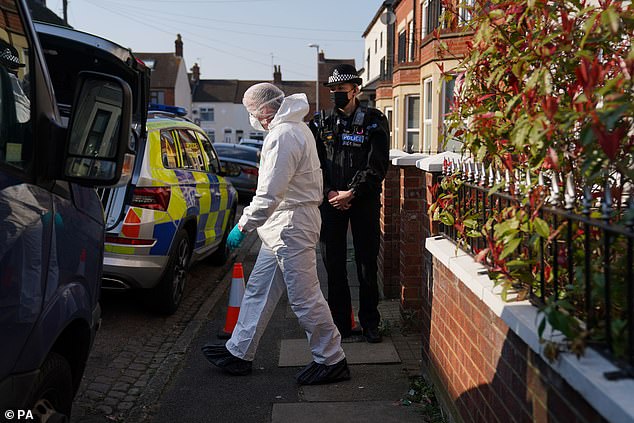 Neighbours at her terraced house in Northampton said that she and Mr Billingham had bought the terraced property in 2020 and had a daughter together (pictured: Police at the scene)

Another neighbour said: ‘I knew him, he was a builder. I used to say hello to him but I didn’t really know her.

‘He’d been there about a ye

Earlier, a neighbour told of their shock at Beal’s arrest after revealing that she had visited him for tea multiple times.

The neighbour, who asked not to be named, said Beal and her partner, a builder named locally as Nick Billingham, had bought the house in 2020 and had a daughter together.

The neighbour added: ‘He [Mr Billingham] had struggled for work during the pandemic so I offered him some work.

‘I can see his garden from my house. It’s just piles of mud.’

Parents of children taught by Beal, believed to a Year 6 teacher, expressed their shock after she was charged with murder.

Safera Yacen wrote on Facebook: ‘So sad and shocking news. She was my son’s teacher.’

Chantelle Wain added: ‘This is terrible. My daughter’s teacher.’ 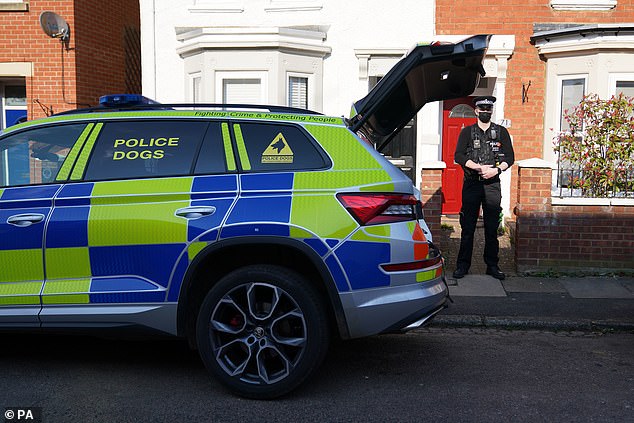 Ms Beal was arrested at a hotel in Cumbria on Wednesday, 200 miles from her home, after police with sniffer dogs had discovered a body buried in her back garden