Scott Morrison has attempted to speak Greek during a reading at an Orthodox Easter service.

The Prime Minister joined the faithful including Greece’s visiting Minister for Culture Lina Mendoni at a Greek Orthodox Church in Kogarah in Sydney’s south on Saturday night.

Accompanied by his wife Jenny, Mr Morrison lit candles before addressing the 1,000 parishioners in attendance about ‘unity’ during the sacred time of Easter.

Orthodox Easter is celebrated about a week after western churches such as Protestants and Catholics due to observance of the the Julian calendar, which predates the modern Gregorian calendar. 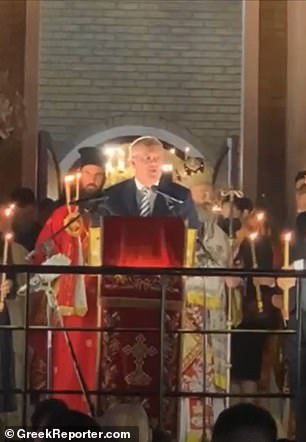 Mr Morrison called for peace, particularly in Ukraine, during his speech.

Mr Morrison then spoke a few sentences in Greek which translate to: ‘Christ is risen from the dead, trampling down death by death and to those in the tomb, grant him life’.

The gathered Christians briefly cheered when Mr Morrison managed to get through reading.

He then continued on, thanking the congregation for their ‘great sense of community’.

‘You are lighting up the country, with your faith and your belief and your community. And this enables us, I think, to move forward with great confidence.’ 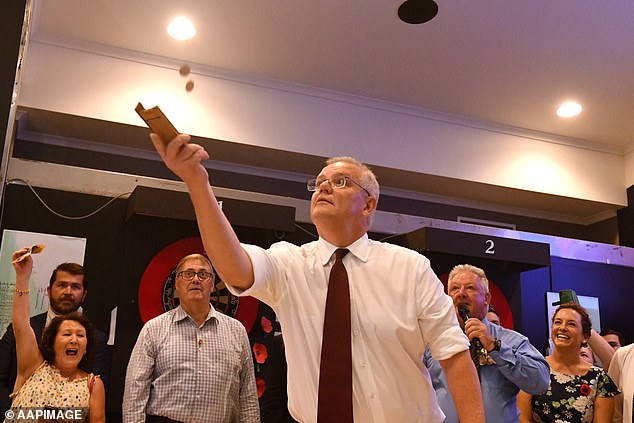 The footage of Mr Morrison attempting to speak Greek was shared to social media and met with a mixed reaction.

‘So Easter service can be used as a political rally?’ one person asked.

‘That was nice and he didn’t do too bad. The last PM to do this was Tony Abbot,’ a second person said.

‘Why didn’t he go to a Ukrainian Orthodox service considering the situation there?’ a third asked.

‘Because there are a lot more Greeks in Australia that vote,’ a commenter replied. 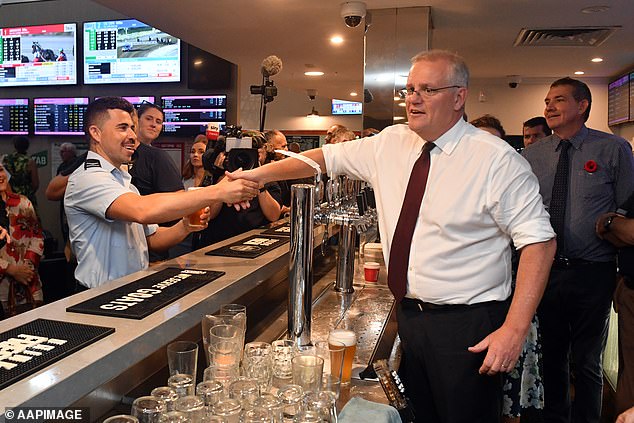 Mr Morrison said as Australians honoured their own fallen who fought for liberty and freedom, ‘we stand with the people of Ukraine, who do the same thing at this very moment’.

‘Our world is changing. War does strike Europe again. Coercion troubles our region once more and an arc of autocracy is challenging the rules-based order our grandparents secured,’ he said.

Mr Albanese said in a video message the Australian character was confirmed at Gallipoli and since then Australians had ‘stood steadfast as warriors and as builders and keepers of the peace’.

Orthodox Easter or ‘Pascha’ is celebrated on a different day to western churches because of the observance of the Julian calendar – this can be on the same date, or anywhere from a week to a five weeks later depending on the year.

There are no chocolate eggs, only red coloured eggs which are consumed on Easter Sunday – along with a sweet Easter bread called ‘Tsoureki’ and cookies called ‘koulouria’. 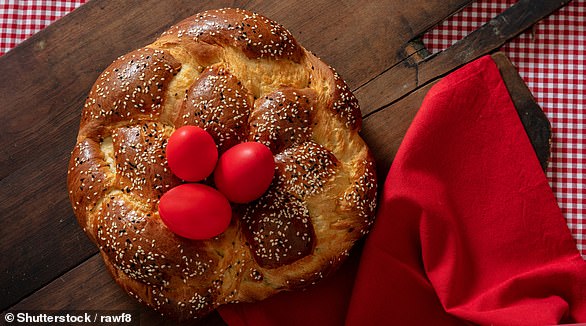 Easter Thursday and Friday are sombre days and church on Saturday evening is a widely followed tradition where candles and fireworks are lit.

Easter Sunday is a celebration and feast with a tradition to clink the red eggs together and say ‘Christos Anesti’ (Christ has Risen) to which the other person replies ‘Alithos Anesti’ (He has indeed risen).