‘Don’t waste your money’: Scott Morrison records a secret video urging asylum seekers and people smugglers not to make the journey to Australia warning ‘you will not succeed’

By Lauren Ferri and Charlie Coë For Daily Mail Australia

Prime Minister Scott Morrison has recorded a secret video to warn asylum seekers and people smugglers against making the journey to Australia.

Mr Morrison’s speech will be beamed across people smuggler hotspots around the world with a clear message: ‘You will not succeed.’

The two minute clip was recorded in Canberra on Friday and is expected to be translated into 15 languages.

It will begin to make the rounds on the internet within two weeks.

The video opens with Mr Morrison introducing himself and saying he has a simple message for anyone who wants to come to Australia illegally by boat.

‘The Australian Government has zero tolerance for people smuggling and illegal boat travel to Australia,’ the prime minister says.

‘No one who attempts an illegal boat journey to Australia will ever be allowed to settle here.’

He then warns the government has stopped people smuggling for four-and-a-half years and has since returned more than 800 people to their country of departure.

Mr Morrison reinforced that all boats will be intercepted due to tight border protection laws.

‘Make no mistake, if you attempt to come to Australia illegally by boat, you will not succeed,’ Mr Morrison said. 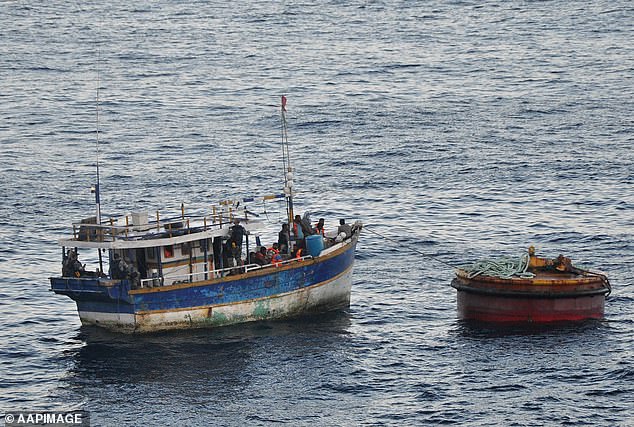 In an attempt to stop people smugglers coming to Australia, Mr Morrison recorded the video with a clear message – they will not succeed (stock image)

‘So do not waste your money or risk your life or anyone else’s life for nothing.’

Ten to 15 second versions of the video will be played on YouTube and other digital channels in the next few months.

The video comes following the passing of the Labor-backed medevac bill.

It has since been revealed 50 boat people at Manus Island and Nauru have been red-flagged by the government as a security risk.

The bill, which will make it easier for asylum seekers to get medical treatment in Australia, passed the parliament this week. 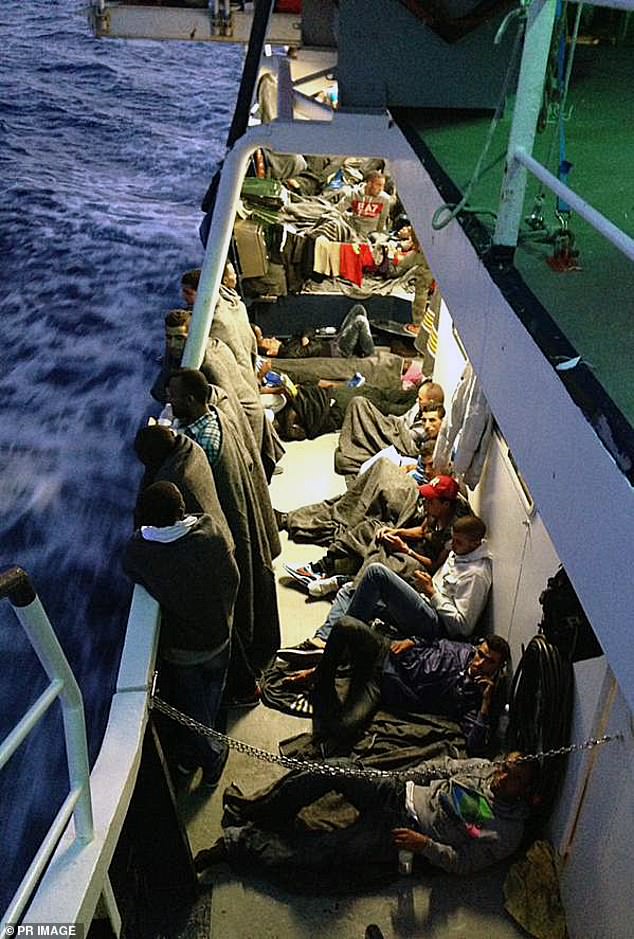 The legislation in the House of Representatives was passed by 75 votes to 74 after Labor were joined by the Greens and all independents except Bob Katter.

A Pakistan-based people smuggler said his former bosses were encouraged by the prospect of a Bill Shorten-led government.

‘People know the big politicians are different: Malcolm Turnbull and Scott Morrison, and of course they know (Bill Shorten),’ he told The Sydney Morning Herald.

As the fiercely-contested new laws passed the senate on Wednesday, the prime minister warned changes could restart the people-smuggling trade.

‘My job now is to do everything within my power, and in the power of the government, to ensure that what the parliament has done to weaken our borders does not result in boats coming to Australia,’ he said.

The prime minister also announced plans to reopen the Christmas Island detention centre to guard against the feared influx in asylum-seeker boats.