Disarray within the government this week has distracted Australia’s new Prime Minister from his beloved NRL.

As he began his first day in his new role on Saturday, Mr Morrison told Nine News the commotion made him forget about his team, the Cronulla Sharks.

‘In all the events I forgot to do my footy tips this week,’ he joked. 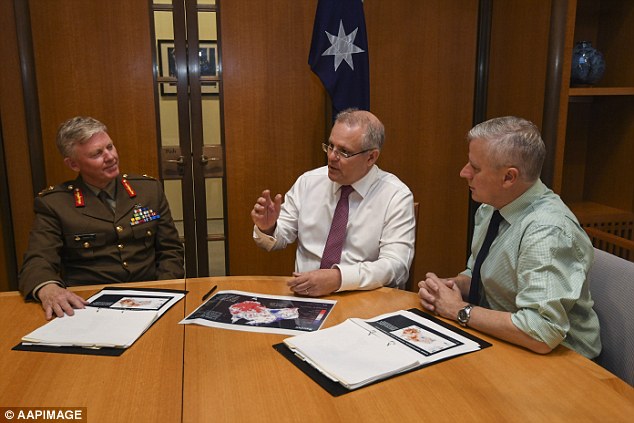 ‘There’s a lot to do today, so i’m looking forward to getting there and making sure we get everything in place that we need to do,’ he continued.

‘We’ll be meeting with some colleagues today as we pull the ministry together and make some announcements about that over the weekend.’

Mr Morrison is known in political circles as ‘ScoMo’ and is a proud local from the Cronulla Shire in Sydney.

The south-Sydney NRL team showed their support for Mr Morrison on Friday.

‘UP UP SCOMO – SCOTT MORRISON PM,’ a sign at their football club read.

The 50-year-old is the club’s number one ticket holder and even joked during his first press conference as prime minister-elect that he would like to convert all Australians to become Sharks fans.

‘That is not going to be a matter of national policy, I assure you!’ he joked.

In the press conference, Mr Morrison assured dubious voters ‘we are on your side’ during his first official address as PM on Friday. 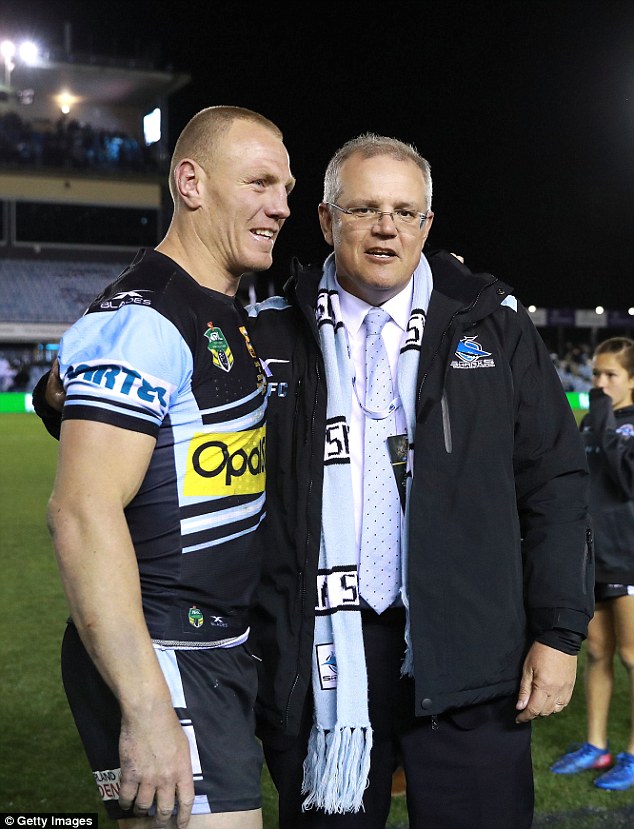 He focused on issues such as the nation-wide drought, electricity prices, chronic illness healthcare and economic management.

However, Mr Morrison’s first job is to decide on his new cabinet.

Australia’s 30th Prime Minister has a huge task ahead of repairing the bruised Liberal Party after it faced the week-long internal battle, in the hopes of beating out Bill Shorten at the next federal election.

Peter Dutton and Julie Bishop are expected to hold onto their current senior portfolios, while Tony Abbot is set to remain in political wilderness.

The full ministry is expected to be revealed over the weekend. 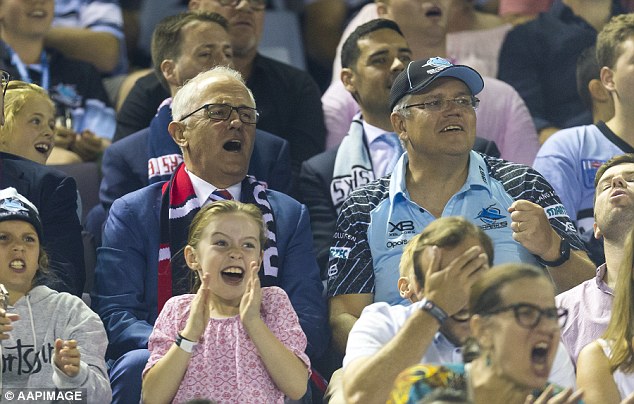 The 50-year-old is the club’s number one ticket holder, here he is pictured at a Sharks game with former Prime Minister Malcolm Turnbull